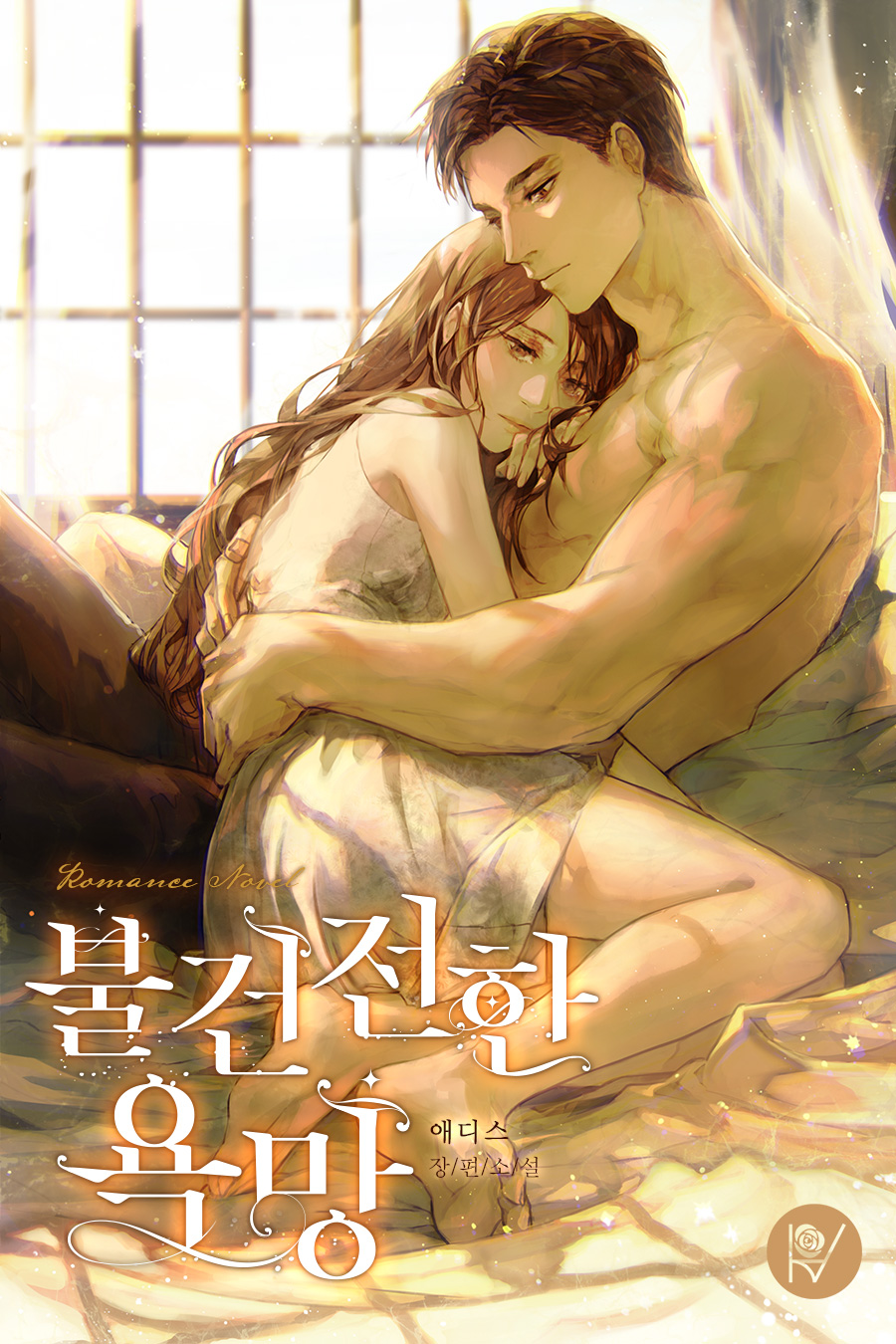 One entry per line
Addies
애디스

One entry per line
HABAN

Status in Country of Origin. One entry per line
122 Chapters (Complete)

One entry per line
Bookpal
Naver

As a lonely orphan and a corporate heir, the lives of Seo Yeonwoo and Lee Seokheon couldn’t be any more different. Due to this, Yeonwoo has been unable to refuse Seokheon’s advances to be his s*x partner. But as Seokheon’s grandfather was the one to take Yeonwoo in when she was orphaned, the guilt of sleeping with her savior’s grandson weighs heavily on her mind.
She finally draws the line when Seokheon pulls out a wedding ring, professing that he’s willing to go against his parents’ wishes and marry Yeonwoo. No longer wanting to become a burden to Seokheon’s family, Yeonwoo decides to pack her bags and run far away.
But just when everything seems okay, Yeonwoo learns that she has an unexpected baby on the way…

These are recommendation lists which contains Destructive Desires. You should give them a visit if you're looking for similar novels to read. Alternatively, you can also create your own list.
More Lists >>>

Your run-off-the-mill complicated lover's situation where communication issues have become once again the root of all evil, but hey, they have a hot consensual sexual relationship instead that will turn dubious in the turn of events. Both are scarred in their ways, both have hurt each other, whether it was in the past or present. sh*t tier in romance, gold tier fantasy bad romance sex, but it's complicated for all the right reasons I can't get mad for (premise-wise) with the exception of MC's doormat, whimsical and cowardly personality.
One thing... more>> to be clear with; MC's completely physically attracted to him, emotionally it might be complicated, but she wants him bad but doesn't show.
There are plentiful other elements that are destructive and complicating but their desire for each other is undeniable; a spot-on title.
The villain of the story was also pretty nice, nice in a way that made me slightly conflicted but still loathe them, they're not straight up bad for the sake of being bad.
Elaborated spoiler & personal opinion:
Spoiler

Let me be clear, I'm normally very harsh on the guys in destructive romances. The biggest problem with why he became unrulily overbearing and tyrannical is because of MC and plot convenience.
They met at a very unfortunate time. ML's childhood was bleak.
His father was an utter scumbag who was screwing other women behind his wife's back.
His mistress became pregnant with a daughter and he was basically raising another family outside.
The mental damage to his mother lasted for decades until he found out when he was in his mid-teens and became indirectly a trigger for the mistress to overtrump the madam and usurp her spot as the lady of the house.
Blinded by rage, he childishly began to slander the mistress online, but it escalated to the point of police involvement. His mother had to face direct confrontation with the mistress in a bad spot of asking for her forgiveness not to press any charges.
Like a straw that broke the camel's back, his mother later committed suicide and the mistress soon after moved in as the new madam with her daughter.
Ironically the scummy father moved on from the new madam in a flash and sought out new fresher fruits to pick and hardly ever came back home like he had done before to his first wife.
Time passes and ML started his compulsory military services.
It was also then, that MC came into the picture as the CEO grandfather's friend's granddaughter.
The rich grandfather was very kind to his friend's granddaughter and showered her with care and love, which the stepmom had to endure.


Her daughter was never able to be intimate with the head of the family or her half-brother. In her eyes, MC was enjoying the luxury her daughter deserved before she pitifully succumbed to an illness.
Soon after the MC's grandfather died in a tragic car accident and ML's grandfather decided to support the now orphaned MC however he could. This is when ML happened to return and was told once again to act nicely towards another new outsider living in his home.

The hostility inside him rose to a new level and he saw MC with clouded biased eyes regardless of her situation. With MC living under the same roof, in the unknown of the delicate situation, she was bound to step on his foot and deepen his hatred for the strangers cohabiting with him.
That's their first misunderstanding.
It soon escalated once ML found out how much MC's presence and grandfather's kindness and care towards her can shake his stepmother up. Using this new opportunity as a tool for revenge, he acted as an ideal brother, tutoring her, praising her in front of his grandfather and stepmother.
That didn't stop him from showering her with petty, demeaning, and cynical commentary in private.
He went one step further to blackmail her to act along with his schemes in acting against his stepmother.
Though I have to say, that method was extremely childish and harmless, considering he was a young adult at the time. He found out that someone confessed to her and told her he'd snitch on her, claiming his grandfather didn't approve of puppy romance.
Under no normal circumstances, a high schooler would fall for it, MC falls for hook line and sinker (blatantly obvious plot convenience) and becomes a willing cannon fodder against his stepmother.
Seeing his stepmother finally cracking and exposing her ugly self in front of the grandfather, he left in satisfaction for overseas.
It wasn't until he came back home, he realized that MC wasn't what he thought she was.
Her affectionate docile self in front of his grandfather wasn't a ruse to wedge herself into their family.
Instead, she was carrying all sorts of emotional burdens and scars from that experience and lived like a ghost in her small apartment.
Seeing how bad it was, he began to care for her, the complicated relationship begins.

Now, see, if they knew of each other before, may it even be shortly before her grandfather's death, things might've been different.
The first impression couldn't be any worse. She was to him on the same level as the hateful mistresses illegitimate daughter. The first thing he was told to do after coming back was to treat another stranger as his family.
Under the grandfather's care, she was unwilling and reluctant to stir up trouble under his roof, so she was enduring it all, but it might've seemed hypocritical, deceitful, and fake towards ML.

It's written that MC can handle criticism and contempt, but in reality, she's all burying it deep down. She's great at avoiding and running away, but when it comes down to push and shove, she falters.
She failed to reject his marriage proposal and meekly gave into another steamy night. She went along with the flow of accepting the marriage while preparing for her exit.
Bizarrely in those shitty Korean romance novels, female leads run away because they're mistreated, this one runs away from happiness.
She thought she'd be tossed aside like a sock after he finds a worthy marriage prospect and she'd be the one left with lingering feelings.
But now all of it turns for the better and she can't... handle it?
Because of her deep-rooted insecurities and lack of self-worth, she had written off their relationship completely as sexual only.
She shows her cowardice in all the years she could've confronted him in what she meant to him, then she led him on thinking they'd live a married life together, quite literally lifted the man up high in the clouds and let him plummet down a cliff, roll, and drop into the oceans deep.
Again, if she felt guilty she'd have at least told the grandfather something, but no, she up and left without a word to anybody.
As if it wasn't bad enough, she keeps lying, now saying her child in her stomach is from another man, months after ML managed to find her.
I could literally hear a landmine going off. She stepped all over his heart, then stepped on his childhood trauma. If you don't snap under those circumstances, I don't know what will.
He (in c-novel terms) completely blackens and the bad romance rolled off. MC discredited herself enough at this point for him to not believe anything she says as he becomes more and more volatile.
The things he did from there on are inexcusable but it gave off the feeling that they were being dramatic for the sake of being dramatic and the whole disaster was avoidable with proper communication (two main topics 1. their relationship 2. abuse from his stepmother +/- others).
Speaking of stepmother, I do love the cannon fodder half-sister machina here. She's the main reason why stepmother becomes as bad as she was in the end. She received her own share of torment over the years, by her own bad decisions nonetheless, but the thing she wouldn't live down for was the unjust treatment the family had towards her daughter. Although she's an absolute B, I can empathize with her feelings for her daughter.
Character set up and story premise completely makes sense to me but the way it developed just left a terrible taste in my mouth.