Novel Updates
RegisterLogin
Theme
Search
Your changes has been saved.
Advertisements
Daughter-in-Law of a Noble House 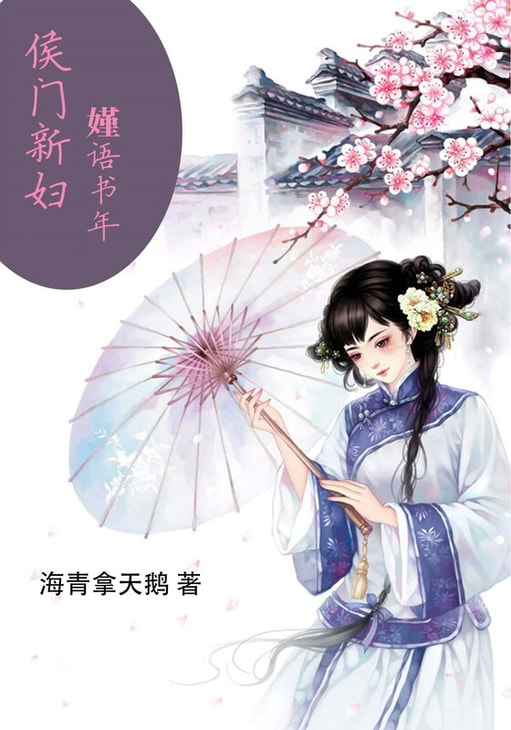 Status in Country of Origin. One entry per line
127 Chapters (Completed)
2 Epilogue (Completed)

There was chaos throughout all lands under Heavens, while warlords were vying for supremacy.

Fu Jin, the daughter of an exterminated noble clan, was forced to marry Wei Tan, an ambitious and formidable eldest son at the apex of his life.

This new daughter-in-law of the noble house received the solicitude of the officials and overturned the internal strife. In times of chaos, displacement and the subjugation of prominent clans, as a married woman one only wished to survive, conduct business, manage the affairs of the household and live one’s life in peace.

Amidst the chaotic war, she watched the changes in the Imperial court and the battle for power. One exquisite heart had set in motion thousands of strategies and success was but a leap!

Yet, one was not able to scheme beyond his ten years’ plan of ‘giving a taste of one’s own medicine’.

The eyes of the fourteen year old Wei Tan, who had arrived at the Imperial Guards, caught sight of Fu Jin. His emotions stirred when they encountered each other in the Southern market. He noticed her eyes would dart to the right when she was calculating and knew that she had a penchant for haggling prices. He believed the ‘exorbitant price’ he had paid for the plum flower bottle in her hands would certainly attract the beauty’s attention. Little did he expect that she would only remember the hundred and fifty coins. She had paid no attention to the build or stature of the person who had paid.

Ten years later, what was gratifying was that the affairs of the world were ever changing. In the end, after many twists and turns, she actually became his Furen.

These are recommendation lists which contains Daughter-in-Law of a Noble House. You should give them a visit if you're looking for similar novels to read. Alternatively, you can also create your own list.
More Lists >>>

This historical story moves quickly and is very interesting if you like historical slice of life novels like To Be A Virtuous Wife or Eight Treasure Trousseau. The quality of translation from both translators is excellent. The chapters are long. Fu Jin is a very smart 20-year-old woman in ancient warlord China. The novel opens on her wedding night to General Wei Tan, who threatened a city with his army until Fu Jin was sent to marry him. Fu Jin is from a very noble family, but her past is tragic. In the... more>> past, the Empress Dowager sheltered her when her family was killed, but after the Empress Dowager passed away, Fu Jin was married off to a noble fool at age 15. After her wedding night with General Wei Tan, Fu Jin is sent to the capital while General Wei Tan goes back to war. In the capital, Fu Jin meets all the noble men and women that she grew up with, who are now in high positions of power, including the new Emperor, Empress, and their highest officials. Fu Jin is very smart, emotionally strong (after all the chaos and civil war), and fortunate (in that she is physically safe in such tumultuous times). From the summary blurb, it seems General Wei Tan met her when she was a girl and he has loved her for a long time. The translator has already promised that this is a
Spoiler

Very good! It wont disappoint you I can guarantee it. Poignant and sweet. Logical and calm. Not Mary Sue-ish MC. She's just smart and emotionally stable enough to get through the tragedies that happened in her past. ML is one of the best I've read about. Loyal and strong. He provided a safe haven for the MC. HE guaranteed.
19 Likes · Like Permalink | Report

This is a good read. At the beginning when the both MC got married, their relationship was cold and the FL forced to remarried for survival, the ML married her for her background. I could said that ML was a fair and upright man, he help FL to meet her ex-fiancee and give her the freedom to choose. I think ML could understand that FL hasn't put down her past completely. Their relationship was starting to take off when the FL choose to stay with ML. There were power struggles, wars, family conflicts... more>> and scheming, the romance was good and heart warming. I think that the story was quite realistic, the author just write the plot smoothly without forcing it, which is I like. Every character described realistically with their own personality and make the story alive. <<less
13 Likes · Like Permalink | Report

This is really, really good! So happy it's being translated. I was intrigued from the very first chapter, and that never waned. 10/10 recommend.
6 Likes · Like Permalink | Report

I regret reading this book. From the synopsis I thought the female MC is an intelligent person, but surprise surprise. When you read the synopis you will thought the fMC is a calculative, intelligent, and I guess business-savvy? I know its a fantasy for someone in early 20s to be a master at something. But then she said she often helped her family this and that. Already gone through this and that. At least dont be freaking naive and passive and hopes everything goes her way. When other women in... more>> her peers struggled and worked to get something they wanted, she's just: "my heart is scratched, oh well it cant be helped i'll just endure and agree, I wont struggle because whats the point?" Also indecisive.
Spoiler

she said her ex-fiance broke her heart, his family schemed her family so his family can stay alive. Albeit realistic when you put your whole family in the line for someone else's family. Its doesnt erase the fact he and his family is not there when the disaster happened and THE CAUSE. AND SHE STILL MISSED HIM, WORRIED ABOUT HIM GETTING HURT, LET HIM HUG HER, and still contemplating if she can be together again with him. WTF? WHO DOES THAT? Even when the ex-fiance said she should moved on bcs it was all in the past all she just did was screaming she still lives in the past :) after that she's still worried about him even when they are already separated. I know its realistic to be difficult in forgetting childhood love, but she just only need to remember the cause of her family death and it SHOULD HAVE erased all the feelings she has for him. Maybe because I dont have the experience to love someone so deeply or it's because im the type of person who regards family first before everything else that im so pissed off about this.

Also the male MC. Lol tf is wrong with him. So far I still dont have reasons why the fMC should choose him over her own business lol. Not only he's not communicative he thought being mysterious and aloof is attractive HAH. He will only explains when the situation demands him to clear his name. That's not honesty honey, that's excuses. He demanded the fMC to like him more than just a 'husband' in status, sure his actions are cute and kind but really she lives in aristocracy where men are supposed to be noble and kind but still have 10 or more concubines in their backyard. What did he expect? What makes him should be different in the eyes of fmc? It will be more understandable if he demands that AFTER he comes clear with everything.

[collapse]
I know this book is a perfect depiction of realistic ancient times. But the author's choice SUCKS (A LOT) in making his/her protagonists characters. Because other side characters can be more appealing to me than them. Concubine Xu (the male mc's brother's concubine) is one of them because
Spoiler

she schemed to get her in-laws permission to live in their home and with her husband. She schemed to get pregnant (albeit this can be little question mark but understandable if you read her story) WITHOUT harming everybody in the sidelines and STILL get what she wanted (the status as someone who is pregnant with the first grandchild in Wei Family thats significant for her life because her position will be stable then) Why can't you make this kind of character for our female MC, dear author?

[collapse]
I'm done peeps. For you who likes to read excessively annoying main characters who can be realistic then this book is for you. Sorry for the long rant ❤ <<less
5 Likes · Like Permalink | Report

Really enjoying this one! Our MC has been through a lot. In fact, so have all the characters. Talk about a story with 3D characters? This one's definitely full of layers. I think it will be fun to re-read once done to get all of the hints about other's motivations/backstories. This is set in a war torn China as the new capital tries to stabilize the famine prone country under a war lord and a (mostly) puppet emperor. Fu Jin is chosen as the wife of the warlord's heir, Wei Tan.... more>> It's a marriage of convenience to secure support of scholars, many of whom revere her father. Though it's her second marriage, she doesn't know squat about the love between a man and a woman. When her new husband keeps avoiding her
Spoiler

and even sends her into the arms of her ex

[collapse]
, she's certain that he has zero interest in her. Makes sense, right? So, should she run away when he gives her the opportunity? <<less
4 Likes · Like Permalink | Report

I am immensely enjoying this novel so far. I enjoy the first person narration, and it is almost like reading a mystery as we uncover more intrigue and back story along with the main character. However, I think it was dropped. I hope someone else will pick it up! I would love to know how it ends.
1 Likes · Like Permalink | Report

I haven't read that many ancient romances. Given the gender bias, I find them not that appealing. However this one is refreshing. I like the ML and like his straight forward honest character. He isn't arrogant and must care for the FL even though it is not apparent yet. And his affection seems altruistic and not full of overbearing jealousy. Quite unusual in these novels :) !! I also like the FL and like her realism and independence. This is a great novel and I wish that the translation goes... more>> faster :) :) <<less
0 Likes · Like Permalink | Report
Advertisements
Leave a Review (Guidelines)
You must be logged in to rate and post a review. Register an account to get started.

Tales from Another World
Advertisements