Novel Updates
RegisterLogin
Theme
Search
Your changes has been saved.
Advertisements
Billion of Pampering Only For You

Home >
Novel >
Billion of Pampering Only For You 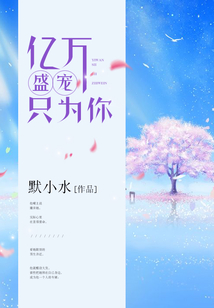 Status in Country of Origin. One entry per line
3443 Chapter (Completed)

They are childhood sweethearts, they are engaged under the family’s scheme, and they have to live in the same room and sleep together.

That night, she was accidentally drunk, and he kissed her in a fascinating mood,. By accident, his “crime” was finally discovered, she accused him, but he said with a smile, “You are my wife, why can’t I kiss you?”

He said that he disliked her. Actually, In his heart, he was extremely caring of her. When she was close to other boys, he was so jealous that he wants to tie her to his side and become exclusively his.

These are recommendation lists which contains Billion of Pampering Only For You. You should give them a visit if you're looking for similar novels to read. Alternatively, you can also create your own list.
More Lists >>>

Don't waste your time it's just a bullsh*t plot over and over again. FML is in danger and Male MC saves her over and over again. I read this in my early days and I thought it was decent but if you want a novel that actually goes somewhere in terms of the plot then don't read this. Also, this has like 3430 chapters I only read 1/3 of it and I just want to go jump off a cliff already. Well, the start is fine not too bad but... more>> once it goes past let's say chapter 300 then the author just keeps on introducing a random character one after the other.
Spoiler

Heres a princess, Heres a fiance that you haven't seen in 15 years, Heres a terrorist, Heres a girl you dated in the past, Heres a business rival (if they have so much money why do they get in so much f*cking trouble), Heres 748 misunderstandings, Heres a hitman, Heres a handsome amazing poor guy that likes you but you just play with him.

[collapse]
Anyway go ahead read it if you have absolutely nothing else to read but be warned. <<less
2 Likes · Like Permalink | Report

If it ended around 500 chapters, it would have been good. I mean, with this kind of wealth and arrogance in teenagers, a lot of it is absolutely absurd, but still similar to a soap opera you can’t help wanting to continue. The problem is that it kept repeating scenarios, and it becomes unbelievable even for a soap opera. If you did away with kidnappings, that’s probably half the book right there. ... more>>
Spoiler

I know her family likes to be low key unlike the flashy big four families, but it’s ridiculous how little she can defend herself against even ordinary threats. It mentions at one point that she was taught how to deal with hostage/kidnapping situations, but that basically entailed complete cooperation with no resistance. I can see how that works in some cases, but not with the psychos that go after her, and wouldn’t it be better teach her to avoid those situations in the first place?? You know, be alert, don’t trust everyone, etc. Not to mention they never seem to inform her family of these serious threats she’s come under, yet her dad is supposed to super dote on her. And I’ve found nearly all mob characters in Chinese novels are s*upid - no one seems to consider that her close friendship with these uber-rich, normally aloof people might mean that she’s not from an ordinary background either... all the girls think she’s just seduced the ML even though he’s never been seduceable before, and they bully her ridiculously with zero consideration of consequences (or basic manners, FFS). She also needs to get her act together and be clear to all the other guys that she isn’t interested in them. While it’s totally fine for opposite genders to be friends, she seems to leave a lot of ambiguity and that causes unnecessary misunderstandings.

Faker In The Irregular At Magic...

One Piece: Reborn as a Skypiean