Novel Updates
RegisterLogin
Theme
Search
Your changes has been saved.
Abandoned Bastard of the Royal Family 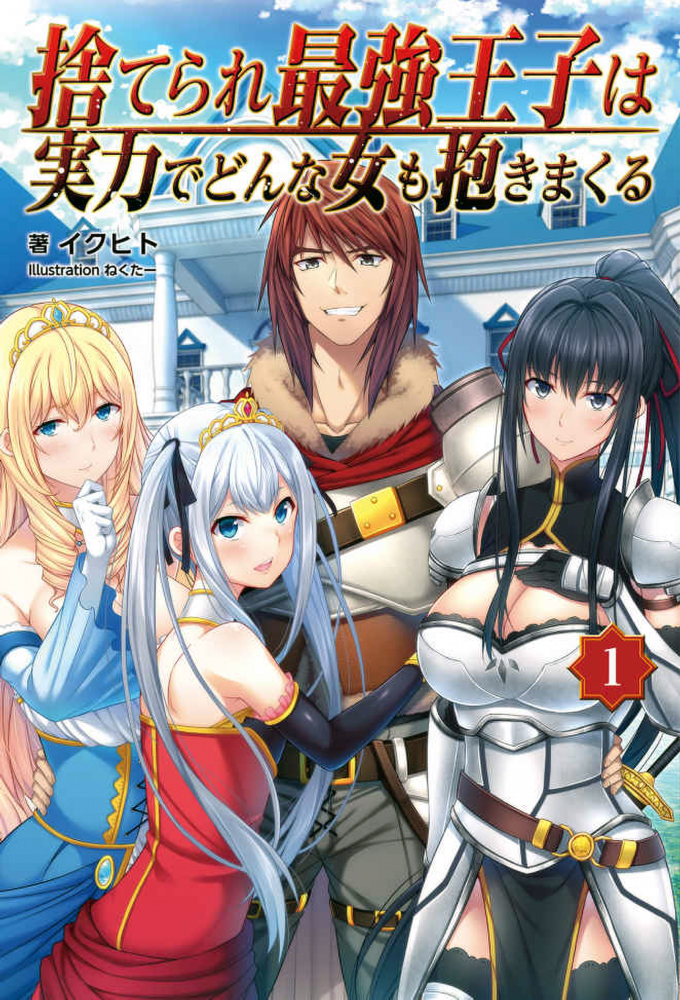 One entry per line
Nectar
ねくたー

Schild was raised as a bastard, not knowing the identity of his father.

Because of his mother persistently keeping the secret of his identity, he and his mother were looked down on with contempt in the village. Harsh treatment and cold eyes followed them one after the other, and Schild, who was constantly treated that way, grew up to be a bad, yet a tough child. Out of patience for his misbehavior, however, many of the villagers started to encourage Schild’s mother to marry, and when he was 13 years old, her mother decided she couldn’t take it anymore and finally joined the arms of another man.

After remarrying, her mother’s new partner declared that has no intention of feeding Schild. Because of this, he was forced to leave the village, also by the unanimous decision by the villagers.

Finding that she could no longer have any backing to remove their decision to evict Schild, adding the tiredness of the tribulations she had with the child, his mother gave him a sword before leaving, the only clue of his father’s identity.

“This was a keepsake given to me by your father. He told me to give it to you when you grow up.

Take this sword to the royal capital. Your father is there. Once you deserve his qualifications, you will naturally meet him, eye to eye.”

Will he be on time to meet his father? What will happen to him right after? Schild’s adult life in the royal capital begins now!

One entry per line
After being Abandoned, the Bastard of the Royal Family turned out to be the Strongest, and is now Embracing every Woman which He Likes with his Extraordinary Prowess
Suterare Saikyou Ouji wa Jitsuryoku de donna Onna mo Dakimakuru
捨てられ最強王子は実力でどんな女も抱きまくる

A Boy Who Was Disowned Because He Was Second in Everything, Is Unknowingly Unmatched (1)
A Reincarnated Mage’s Tower Dungeon Management (1)
Adventurer’s Unique Skill 『RPG』 ~With Only Using the Level System, I Easily Powered Up~ (1)
Another World Is Full of Happiness (Template) (1)
Because There Were 100 Goddesses in Charge of Reincarnation, I Received 100 Cheat Skills (1)
When I was Transferred to Another World, I Became the Adjutant of a Lady Commander and Beared the Brunt of a Lustful Harem! (WN) (1)

These are recommendation lists which contains Abandoned Bastard of the Royal Family. You should give them a visit if you're looking for similar novels to read. Alternatively, you can also create your own list.
More Lists >>>

The novel describes a bastard that was born from a man that rode on his adrenaline and lack of judgement. The premise for a smutty venture is Okay. It is believable for its era that it takes inspiration from. Unlike arifureta, the medieval era typically meant adulthood when puberty started. In other words, during the early teens, you were already considered an adult. Albeit some aspects might be questionable, it wasn't unusual for bastards to fall out of favour in a new relationship. Then again, it is merely a plot point... more>> to get the story rolling. So I do not attach too much importance to this. But at chapter 7, I finally don't consider the novel worth reading because the Author is clearly forgetting what they are writing.
Spoiler

A lack of proof reading from the author is the culprit. Between chapter 6, where the main lead identifies a gender and chapter 7, the main lead suddenly forgets the gender of the person it previously identified.

[collapse]
At its current state, I find it merely worth 2 star at most. The smut is decent flick of JAV p*rn. Nothing amazing, nothing bad. It is like a burger at McDonalds, a guilty pleasure occasionally. <<less
10 Likes · Like Permalink | Report

I honestly wasn't interested in this story as revenge stories are iffy for me, but I started reading since all my others are short daily chapters or no updates. After the first 3-4 chapters I changed my perception. For me the MC's behavior and mental competency is my first perception. If the MC's actions and behavior are just plain dumb as a box of rocks or of they are inconsistent I can't read it. With this so far the MC feels like a true adult, behavior isn't wish washy, and... more>> so far is consistent. With the intro of the next women I am liking the mix of personalities of the women. Will keep updating this as I get farther. <<less
4 Likes · Like Permalink | Report
Leave a Review (Guidelines)
You must be logged in to rate and post a review. Register an account to get started.