Novel Updates
RegisterLogin
Theme
Search
Your changes has been saved.
Advertisements
A Boy Who Was Disowned Because He Was Second in Everything, Is Unknowingly Unmatched

Home >
Novel >
A Boy Who Was Disowned Because He Was Second in Everything, Is Unknowingly Unmatched 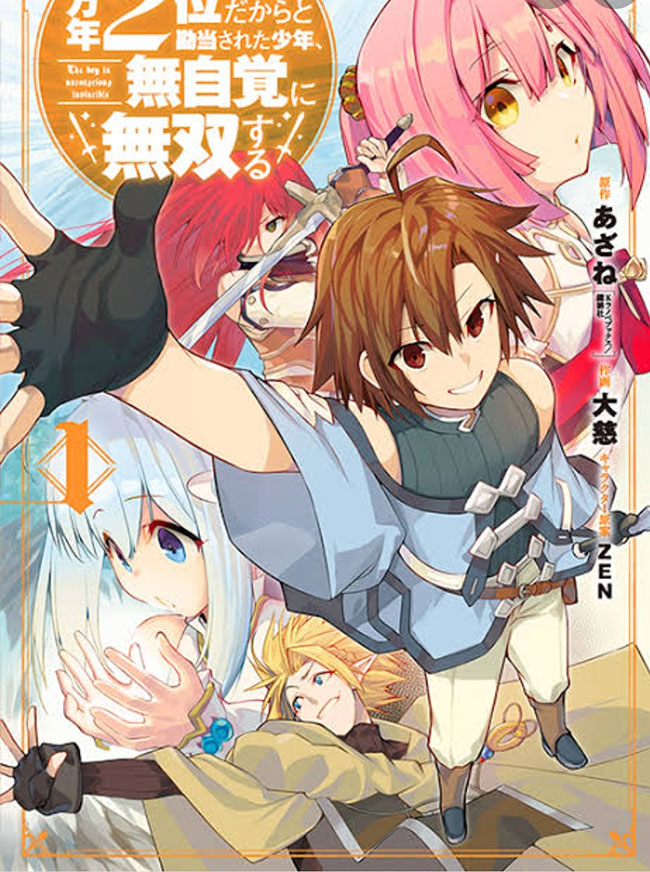 One entry per line
ZEN

Cleo Farseed was disowned by the Duke’s family because he was accused of getting only second place no matter what he did at the Royal Metropolitan Academy.

He decided to escape from his cramped life and live freely, and tried to utilize the skills he had acquired as an adventurer, but neither the Duke nor Cleo himself were aware of it… how great it was to be second in everything.

“I’m just plain. I’m not an expert in anything–”

The boy who is second is unaware. Will shake the surroundings with great strength–!

These are recommendation lists which contains A Boy Who Was Disowned Because He Was Second in Everything, Is Unknowingly Unmatched. You should give them a visit if you're looking for similar novels to read. Alternatively, you can also create your own list.
More Lists >>>

Ah yes, the good ol formula of the MC getting kicked and banished but it turns out that the MC's pretty OP and competent. The ppl who kicked him now wallow in regret blah blah blah It's pretty alright. Starts out like any other novels like it and doesn't have much that makes it stand out from the rest. We'll see after a few more chapters if this turns out to be banger I guess
13 Likes · Like Permalink | Report

MC is a duke's son, gets disowned due to being thrash.

Has a beautiful childhood friend who is also the princess of the empire.

Princess punished mc's father and went on to find MC.

While our MC becomes o.p from thrash in few chapters after holding a sword.

Saves a elf boy who does a life oath with the MC.

Will be not surprised id he kills demon king or something like that in next chapters.

The Supernatural Case of an Accidental...
Advertisements