Novel Updates
RegisterLogin
Theme
Search
Your changes has been saved.
When I was Transferred to Another World, I Became the Adjutant of a Lady Commander and Beared the Brunt of a Lustful Harem! (WN)

Home >
Novel >
When I was Transferred to Another World, I Became the Adjutant of a Lady Commander and Beared the Brunt of a Lustful Harem! (WN) 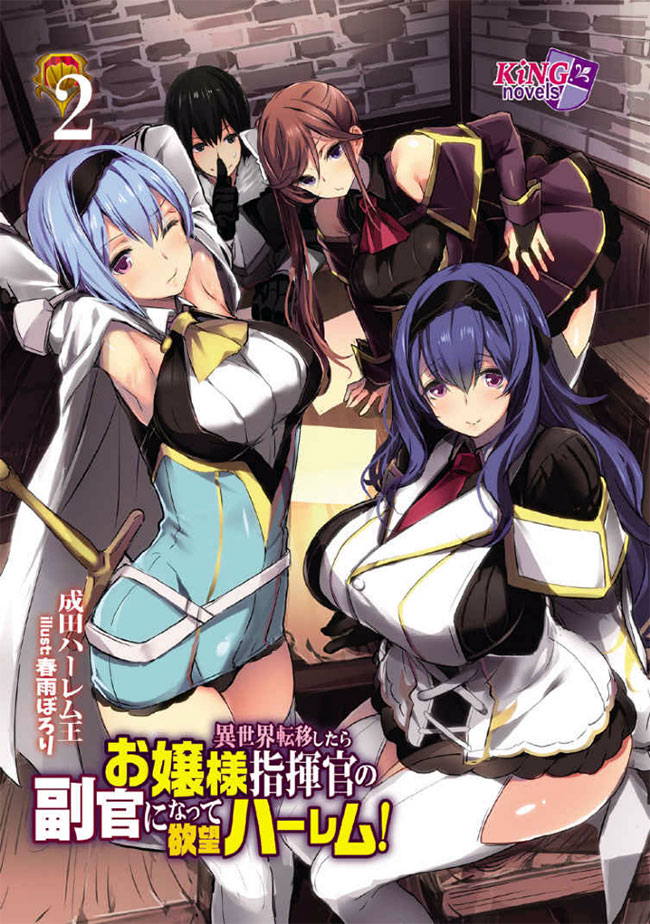 One entry per line
Paradigm
Syosetu

When I was Transferred to Another World, I Became the Adjutant of a Lady Commander and Beared the Brunt of a Lustful Harem!

~From a Safe Place, Let’s Rise to Greatness! While at it, have Wonderful s*x with Beautiful Women from Another World as Well!~

Yuushin Sanada was taking a shower when he suddenly got transported to another world. Being thrown outside buck-naked, he was more shocked to see that the place he has arrived at was the center of a battlefield, where powerful monsters are running rampant all over the place, and the soldiers, even though they were already strengthened and enhanced by magic, are still struggling to fight them off.

Since the ability to use magic was the deciding factor in strength in this world, Yuushin, who has no way to defend himself, decided to approach a person who has the power, grasp their abilities and weaknesses, and secure a safe job to avoid having to fight on the front lines. It was then when he meets Lucy, a timid baroness and the commander of the defending forces, by luck.

Showing off war tactics that he learned in his original world, as well as the underhanded means to progress, Yuushin decided to help Lucy, and by giving her all the credit for his accomplishments, he then succeeds in securing a position as her adjutant.

Upon investigating further however, Yuushin discovers Lucy’s fear of powerful monsters, so in order to overcome that mental barrier, he decided to make her immediate superior experience the most wonderful part of being a woman – the incredible taste of s*x with a man.

After that, came a series of battles and all sorts of problems, but by utilizing his scheming as the Aide-de-Camp of the Baroness, while also building up trust and affection to his allies and the like – mostly beautiful women of power, Yuushin began aiming to have the most powerful another world harem of his life – also in order for him to stay away from the front lines of course!

These are recommendation lists which contains When I was Transferred to Another World, I Became the Adjutant of a Lady Commander and Beared the Brunt of a Lustful Harem! (WN). You should give them a visit if you're looking for similar novels to read. Alternatively, you can also create your own list.
More Lists >>>

As with most isekai stories, the protagonist is awful. He's pretty bland overall, but not the beta-wuss kind of protagonist. He's pretty bold when it comes to women actually. The thing that irks me is that even though he's become the adjutant of a beautiful, lovable commander, he's always monologuing about how he can use her status or how when she becomes attached to him and falls madly in love, he's only thinking: "Damn. Now it's going to be a hassle when I ditch her and don't need her anymore."... more>> He's actually the worst. The description says: "Showing off war tactics that he learned in his original world, Yuushin decided to help Lucy"
... I was kind of hoping for a tactician protagonist, but he just suggests flanking. Which is not a new concept in their world or anything. Disappointment there. He has not shown any shred of intelligence so far except bribery and blackmail. The setting is standard isekai stuff. Fighting goblins and ogres. By the point the translation has got to now there's not much world building and the only two people with any development is the protagonist and the commander. Not much has happened so far, but at least it's clear I'd rather spend my time reading something else. Gave it two stars because I like Lucy. <<less