Novel Updates
RegisterLogin
Theme
Search
Your changes has been saved.
Advertisements
Why The King Needs A Secretary

Home >
Novel >
Why The King Needs A Secretary 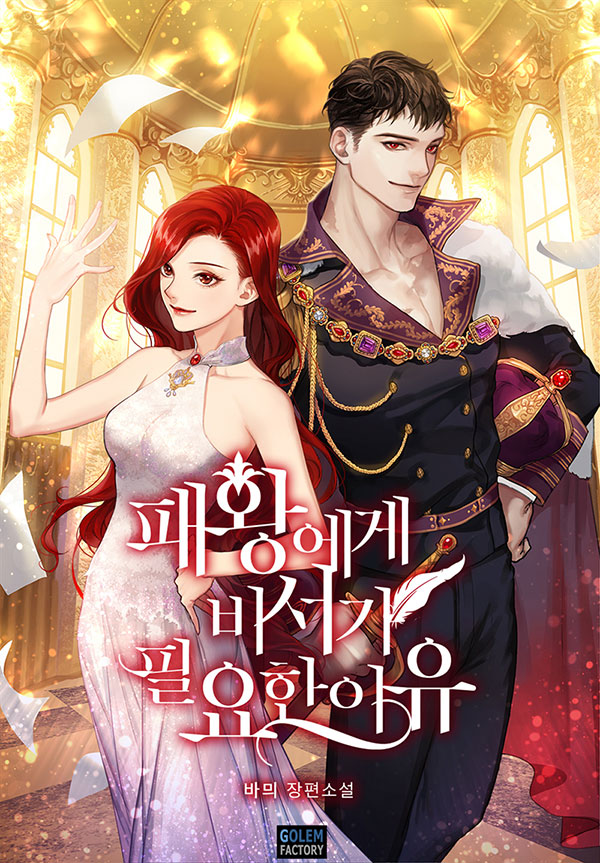 Status in Country of Origin. One entry per line
103 Chapters + 2 Side Stories (Complete)

Celestia lives in the back alley of Golddina and has a skill that can dispel magic.

She thinks that her skill is useless and supports her talented friend Serengevan instead.

“Get that crazy b’tch out!”

But he betrayed her and sold her as a s*ave even though they promised to get married.

In her inescapable despair, a man who looked to be a nobleman appeared before Celestia and seeing his condition, Celestia proposes a deal to him.

“I can heal the disease you are suffering from.”

“…Where did you hear about me?” The man’s face was getting increasingly scary but Celestia wanted to live.

She eventually got what she wanted, and arrives at a place which resembled the imperial palace.

“In the future, call him ‘Your Majesty’.”

“Of course, he’s the one and only Emperor of the Burg Empire, Van.”

Surprisingly, the identity of the man is…

The Emperor of the Burg Empire, known as the Red-Eyed Psychopath.

Celestia became one of the emperor’s subjects,

Can she survive safely?

These are recommendation lists which contains Why The King Needs A Secretary. You should give them a visit if you're looking for similar novels to read. Alternatively, you can also create your own list.
More Lists >>>

Wow! I like this ML and the FL Such a refreshing story! I can't wait for the next chapter! Thank you for your continued hardwork 💜!
0 Likes · Like Permalink | Report

I'm enjoying this power couple! Since she'd lived in a dark alley, you'd think getting to a neighboring kingdom's palace would be a treat, but Celestia isn't Cinderella and she's got a brother to worry about. She was betrayed by the man she grew up loving and then found herself being sold as a s*ave. Our male lead, is as cranky as a good Chinese novel love interest can be, but his reasons are brought out early and he's also a decent person, so that's a relief. They bicker and... more>> banter in a pleasant way. He doesn't push her (so far) into anything and she doesn't throw herself at him. The power dynamic between them is obviously unequal, but incrementally, they work to fix that. <<less
5 Likes · Like Permalink | Report

If you're into FL that are intelligent, talented and fast-learning, this is the novel for you. The FL in this story lack of resources to show her talent to the world because she keeps on sponsoring an ungrateful jerk (her ex). What I like about this is that the ML also gave FL the chance to rise into power with her own effort, he let her go to academy to study more and give her an opportunity to have a decent status on her own, so she's not independent on the... more>> ML's status or as the ML's "special" s*ave. I can't wait to see her ex's downfall tho lol Thanks for translating this. <<less
3 Likes · Like Permalink | Report

I so in love with the female lead😍 the premise is a girl from the alley saved by an emperor and brought to the palace, but girl ain't a dimsel in distress. Celestia is very hardworking, kind, she is very smart but was naive once because of love, but she moved on and work harder and tried to be better in her life. The male lead seems decent, I hope to see their romance bloom faster xoxo.
1 Likes · Like Permalink | Report
Advertisements
Leave a Review (Guidelines)
You must be logged in to rate and post a review. Register an account to get started.