Novel Updates
RegisterLogin
Theme
Search
Your changes has been saved.
Advertisements
Turns Out To Be a Genius Duelist

Home >
Novel >
Turns Out To Be a Genius Duelist 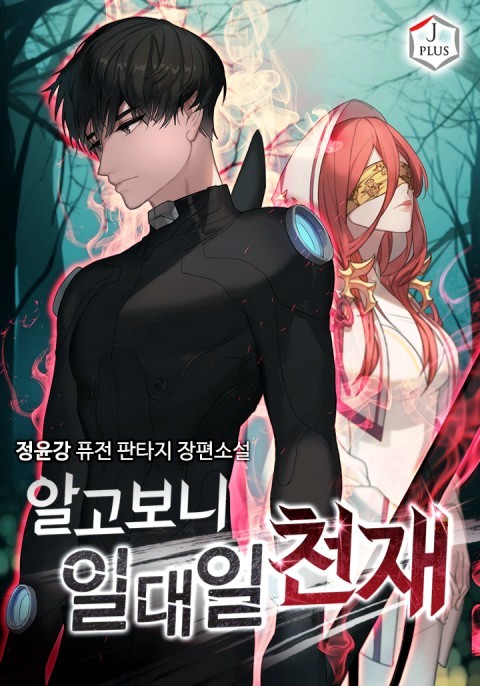 Status in Country of Origin. One entry per line
343 Chapters (completed)

One entry per line
J Plus Media
Kakaopage

I never thought I had meaning to my life, but I guess I have a talent too.

「Get ready. The duel will begin soon.」

The Tutorial Is Too Hard (1)

These are recommendation lists which contains Turns Out To Be a Genius Duelist. You should give them a visit if you're looking for similar novels to read. Alternatively, you can also create your own list.
More Lists >>>

since the novel is about dueling the fights are the main focus and on this it is a major let down.
the transition from joe blow to fighter is jarring at best, goes from being beaten his whole life
to master of the sword and of his own fear and confidence in 24 hours...
the fights lack any realism and depth and
Spoiler

since you cannot die permanently there is no tension

TLDR; Meh, as a power level up, OP MC story. Decent as a time killer, but definitely turn off your brain, or you might get mental damage. To preface the review, There are currently 70 chapters up on Active Translation and I've read 62 of them. Rating as a story:... more>> Overall: 5.04 Characters: 5 Plot: 5.6 World Building: 3 Intrigue: 7 Writing Style & other stuff (includes stuff like pacing, description lengths, the way information is introduced, consistency of rules, etc.) : 4.6 Alright, let's start with the good of the novel. It has relatively interesting ideas and concepts that are enticing and definitely alluring at first glance. It mixes elements and ideas of many other novels, it isn't reinventing the wheel in any way shape or form. This part is probably the highlight of this, as this will make many read at least a few chapters to see what the whole thing is about. But this is precisely where anything else good stops. The characters are about as boring and bland as the typical power up fantasy. Characters exist for one of three reasons: For most stories with "smart MC's", any and all engagements with the MC I would say this "if everyone is s*upid/borderline paralyzed, even an average man is seen as a genius". But in the case of this story I would instead have to say "If one could learn by simply looking and then grow it to the next universe, even a genius is seen as average". So in a place full of people that could be considered gifted, and then someone who is considered a genius amongst them... you could assume how ridiculous and bullsh*t it gets. I understand from the title that he is literally supposed to be a genius, but could he have some sort of hardship? This is literally the definition of easy mode.
Spoiler

The fact that the guy that gave him trauma gets dealt with SO early on (maybe he comes back? As of now, he's essentially been relegated) gives me constipation. People like that are normally supposed to take longer and are supposed to be a longtime obstacle for the main character to get over.

[collapse]
The main character is bland and boring. Plain and simple, like white bread from the store, nothing special, nothing you haven't seen before, but you eat it anyway because it's not terrible. Not the worst one I've seen by far however, because unlike many other people in the same genre (that belong to the japanese light novel part) he at the very least is merciless and willing to kill and do some pretty f*cked up stuff. Which is actually a really good thing, except the times when it goes over the top with edge, like damn, it's like a pizza cutter, all edge and no point. Around chapter 40ish a serious a shift in personality happens, and yeah it's just very edgy. Like edgy with with a capital edge. Like typical revenge dark edgelord BS you'd see on fanfic where the MC goes dark and releases the demons from their boner. World building is... pretty, not good. Honestly, there's so many interesting aspects and ideas that could be explored but so far it is unbelievably shallow. To be able to give examples I'd have to go into some spoilers so here:
Spoiler

There are 4 professions in total, 3 other than duelist. But they have hardly been explained or understood. And on top of that, they are horribly imbalanced. Unironically, the duel is far superior to the other professions by a long mile, and it isn't even close. You would think that the author might give each of them something special within their job so that they can all be very powerful in some way shape or form, but no, only dueler gets to be powerful. As for these jobs... well, we don't really know what happens there, it would be interesting if maybe in a hub area, the MC would talk to some people of the other varietals and they would talk about how their stages were. Or maybe after a certain point, people will have to form parties amongst one another, except only one person from each profession is allowed, so each party is forced to have 1 of each kind of profession.

Another one is that admins apparently leave traces of themselves in certain floors???? The information was literally not hinted at whatsoever, and you are essentially expected to just accept it at face value. Besides HOW THE F*CK WOULD THAT EVEN WORK? It isn't explained how these traces of the past somehow take physical manifestation and are used as contestants. The way time works in the tower is awkward and isn't explain whatsoever, so assuming that it works like how IRL time works (don't give me bullsh*t and say that it's not normal, because I understand that time works differently in there compared to the other dimensions, like how he can return to earth for a whole day and not a second on the duel timer passes.) unless some weird mana BS is explained, the idea of admins being in the stages as well doesn't make sense.

[collapse]
Also, f*ck putting this in a spoiler because this part just doesn't make any sense whatsoever, maybe I missed the explanation for this, but someone tell me, how can he take a temporary leave from the tower and go to earth for a day where time on earth is normal, and not miss a second on the tower, but when in the tower, time on earth passes normally? I probably missed the explanation for this, but this seriously gives me brain pains. As far as the writing itself goes... it's like a typical korean web novel with tons of descriptions. There are certainly issues here and there but they're not novel altering. However, there is one thing I can't stand, and that is how many damn description words are used in a single fight. It literally takes like half of a chapter just for the main character to trade like 5 hits. I understand that people like putting lots of details into fight scenes, but the thing is that it slows the whole thing down soooo much. A fight is supposed to be fast paced and quick, which would mean that you'd try to match that by increasing the pacing that sentences are read, usually using short and terse sentences with only the odd long description here and there, maybe to describe their special move or the horrid wound that one had suffered. When every damn hit takes a year to write out, it makes me want to just skim the fight and not bother reading everything that had been put down. (Which I hate doing because I respect the authors and the fact that they had to type/write every single word on the page, causes me to try my best to read every single word on the chapter.) With the plot... it's just meh. It has an interesting premise, but that's about it. It's just very average. I don't want to go into any details about it. The only thing to take away from this portion of the review is that the plot is very mediocre. At it's best, it's decent, at it's worst, it's tr*shy fanfiction. <<less
7 Likes · Like Permalink | Report

A weak MC who gained a skill that can steal the power of defeated enemy. Personality was shaped by past experience of being bullied, he became a punisher of evil and killed every evil guy including his friend who bullied him. But became a character who kills people randomly because it has gains as the story progressed. Story with convenient plot where strong character became his mentor, he also is a reincarnation of a strong character in a different planet which mainly contribute to the plot about the tower and her manager. So far, MC became op in the eyes of the weak where he's committing massacre of thousands of people but when he got a stronger opponent who he cannot defeat even with cheat, a miraculous plot armor in the form of an item enabled him to defeat the enemy in 1 hit thus again, gaining the power of that character. Cycle repeats itself, MC killing powerful person gaining their powers, recycling it to further strengthen his power. Seriously, author needs to give more challenge because at this point, MC will continue to kill rankers who is supposed to be more powerful than him by using some plot armor. Plot became boring as the story continues, might dropped the rating to 3 or dropped the whole novel depending on the future chapters.

Hey. I think this novel is good and worth a shot. From the title "Turns Out To Be a Genius Duelist", naturally, You will get a "duel" or duels. As if chapter 6 now I really like it. 2 fights happened till now and it wasn't bad the main focus was on the training and fighting back adapting to the changes that happened. I will update when I read more.
3 Likes · Like Permalink | Report

thank all the hairy little gods that this not another necromancer story (so far). It's worth a.5 all on its own just for giving me something other than raising corpses to read about. at first this story is like reading about someone playing the arena battle parts of an RPG without bothering with the story or exploration or quests; fight/train/fight/train/fight/train. Then in the 40s he has a personality shift and starts killing even while justifying that it's not his fault that he's killing them, it's their fault for being bad people.... more>> I don't like all the justification and blame shifting but hopefully it leads to some character development later down the road. At the moment this is a solid 3.5 for me. <<less
0 Likes · Like Permalink | Report

It's good so far. MC gets bullied his whole life and has no self-confidence. He gets chosen by the Tower and has to participate in the Duel mode. He's insanely talented at fighting and gets super strong, and
Spoiler

around chapter 45 (?) goes through a personality change and gets kinda edgy and bc he can see whether or not people have sinned and thinks he can just judge them all. Hope he stops being super edgy though.