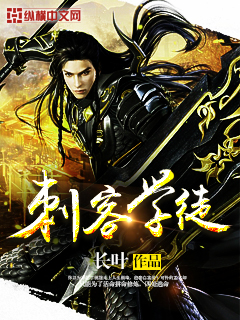 One entry per line
分类
潜鳞重渊

Status in Country of Origin. One entry per line
314 Chapters (Completed)

He was an impoverished youth on Earth. Eager to control his own destiny, the youth wholeheartedly pursued to become the most powerful.

Possessing a piece of mystical rock, he broke through into a different world of raging frenzy and set off gorgeous and violent events that shook its core.

After a thousand years, there yet remains the legend of the Assassin….

One entry per line
刺客学徒

These are recommendation lists which contains The Assassin’s Apprentice. You should give them a visit if you're looking for similar novels to read. Alternatively, you can also create your own list.
N/A

I just wanted to say it is a little early to comment that the novel is bad but it is also true that it has a bad start. The chapters are messily arranged and the transition of scenes from one to another is poorly drawn. The story talks about Magic and Dou Qi but there is no mention about the "Assassin" related things, there isn't even a hint about it related to the MC. It has a lot of cliche moments seen in other xianxia stories, fights are not good... more>> and poorly written.
Spoiler

His enemy Tian and his uncle tried to kill him and a green robed girl stopped his uncle with intermediate magus strength but then it seemed she will lose and MC fights and kills the Tian boy and his uncle's first reaction was to run away? And then he got his head cut off by the sneak attack of MC! I mean a magus who can suppress a intermediate magus will have that little awareness towards the other party's actions? And can he be killed so easily by a mere magus apprentice who advanced just days ago? The logic seems pretty bad. I would have accepted it if it were to be explained why MC can kill such strong opponent while he himself is so weak but nothing was said and poof its over.

Forsaken By The Righteous 《BL》
Advertisements