Novel Updates
RegisterLogin
Theme
Search
Your changes has been saved.
Sold To My Ex Boyfriend 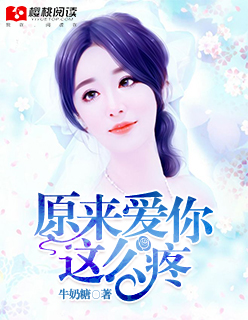 One entry per line
牛奶糖

Status in Country of Origin. One entry per line
53 chapters (Completed)

One entry per line
Anysoft

To save her mother, Christina sold her first night. What she didn’t expect was that the bidder was her ex-boyfriend John.

They used to be the sweetest love birds in college but somehow broke up for no reason.

John believed that Christina left him for money because John claimed himself to be poor, but in fact, he was the only son of the richest family in Singapore.

What would happen when they met again?

One entry per line
原来爱你那么疼

These are recommendation lists which contains Sold To My Ex Boyfriend. You should give them a visit if you're looking for similar novels to read. Alternatively, you can also create your own list.
N/A

Christina needs money for her mom's kidney transplant and she needs it asap. She sells her V for the money and the buyer was her ex John. He's loaded but was pretending to be broke when they met. MC has a brain tumor that's killing her and didn't want him to go through that with her. So in order to completely brake ties from him she said she didnt want him because he's broke. The kidney operation falls through so the MC gives her kidney to her mom. She's dead right now (supposedly) but there's like 30 more chapters so I doubt it. So the ML is now mopeing around because he knows why she was trying to get money and why she said that to him in the past.

[collapse]
This is a angsty/frustrating novel where the FL is treated bad by the ml. The ML is shitt% and I'm enjoying his pain lol. Feel bad for the MC but she pissed me off when she called him at the hospital. Like he didn't do all that ish to you (she dumb lol). Oh and a nice secondary ML that we know she'll never get.
Spoiler

because she dead or these authors like putting the leads with abusive a**holes.

It was interesting at first but after her 'death' ML went crazy and punched every single person that talked to him about her like they were in the wrong even the doctor that was helping so he really needs to sort out his anger problems. And then he went on blaming himself for her death like he is the main cause of it and not her shitty family. The rest of the chapters need to be bought to read so not wasting money of this piece of garbage.
0 Likes · Like Permalink | Report

Reading this was a little frustrating. Conflict between FL and ML is caused by them not being able to be honest to each other. And to be honest, there was not much drama so if you want something kind of angsty but not really that heavy, I think this would be a good short read.
0 Likes · Like Permalink | Report
Leave a Review (Guidelines)
You must be logged in to rate and post a review. Register an account to get started.