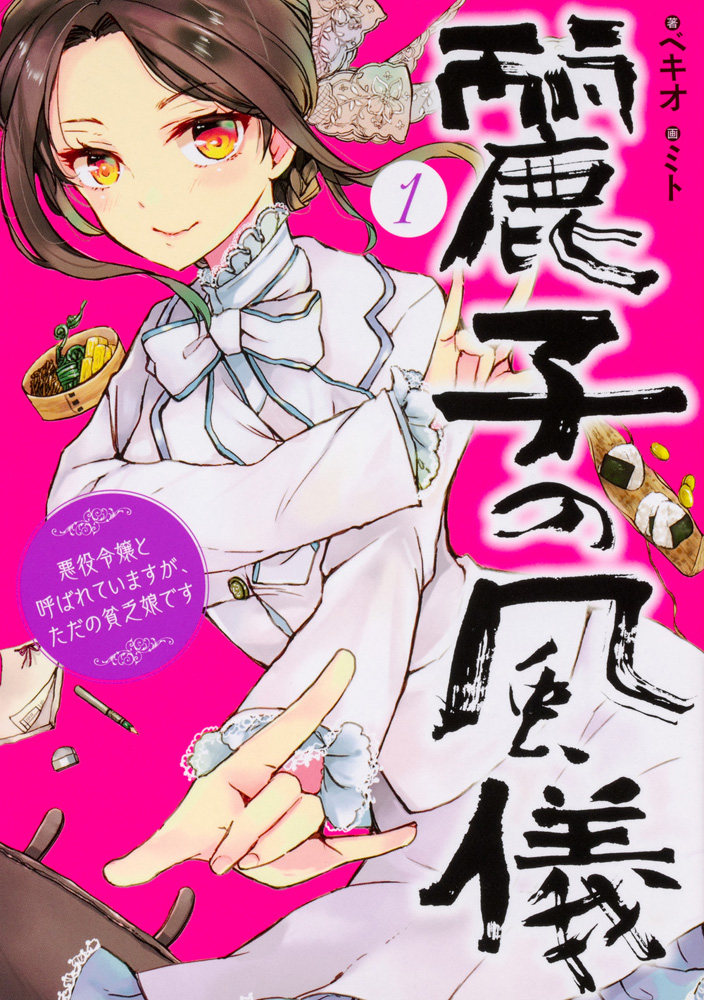 One entry per line
Mito
ミト

I am Kujouin Reiko, a poor lady living without my parents. My Grandmother, who died 2 months ago was a self-indulgent Ojou-sama, who actually has no ability to look after herself. My Father left the infant me after having led the Kujouin family to ruin, and is still missing. It was my Grandmother’s maid, Fuki-san, who brought me up. Thanks to Fuki-san, I was able to acquire the ability to look after myself. Meanwhile, my Grandmother, whose pride was tall enough to tower over Mt. Everest, instilled in me disciplines that the daughter of the Kujouin family ought to have. She sat up a piano in our modest rented house and gave me strict guidance. She did the same for dance, manners, and language too. My Grandmother had been studying piano in Europe for a long time.

I decided to enroll in the high school of the prestigious Meisei Private Academy, which has a special scholarship system, but was tackled from behind on the day of the entrance ceremony, and was tackled by Sakurada Yuria, who called me, “Villainess young lady” apparently believes that this world is that of an Otome Game. She makes sure I stay away from her childhood friends (whom she called, ‘capture targets’), and makes great effort to stick the heroine, Yuuki Miu, and the capture target, Takanashi Ryou, together.

I don’t have the time to be bothered about that though, because of the state of poverty I am in. Meanwhile, it turns out that the house where our maid, Fuki-san, finds retirement is the house of the very same Takanashi Ryou, the capture target. Fuki-san was apparently the great-grandmother of Takanashi Ryou. He accuses me of pushing Fuki-san around but I just want to see her again. At such a time, I lose my home to a landslide. Do your best, dear Me! Don’t give up, dear Me!

These are recommendation lists which contains Reiko’s Manners – She’s Referred To As A Villainess, But Actually She’s Just Penniless. You should give them a visit if you're looking for similar novels to read. Alternatively, you can also create your own list.
More Lists >>>

Good premise, but the prose is bad. Overly expositional in a work where worldbuilding isn't a selling point. We know what a library or a cheap hair saloon is we don't need a paragraph to describe it. It's also repetitive, every chapter Reiko does something mundane, people simp her, she says it's no big deal, they say it is. This is standard in wish fulfilment novel but it gets boring fast. The cast is fun, they are the rich boys' archetypes we know and like in Shoujo, nothing particularly outstanding except the... more>> female BFF. Reiko herself doesn't have much personality and is fairly reactive BUT this is well explained in the story. The antagonist doesn't do much really. The cast is not realist and I don't blame the antagonist for believing this is an Otome Game World. Anyway, still gets one star because the translations are good and there's nothing offensive about it. Well, there's a good amount of classicism but it goes with the rich kids high school genre <<less
0 Likes · Like Permalink | Report

In many ways this one is an absolute five star story. However, there are some significant flaws that cost it that last star but it's certainly worth the read and definitely in the top 10% of what you see on Novell Updates. The premise of the story is really great. What if the person that thinks they reincarnated into an otome game is just completely delusional and decides to start harassing not just a nice girl but someone who's life is a complete shambles as the villainess, The story really... more>> is at its best while it sticks to this theme, unfortunately it's a rather minor plot element. Where the story shines is with the characters, who while neither realistic or particularly relatable are all rather fun. The main character is especially enjoyable, while she does have a few BAKA BAKA BAKA moments, she is mostly on point and believable. It's nice to see her growth over the course of the story. Pacing and plot are both strong and weak points. While not nearly as bad as many Japanese web novels, this one does take a giant shot of doing nothing much from chapter 50 to 90 (you do have to read 70-75). It's not nearly as bad as the contrived cliffhangers you usually see. When the plot is moving it's moving very well. The other problem is that about the time story wanders off it shifts from a tale of someone overcoming obstacles to a rather soap opera tone. Think of DALLAS the remake not the original. It's something that some will enjoy and others won't. TL:DR give it a read. The MTLs are very readable so if you want you will have no trouble binging P.S. There is a manga that can be read here https://mangadex. Org/title/45491/reiko-s-style-despite-being-mistaken-for-a-rich-villainess-she-s-actually-just-penniless <<less
7 Likes · Like Permalink | Report

Well, it's quite a promising novel to read. Rather than the usual villainess troupe where the MC is reincarnated as the villainess, on this novel we are gonna read the real villainess pov while there's a reincarnated person who's saying that she's a villainess. But the funny thing is our supposed villainess is not a villainess at all but a penniless~
5 Likes · Like Permalink | Report

GEM!!! I found a GEM!! I actually found it last year (2020) (recommended along with Kenkyo Kenjitsu--Which was discontinued.. Just for the time being hopefully.. But it has been 3yrs or so, so who knows) but thought it was dropped or discontinued. Lo and behold, it GOT MORE TRANSLATIONS AND I FEEL LIKE WE WILL BE GETTING MORE CHAPTERS. HALLELUJAH🙏🙏🙏KAMPAI!!!🎉🎉🎉 ------------------ This is pretty much like Kenkyo with a few different tweaks:... more>> ~The 'reincarnator' might just be a denpa 🙄 who needs treatment ~The 'villainess' is a penniless noble with no self-awareness but definite savage high specs🔥🔥🔥 ~The 'stalking horse' is the tsun-tsun villainess bestie who might turn this series in a yuri genre 😉 just kidding. Total bestie vibes ~The 'cool guy' is a total softie.. Only to his twin and Rei-chan of course 😘 So far, that's all the chara given focus. The others where still in passing still. Thank you author and translators!! I freaking fell in love with Rei. Here's to hoping to more chapters 😍😍😍 <<less
2 Likes · Like Permalink | Report

The MC sometimes forgets her surrounding and has her own little world. I enjoy her thoughts and her interactions with the other ojou-sama
1 Likes · Like Permalink | Report
Advertisements
Leave a Review (Guidelines)
You must be logged in to rate and post a review. Register an account to get started.