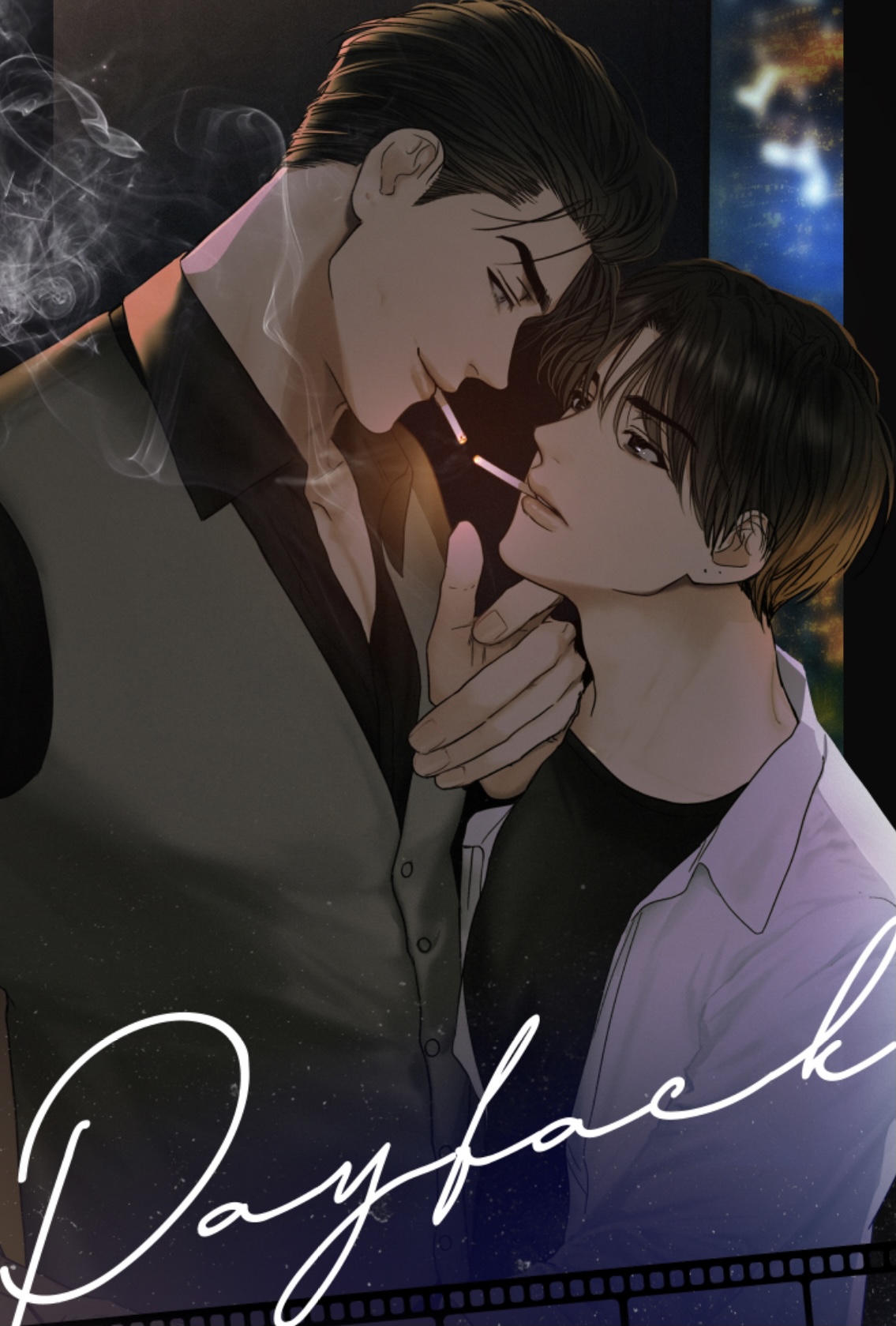 One entry per line
Samk

Lee Yoohan who lived a tiring life of a debt collector, decides to become a celebrity to get revenge on a former lover. He meets a man named Yoon Jay who tells him that he’ll help him. Little did he know that Jay is a shareholder and well-known figure at one of the top entertainment agencies, and they share a strange past with each other.

One entry per line
페이백

These are recommendation lists which contains Payback. You should give them a visit if you're looking for similar novels to read. Alternatively, you can also create your own list.
More Lists >>>

I've read the manhwa and it's great, for now I'll wait for this to catch up on the manhwa before reading. so far I love it and I can't wait for the reveal.💟
9 Likes · Like Permalink | Report

this one is so greaaaaaaaaaaaaat!!!!!I am in love with both MC and ML they are so precious (:you might say the ML is a little obsessed but he is really not unhealthy and cares for the MC the most omg I love this one and I am so exited to see some hot and heartwarming moments in the manhwa!!!! 5 stars and if there are more I would give it
6 Likes · Like Permalink | Report

All four stars are for Yoohan, I love him. Content Warning: R*pe, suicide, victim blaming someone needs to update the tags. the r*pe isn't with the main CP (thankfully), but it still plays a role in the novel. Definitely not the healthiest relationship, and the ML is kind of an overbearing jerk. But I love the MC so much. In my opinion, the MC is a genuinely likable character, and it's interesting to see him grow through the novel. Though he is kind of clueless, and I swear I was so frustrated... more>> with his lack of braincells. The poor boy cannot deduce anything and requires the truth to essentially be explicitly told to him. I had a lot of fun reading this. It was fun to see the MC kinda muddle his way around, since he didn't really have a clear plan for his revenge. the pay off for the revenge was decently satisfying, though I wish the ending was less rushed. Overall, even though the relationship isn't the healthiest, I still like them together. You can tell the ML cares about the MC, and their relationship helps the MC overcome some of his mental health issues and guilt over his past. Now in the side stories.... oh boy.... I have some words...... Those made me not like the ML, and also made me dislike one of the side characters. I don't think those have pages on here, so I'll put my rant about it below.
Spoiler

for side characters: specifically, the MLs uncle.

the uncle constantly shames Yoohan, and insists that he's cheating on Jay. Even if he just is in the same room as someone, the uncle will yell at Yoohan for cheating. And he constantly tells Yoohan that he isn't good enough for Jay, and says he dislike Yoohan. This was really disappointing, as the uncle was lots of fun in the main story. I don't know why the author randomly decided to make him hate Yoohan.

Additionally, the ML is creeeeepy. Him talking about taking the MCs eyeballs out so he can wear like jewelry?? What? Randomly choking the MC just because the MC was a little absent minded? Accusing the MC of cheating whenever he talks to someone? EVEN WHEN THE MC IS TALKING TO A LITERAL TEN YEAR OLD CHILD??? WTF BRO. Oh yeah and he literally committed mass murder....... like uuuuuuuuuuuh...... And he literally doesn't respect the MCs wishes and forces him to essentially be a pawn in his plans.

At the very least, he doesn't r*pe the MC. Though he does threaten to r*pe him so..... uh yeah. though to be fair he did that in the main story too.

[collapse]
Overall, I recommend. Plus the manhwa is good. <<less
2 Likes · Like Permalink | Report

I didnt like the ml, at the beginning of the novel, I felt like the MC is using him to punish himself, because of his guilt and hate toward himself, he was attracted to him because he is stronger than him, and because he is ruthless, he wanted someone to punish him, and how come someone bottoms out of the blue, this is a point I dont understand when they first met the MC never bottomed and he didnt know the ML nor did he have any desire and... more>> he was in total pain, so what the f*ck ?and the creepiness later with the ML he was like I will take you wether you wanted or not, and more than that it was a point of humiliations to the ML and MC, especially when the MC asked to top the ml, he was offended and his eyes turned cold, so he is ok to do this to someone he grows to love later and still had the same opinion that he is above that ? I didnt like how the mc's personality turned weak in front of him all the progress in their relationship earlies was forced by the ML using threats and manipulation he even tried filming him with other people to blackmail him in the beginning <<less
1 Likes · Like Permalink | Report

dubcon between main leads, description of gangr*pe and abuse, mentions of suicide, violence

[collapse]
This isn't a mere revenge story of Lee Yoohan. It's a story of Lee Yoohan's growth; moving on past his guilt and self-hatred, where he finally learns to feel his emotions and live for his own sake. No longer just living but alive. Jay here is someone who was originally captivated by Yoohan's sadness. For the first time, he actually sympathized for someone when he saw Yoohan crying. And perhaps, he had fallen since then. Even when he had not realize who Yoohan was, it was pretty obvious. Jay himself seems to have a certain story that makes him who he is today. Their relationship aren't the most healthy, Jay can be overbearing and obv has more power than Yoohan, but he learns to hold back and despite his own harsh words, he is actually doing it for Yoohan. Not in a misunderstanding way, but because Yoohan at the time still could not move past his guilt (his emotions still locked.) Hence, the words he used was easier for Yoohan to understand and rationalize despite Yoohan's own growing feeling for Jay The other characters are great as well. They are in the supporting roles but each have their own characteristics. Not just a mere 2d characters. Yes, that includes the former lover. Each of the characters, their relationships, the subtle meaning in dialogues, symbolism here and there, brings a thought out of me. All in all, a very fun read but definitely not for the faint of heart. <<less
0 Likes · Like Permalink | Report

This is master piece. I like it how the ML so head over the heels toward the MC, eventho he is too posesive. I like this type of MC, he dont talk much but he is kinda funny. And I think he is smart enough for someone who dont finish highschool. I like how he strategizes for revenge. He wasn't the type to act rashly. Yes although its success has ML intervention too. He looks cold but actually he is a caring person.... more>> ML is smart asf, but he is psycho. Pretty satisfied how the villains ended, eventho the main target of revenge seems still dont repent his sin. But its really satisfying how the villains ended in the extra chapter. <<less
0 Likes · Like Permalink | Report

I read all three books. The story follows the MC as he tries to navigate through revenge, guilt and punishment by practicing acting... romance is lacking. Majority of the story Yoohan and Yoon aren't even doing things together, they are usually apart, one is going to classes, other traveling/office. A lot of text messages back and forth, but Yoohan spend his entire story with other people more than Director Yoon. I found myself skimming a lot to get to scenes with the two of them. They don't get together until... more>> end of book 1, even that he wasn't comfortable with the relationship in book 2, and got more accepting in book 3. Yoon's shameless flirting was enjoyable, but he does say some weird/scary things that made me go uhhhh okay, the stereotypical BL extreme possessive alpha comments. It ends with a happy ending, they are still together, most importantly having s*x regularly (yay!?). I wish there were more smut scenes, but we do get a few throughout the three books. Also the translation I read was not done by a Korean speaker, so scenes probably got lost in translation. Overall, it a so-so read, I know it's a slow burn, but I do wish the main couple had more time together on paper. <<less
0 Likes · Like Permalink | Report

This is the kind of novel where the MC's thoughts of how he sees the world made me cry a river. It's heart wrenching because sometimes I can relate to him too much. Still one of my favorites until today and probably until many years to come. I'm so glad the manhwa adaptation did the novel justice. (And the audio drama is really good too. Y'all should give it a try)
0 Likes · Like Permalink | Report
Leave a Review (Guidelines)
You must be logged in to rate and post a review. Register an account to get started.