Novel Updates
RegisterLogin
Theme
Search
Your changes has been saved.
Advertisements
Once Promised 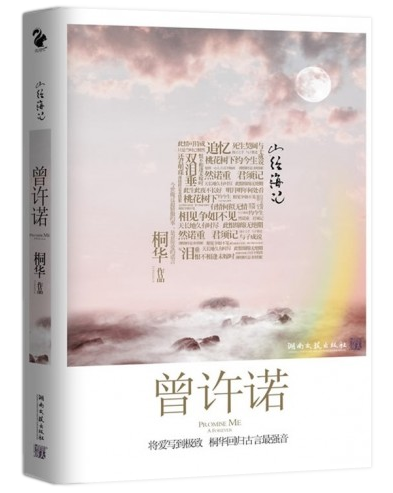 Status in Country of Origin. One entry per line
19 Chapters + 1 Epilogue
Complete

One entry per line
Hunan Literature And Art Publishing House

In ancient times, a time where heroes are born. God, Man, Demon and all things on earth were mixed in between Heaven and Earth. There were three great god tribes: the Central Sheng Nong, the Southeast Gao Xing, the Northwest Xuan Yuan, they occupied three parts of the land, three independent empires.

The heroes the world paid the most attention was undoubtedly the Sheng Nong Tribe’s War God Chen You and the Gao Xing Tribe’s Prince Shao Hao.

Chen You was the Beast King brought under control by Shen Nong’s Yan Emperor many hundred years ago, cruel and honest, cunning and pure, his powers? He has never lost a battle. He has no rules in his heart, only revenge, his one goal is to use his powers to take over every single thing on earth, in one united empire.

But fate makes fools of men, in his bid to cement his empire, he met the princess of the Xuan Yuan tribe, at first a misunderstanding, but very quickly they fell deeply in love.

Under the Peach Blossom Tree, Chen You made her a promise of love, he will give up everything, and stay by her side for the rest of their lives.

These are recommendation lists which contains Once Promised. You should give them a visit if you're looking for similar novels to read. Alternatively, you can also create your own list.
More Lists >>>

I read this novel after falling in love with its sequel "Lost you forever" hoping to fall in love again with the wonderful world-building and almost alive characters. It tells the love story between two people belonging to different tribes who suddenly are obliged to stand on opposite fields when their tribes declare war.
What I greatly admire of the Tong Hua, is her ability of playing with my feelings, with apparently simple words, she outlines scenes and characters making them alive. I'll give you an example from one of... more>> my favourite moment from chapter 5:
Spoiler

Ah Heng is grounded on Jade Mountain and she exchanges letters with Chi You. After 30 years without the possibility to leave the mountain, Ah Heng becomed depressed envying at the same time the freedom of Chi You, so she gradually stopped replying to his letters.

Chi You's letters kept coming, until one day, a letter grabbed her attention. One line appeared normal but pierced her eyes: "Passing the small hills, the peach blossom flowers ablaze, burning over both shores, a girl starching clothes by the river, I though of you again.."
The unintentional "again" caused Xi Leng to turn in her sleep for one whole night.

From the simple sentence "I though of you again", I can immediately feel how much Chi You loves her making also Ah Heng realize how often Chi You thinks about her, it's really beautifully written.

[collapse]
As the years pass by, Ah Heng grows from a naive girl to a strong-willed woman, being torn between her love and the loyalty to her mother and brothers and resentment towards that stubborn and cold father who is the main responsible for the outbreak of the war. Chi You is rebellious, passionate, always honest with his feelings, ready to sacrifice himself for his beliefs. Beside them, there is a group of very realistic and three-dimensional side characters, each has their personality, hopes and motivation. There are no evil enemies, just people with different objectives.
It's a pity the translation has been interrupted, I realize it is difficult to read it by MTL as I did, still, the novel is worth it. <<less

Lord of the Ancient
Advertisements