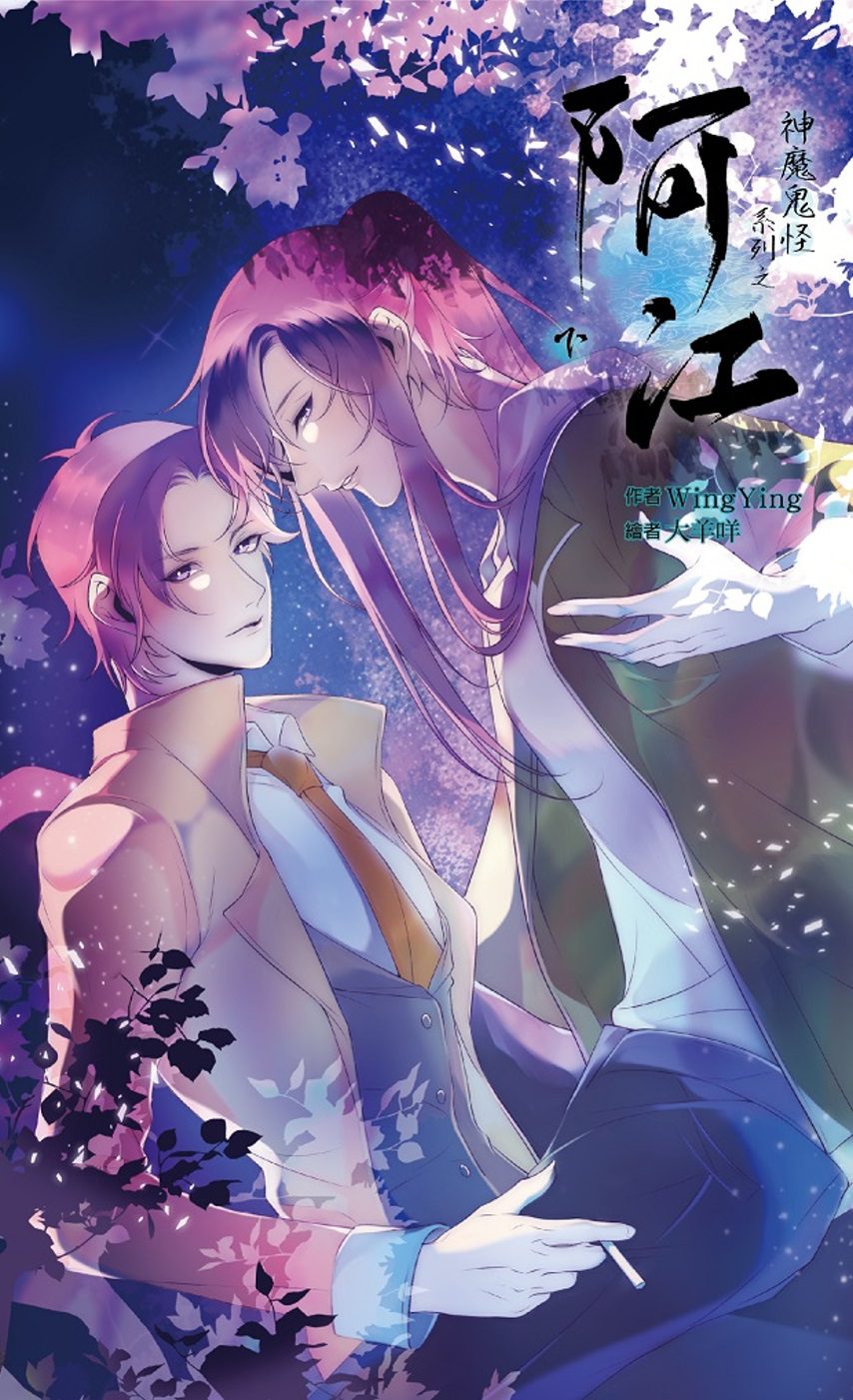 One entry per line
WingYing

One entry per line
大羊咩

One entry per line
Uei Shiang

Constable Shi Tou of the An Ling District, is a tall, strong, and handsome young lad with good martial skills. But ever since he’d been ordered to exorcise a ghost at Pu Jiang, he became the well-known “nemesis” of wives within the whole district! Any bride that is about to go through the wedding ceremony with him would either die from sudden accidents or it would be unknown if the missing bride was dead or alive.

Shi Tou could only obediently go and pay his apologies and pled for the high and mighty River Jiang to not cut off his line of generation!

So, as he wished, Shi Tou got a first-class ferociously beautiful──man! The beauty had wide shoulders and large hands, he also seemed to be taller than him.

His skin was as white as cold snow like he was some kind of demon or ghost, the gorgeous looks of the beauty that would make one awed seemed to lure Shi Tou…in love…

As the saying goes, wildflowers from the side of the road should not be picked.

When the beauty came up to his door again, Shi Tou realized the deep affection he received, was a ferocious one where no one within thousands of hundred of years could receive!

“──For the safety of other’s lives, this benefactor, please…just obediently marry it!”

“Ah-Jiang” is the first of a 5 part series that we’re calling the “Mythical Creatures” series.

One entry per line
神魔鬼怪系列之阿江

These are recommendation lists which contains Mythical Creatures Series 1: Ah-Jiang. You should give them a visit if you're looking for similar novels to read. Alternatively, you can also create your own list.
More Lists >>>

I Love It!!! It's just basically a forbidden romance with a sugar toppings of supernatural added! It's really my cup of tea!😍😍😍 Great translator-sama please continue and finish translating this novel... Recommended for people who wanted that fantasy BL romance set in ancient times... And the supernatural plot is the honey sugar to make this story tasty😉😉
2 Likes · Like Permalink | Report
Leave a Review (Guidelines)
You must be logged in to rate and post a review. Register an account to get started.

The Emperor and the Tree, or...

Paths of the Chosen