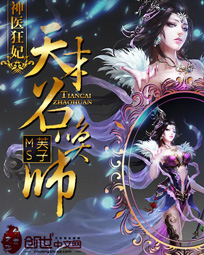 Status in Country of Origin. One entry per line
1456 Chapters (Completed)

She crosses over to a different world, and becomes a little six year old good-for-nothing. One day she rises up, with her summoning skills which defy the laws of nature and forbidden magic. Her abilities suddenly astound the world and she disdainfully looks down upon the strong from the mere corner of her eyes.

When extreme frivolousness meets up with two-facedness, when a genius squabbles with an evildoer, at that moment, the world trembles because of it!

These are recommendation lists which contains Miracle Doctor, Wild Empress: Genius Summoner. You should give them a visit if you're looking for similar novels to read. Alternatively, you can also create your own list.
More Lists >>>

First of all, I'm almost a third through the story and she is still 8 years old. So yes, its fairly slow paced so far. I found the beginning a bit tiresome and I'm not sure how I stuck with it through the first part when she lived in the village but I'm really glad I did. Despite all its flaws, this one is a really enjoyable read. Other than the slow pace, the biggest flaw in my mind is the age of the main characters, which I find to be... more>> completely incongruous with their actions and behavior. Because she leveled up, the author states that she looks more like 12 years old than 7 or 8, but it still gives me a weird feeling that she's developing a male following at this age.
Spoiler

Quick summary:
The MC is reborn into/takes over the body of a newborn who is killed in a scuffle between her birth parents and some unknown assassins. It is unknown (up to the point I've read) why they were being pursued. Her father almost gives up hope after her mother is gone/dies? but continues living for his infant girl. Fast forward to present, she is now 6 years old. She is unable to cultivate although she desperately wants to because, we later find out, she doesn't have a soul vessel/stem? (I'm not sure how it translates). In other ways she is intelligent and athletic and can protect herself via her knowledge and skill with her needles. She also trains in a different pathway (Shennong inheritance) that she studied in the previous world which gives her keen vision, the ability to see, determine, differentiate substance and empower her genius medical abilities.

The MC meets the ML and one-ups him despite the fact that the ML has amazing spiritual power and martial ability. His multi-element power, including the dark element is almost unheard of in the world. Initially the ML is blind and seeks to find a cure for his ailment. Over the course of the first act, the MC inadvertently but conveniently gains half of the ML's spiritual power and repays the the ML by preforming a corneal transplant on him thereby fixing his blindness. With this, the ML decides that the MC is his life partner.

However, the MC leaves abruptly with her father after the operation before the ML awakes and they are separated for a couple years. In the interim, she accomplishes a great deal, gains companions, followers and enemies.

[collapse]
I find the book to be very well written and I really like how the author created varying paths of cultivation--- magical power, martial arts, summoning, musical power. Its one of the best xianxia foundations I've come across in a romance xianxia type novel. Here's to hoping that the novel continues on pace and that the future contains no derailment (no bogus memory loss please...). <<less
19 Likes · Like Permalink | Report

I spent a week reading this novel via mtl. It started good. The author introduced her characters very well and their development throughout the story is aldo good. The MC is fantastic. She does have an heirloom that transmigrated with her but her skills were honed thru hardwork and sheer tenacity. This is a good read very well recommended! I read at the last chapter that is has a sequel but I cant find it though.
4 Likes · Like Permalink | Report

Imo the MC is way too one dimensional. She has one thing on her mind: revenge. Her boyfriend breaks up with her? She makes him impotent for life. A 5 yo child glares at her as a 30 something year old woman in a child's body? She knocks the kid out immediately. The ML is also way too hot to a 6 yo as a 10 yo. Also, the ML is blind, which happens to be the one thing that the MC can cure because of her "constitution". If the... more>> MC had dimension and some sort of morals or self-awareness I feel like this would have potential, but I'm in no way attached to her. <<less
1 Likes · Like Permalink | Report

I don't really know why the translator basically dropped this LN. Personally, I think that this is pretty good, from up to where I've read. I would have enjoyed seeing the translator release more chapters because I think that it would be worth the read. Seddd lifeee
0 Likes · Like Permalink | Report
Leave a Review (Guidelines)
You must be logged in to rate and post a review. Register an account to get started.