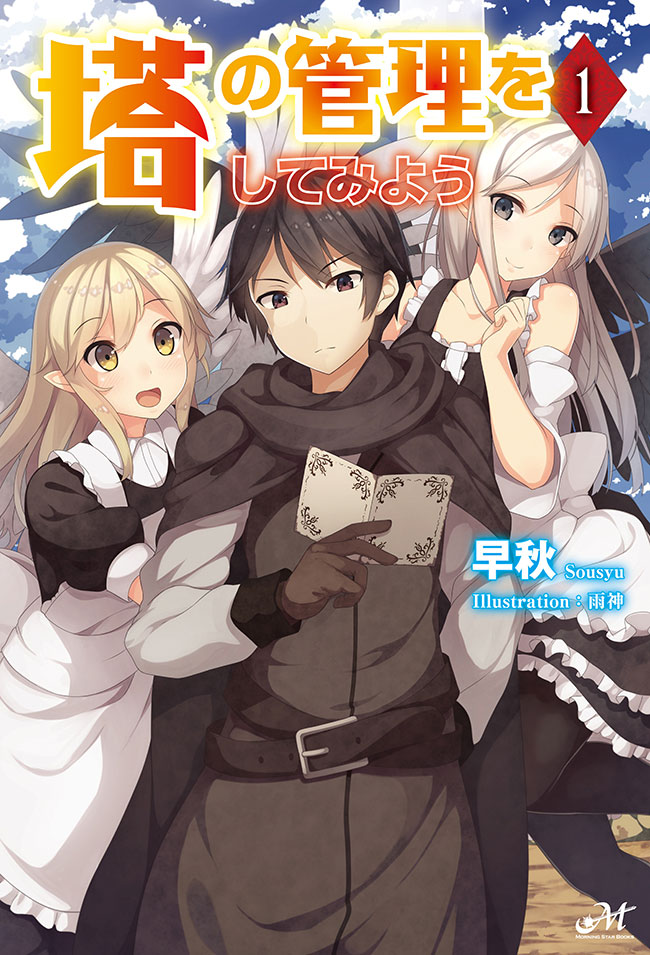 One entry per line
Shinkigensha
Syosetu

While returning from work, I was run over by a car. At that time, my soul goes out and was transferred to another world. The goddess I met sent me out to the world she manages.

In that world, I captured a tower and managed it.

I accepted various demi-human races(including humans) in the tower to develope it.

Though the main character himself doesn’t have much combat ability, he has two cheat by his side.

The two mofumofu are on their way to being a cheat. As for the other humans and demi-humans, will they grow in the future?

They’ll steadily grow. The MC is mediocre in combat but he has a cheat(?) on his own.

One entry per line
Tō no Kanri o Shitemiyō
塔の管理をしてみよう

These are recommendation lists which contains Let’s Manage the Tower. You should give them a visit if you're looking for similar novels to read. Alternatively, you can also create your own list.
More Lists >>>

Someday, someone may translate this so I'll give it a review... It started out weirdly confusing as the pacing was at times fast and at times slow.
But the more I read it, the more interesting it gets.
The MC started to slowly mature (personality) over time in the story from being a dense beta to a cunning alpha.
While the 2 Main Heroines feel bland at the start, over time, their character slowly got refined.
The plot starts from small, to large then to a grander plot wherein Gods have... more>> started interfering. All in all: It's a fun read, there's a manga adaptation too. Entertaining, simple and quite relaxing to read. <<less

Vector Control in the Multiverse
Advertisements