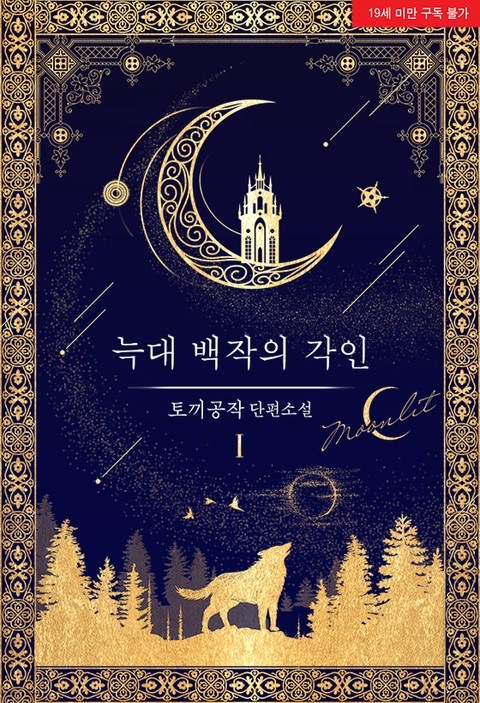 Status in Country of Origin. One entry per line
2 Volumes (complete)

‘Will Count Arnulf accept it, even though I’m the one who’s coming?’

Lisa, an illegitimate daughter, eventually became a substitute for Eleonora, the daughter of the Duke of Aida, after an unwanted marriage with the ‘Wolf Count’ that was arranged by the King. As soon as she arrived at the castle, her poor self, who doesn’t have any support from the Duke, was married immediately off.

“What happened to her? Princess of Aida?” Lisa trembled in fear, thinking that she might be caught as people frown upon seeing her appearance.

After the ceremony, the two headed towards the wedding chamber…

“There is a witness in the next room.”

Lisa opened her eyes wide without even knowing.

“If you accept it now, it means that you can’t file a marriage annulment later as an excuse for fraud,” the Count declared.

Lisa showed a frightened face. The Count’s eyes trailed from Lisa’s lips to the nape of her neck and chest. And looked down at her belly, which was rising and falling with tension. And then put his palm on it.

“Ah!” A groan mixed with pleasure erupted from Lisa’s throat.

“You’re like a rabbit with its neck being bitten. Am I so scary?”

Lisa spoke with a loud voice, as if she was going to burst forth. The Count was indeed scary, but she has nowhere to go if she leave this place

These are recommendation lists which contains Imprint Of Count Wolf. You should give them a visit if you're looking for similar novels to read. Alternatively, you can also create your own list.
More Lists >>>

It's fun and such a smutty short read. Highly recommend for someone who likes shy characters who find love. The final confrontation with the Duke and Princess is fabulous. Highly highly highly recommend supporting lazymomo to get full access 💖💖💖💖
1 Likes · Like Permalink | Report

Good so far, excited to see how it develops. Quite short chapters, but excellent grammar and spelling.
0 Likes · Like Permalink | Report
Leave a Review (Guidelines)
You must be logged in to rate and post a review. Register an account to get started.