Novel Updates
RegisterLogin
Theme
Search
Your changes has been saved.
I Don’t Dare to Oppose a Protagonist Anymore

Home >
Novel >
I Don’t Dare to Oppose a Protagonist Anymore 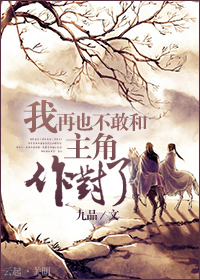 Status in Country of Origin. One entry per line
87 Chapters (Completed)

Lin Xiao was addicted to reading Qidian novels. He always fantasized that he would have a day when he could transmigrate and then embrace beautiful women all over the whole world, becoming the strongest person in the mainland.

After he really transmigrated, Lin Xiao stubbornly always believed that he was a protagonist until he met Ling Luo.

Only after being killed by Ling Luo did he know that he was only a cannon fodder villain in a novel.

When he restarted his life and hatefully wanted to oppose his fate at least once, he was ruthlessly crushed again.

The two of them were similarly straight guys…

Lin Xiao internally cried as he looked at a certain person who tied him onto an obelisk in the back and thought, who could tell him what this was all about?

These are recommendation lists which contains I Don’t Dare to Oppose a Protagonist Anymore. You should give them a visit if you're looking for similar novels to read. Alternatively, you can also create your own list.
More Lists >>>

Hello, I picked this novel up. And, I have already read the ending.
Spoiler

There was a misunderstanding between the two, but they continue to travel. One day the shou says that they could retry, and the gong is very happy. Together they travel far and far away. I saw some comments 'complaining' about an open ending, I dislike sad and open ending too, but here, the couple uhmmm stay together again. But then it's your interpretation if it's a satisfactory ending or not :)

This is one of the fell novels that the MC has a character growth! At the beginning he comes off as a spoiled jerk otaku, but he actually grows up, he finally has the mentality of "I'm not the protagonist so the things won't fall down from the sky for me, so I have to work hard!", though by chapter 65 he is weaker than the protagonist but he is still better than many of his peers. Also another fun fact, the MC said he would slim down but by c65... more>> he is still a bit chubby and cuddleable!
Spoiler

And the protagonist likes it very much!

The romance is slow, after all the both of them were straight guys...... but it's way more believable than others YY novels, the MC even gets to question how the hell did those girls get so crazy for the protagonist (in my view it's not jus the protagonist halo, but because they are too easy or have too many schemes on their sleeves)

[collapse]
And yep, those ex-harem girls are all b*tches! Though not that all female characters are bad...... Edit after finishing: It was really an enjoyable ride....... though nearing the end had such dog blood plot, still, all's well that ends well..... so, don't worry that this isn't BE but HE! Not only the MC grows but also the protagonist. They aren't perfect and many times you get the urge to strangle them. But still, times heals everything....... Ps: There are too fell H scenes and not much details, if you are reading looking for H scenes this isn't the novel you should be reading. <<less
10 Likes · Like Permalink | Report

I kinda like the story. Unlike the common route where the transmigrator was so OP and counterattack. Our MC was a real supporting character. No matter how he tried, he’s not the protagonist. I like it that he realized and accepted it. It’s really makes sense to me. And it somewhat different from the stereotype transmigration and rebirth story that I knew. The story it self is fun, there’s action, comedy here and there. Overall I personally think it’s not bad at all. My biggest problem would be it’s ending.... more>> It just felt bland to me. But it’s actually not that bad, I’ve met something else that’s ended even worse, much worse that this. And The way this story end is a real common thing IRL love story as well. But I prefer it a bit merrier? Maybe.. But it’s just a matter of personal preference. <<less
6 Likes · Like Permalink | Report

The rate should be 4 stars. But I couldnt edit it. Anyway, it was really going well on the first two third of the story. It was warm and fluffy and cute. But then the author threw a dog blood drama so unreasonable, it ruined the whole thing. The author created a pit for herself that she had to wrap up too fast and abrupt. In the end, there was no closure with the 'harem' of the ML. The relationship between MC and ML could have shown after they got... more>> together, but it wasnt. The ending had a sort of open ended feeling. <<less
4 Likes · Like Permalink | Report

Super promising start with the appearance of at least 5 of my favorite transmigration tropes in the first chapter. Can you guess what they are? Anywho, this is already shaping up to be good bl fun!
3 Likes · Like Permalink | Report

the beginning was fun and had its humorous parts but starting from the hot springs I started liking it less as less as there was more and more drama. As for the ending ... more>>
Spoiler

in the end it feels like he finally gave in not for love but because he was tired and LL would never leave anyways.

[collapse]
the ML seems to border on yandere more than once in the story. I admit that the violation and r*pe parts had a negative effect for me and all the drama that happened later on was tiring so in the end, I thought that though the story is OK, it's very flawed. <<less
2 Likes · Like Permalink | Report

Interesting idea, I'm just not sure how I feel about the story other than it's okay. The biggest issue for me is the MC. He's an idiot and has a bad character, which isn't an issue for me unless he doesn't experience some character growth. It's just I'm not sure he will. For example the MC has a crush on a girl, okay. But midway through c1 you find out the MC was reborn (twice) into a fat kid. Which is fine, what bothers me is he finds out his crush... more>> didn't like him because he was ugly and fat. Not because he was harassing her or because he had a bad personality, nope, it's because he's fat. Like seriously author. This worries me because he takes it as he needs to slim down, not that he needs to fix himself, and the girl comes off as a bit*h despite having a legitimate reason for not liking him. I don't know, I'm probably taking this story too seriously. Maybe c2 will be better, for now 2 stars for just being okay. <<less
2 Likes · Like Permalink | Report

So far only the 1st chapter is translated but it was pretty good. Read a few more chapters on danmeila dot com. Synopsis: The MC transmigrates into Xianxia world thinking he's the Hero but ends up getting killed by another transmigrator who is the real hero. But after the MC returns to his "real world" and reads the Xianxia novel he transmigated into he wakes up back in time in the same book before he's killed off and decides to save himself & his novel family from the Protagonist. Unlike "Scum... more>> Villain Self-Saving System" or other similar novels, the MC doesn't choose to hug the Protagonist's thigh, instead chooses to not piss him off and avoid him as much as possible. Since the Protagonist is the ML, they of course cross paths again and again anyway. MC also tries to swipe the Protagonist's "cheat", but predictably fails since he's not the hero of the story. There's also a sub-plot about the MC losing weight because the girl he had a crush on the first time he transmigrated hated him because he was fat. Reading about her true feelings (which are pretty cold & shallow) in the novel set the MC on course of self-improvement & character growth. <<less
1 Likes · Like Permalink | Report

The plot and development was okay. That said, the ending was kind of disappointing in a sense. I mean, I know that some people would like open endings. But, somehow, the ending didn't bring much justice to such a beautiful story. Heck, the 87 chapters seemed to be too few compared to the other Chinese and/or BL novels out there. It would have been better if the story was expanded to the point that Ling Luo and the MC having adventures in the Mainland while Ling Luo tries his best to... more>> make Lin Xiao fall in love with him. Having things going on like that would have been more enjoyable. Unless... The Author plans to write a sequel for this story..... If so, then that would be awesome. <<less
0 Likes · Like Permalink | Report

This novel... I feel that both MC and ML has a lot of trial, hardship to get their happiness. I'm crying for both of them. The end of this novel hit me hard. They really deserve each other. Its the best decision for me not to drop this novel after I read few chapters.
0 Likes · Like Permalink | Report

World - The story has a cultivate + alchemy background but it's really simple
to understand and because of the adventure the blackgroud/locations changes a lot during the plot. Plot - The story have a slow pace and focus on the relationship development
between the MC and ML showing their misfortunes and how they fell in love/accept each other. Genre - Adventure > Romance... more>> BL - Our protagonists had some bed activity after ch50, the description is explicit but the scenes end to fast. Warning - Two rapes scenes,
If you ignore the ML is a transmigrator it's gonna be much better and the story gonna make more sense,
Not so bad but the ending could be a lot better. It's "MY" opnion and conclusions about this novel. <<less

It starts good, but by chapter 60 I was already skipping. To think this is just 87 chapters, it felt very long.
0 Likes · Like Permalink | Report

Rate: 3.5/5 I may had got it wrong due to reading it with MTL. The story is interesting on some parts and some other parts makes you think the characters had no brain and act so just for the plot. The *** scene is just implied but I feel like it is not consensual or should I say dub-con? The ending is just okay but not very satisfying for me.
0 Likes · Like Permalink | Report
Leave a Review (Guidelines)
You must be logged in to rate and post a review. Register an account to get started.