Novel Updates
RegisterLogin
Theme
Search
Your changes has been saved.
Advertisements
I Attacked Because I Was Afraid Of Death

Home >
Novel >
I Attacked Because I Was Afraid Of Death 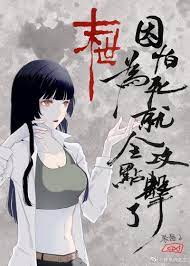 One entry per line
装盘烤鱼

Status in Country of Origin. One entry per line
133 (Completed)

Chi Xin was afraid of death but was convinced by her roommate to watch a newly released doomsday movie. At first glance, she was attracted by the handsome, calm, and resolute male lead.

When the tide of zombies flooded the city, the male protagonist stood on the wall with a sad smile and raised his gun. And when the camera closed up on a scarlet mouth that took the entire screen, Chi Xin screamed and fainted in shock.

When she opened her eyes again, the city wall under her feet was shaking and countless zombies rushed to bite her neck. A desert eagle in her hand, she trembled and almost fell off the wall. When she turned her head, the face that had made her swoon a moment ago was looking at her with a cold smile.

“Chi Xin, use your life to pay for this mistake.”

Chi Xin: Frightened to the extreme but expressionless.jpg

She remembered the voice of the self-proclaimed troublemaker system when she closed her eyes: [The doomsday world is highly difficult. The host can choose to add defense, attack, foresight, or other functions…]

What did she answer?

“Attack! Give me full attack!”

Chi Xin was about to hug the hero’s thigh and beg for forgiveness when a zombie came to bite her. She instinctively raised her gun and in the male protagonist’s horrified eyes, she smashed the zombie’s head with the butt of the gun.

Everybody saw her look sad (scared), stunned (scared), and silent (scared) as she shot the remaining zombies one by one in ruthlessly accurate headshots.

Everyone: Why did you pretend to be so weak!

One entry per line
Full Attack because of death
IABIWAOD
因为怕死就全点攻击了

These are recommendation lists which contains I Attacked Because I Was Afraid Of Death. You should give them a visit if you're looking for similar novels to read. Alternatively, you can also create your own list.
More Lists >>>

Plot: Well,..... the plot is about fighting an evil organization in an apocalypse and seeing/finding if there's a cure of the virus.

Characters: Amazing, I got to say this. The character development of each one of the characters are great. The MC especially. Like imagine, if you're a lady of a prominent house and you suddenly got thrown into an apocalyptic world of zombies and killing with a system that wants to kill you if you did something wrong. What would be a FMC in a typical novel do in this situation? Cry? Beg? Be cute? Butter up the males? Rely on the ML? Wait for luck to strike?

The MC would go as far as to antagonize the entire group. She even swindled the system 😂 And I'll be honest, the characters are reasonable. They aren't one-sided.

For example:
The Zombie king I thought was a villain is actually a cute fella, naive of the world and scared of those people who experimented on him.

Romance: It's not there yet. This is mainly based on action and the cool MC. The ML is like, Want To Have But Can't. jpg 😂

[collapse]
So far this is the only thing I've got to say. So far, so good. Thank you to the translators for translating this gem. I'll be stacking up more chapters before reading the translated version. <<less
14 Likes · Like Permalink | Report

If you want to read female domination, then this novel perfectly suits you. I especially like Chi Xin because she's the real deal! I'm tired of reading overpowered FL with the common trope of expressionless, heartless, yeah yeah you get the idea. Although Chi Xin is powerful from the start, she recognizes that it's not her own power, just a plug-in by the system. Moreover, apart from the zombies, protagonists, her system is also kind of her enemy, in a sense that it will pit her to get in trouble... more>> like hugging the oriML, trying to crash their vehicle, and so forth. My favorite part is the misunderstandings, whenever she felt scared or has any negative emotions, her face will automatically set to either ferocious or subzero expressionless. It's very amusing how the others misunderstand those expressions of hers. Unlike other novels with the same concept, the FL here is a total badass, she's a one-woman army and does not need any savings from men, in fact, she's the one often saving them. In other novels, we read how powerful the oriMLs or MLs, they're so perfect and unrivaled, but in this novel, it practically raises the question:"Powerful male leads, who?" The FL tr*shes them all. The only downside is that the love interest fell in love quickly, it's so freaking sus. Another one is that some scenes are so hard to imagine and the transitions sometimes are all over the place. Overall, it's a good read! Its recommended! Love Chi Xin! <<less
11 Likes · Like Permalink | Report

Romance is mainly in the extras. There is (nicely written) progress of their relationship throughout the main story but they never really got together before the extras. It's a decently good novel, although I wouldn't describe it as amazing since it follows the basic apocalypses plot line (OP MC saves the world) without major changes and a lot of it is just 'amazing MC'. The characters have some depth to them, the plot twists are better than what I had expected (though it's still far from 'amazing' for me), and it's... more>> enjoyable to read for the most part. That being said, there's some stuff it could have improved on. There's some confusion or it's just the way the author writes.
Spoiler

The ML can go "I had expected this to happen so I prepared this thing specifically for it'" but it's never explained why he expected and was able to prepare an uncommon thing. Other examples would be system's leave (explained but confusing), or the MC's space (why she has it even after system's leave and why she can fit in so much stuff, where does she get does random stuff from in such a large quantity)

[collapse]
There're a lot of examples like these that just ruin the reading experience for me because it's confusing as to why they do something/why something happens, or it's quickly passed over. That's the main problem I have with this novel. I started to get bored and wanted to drop it at around c115~ but that might just be me. If you don't mind an OP MC, it's not a bad novel. <<less
4 Likes · Like Permalink | Report

It had been awhile since I had read a zombie apocalypse novel so I came in hoping to really like this, but sadly it failed my expectations despite a strong start. This is your typical overpowered FL who is omnipotent and has an immeasurable space. Any skill she shows is just glossed over as "she just knew" and while her past is hinted at, you never really find out about it. This is especially so with the very abrupt revealing of some pretty groundbreaking revelations and then followed promptly by an... more>> even more abrupt ending. As per usual with the OP MC novels, we have blind reverence and every man she comes across falls hopelessly in love with her. It's too bad really, because there were elements in the novel I quite enjoyed but our MC really just powered through every crisis almost flawlessly. <<less
2 Likes · Like Permalink | Report

I got hooked when I read the summary but when I read it I got disappointed. I mean she got transported in a ZOMBIE MOVIE, a MOVIE. Whenever I think about that it's a movie and the people she interacts with, in there, is an actor in her real world. My thought just keeps thinking that she's just in a movie rehearsal. She literally said that the male lead is exactly the one in the movie and she could literally be a fangirl to that male idol. I mean I... more>> don't know. I'm torn reading this novel. Update: I finished reading the entire novel and I'm glad things are not what's it's supposed to look like. All my questions are answered starting from chapter 120. MC is too OP indeed and everyone loves her. I can't change the rating but I will give this 4.5* <<less
2 Likes · Like Permalink | Report

IT's a nice story if you Like a little bit of MarySue protagonist, IT's a funny read the zombie parts are good, the romance is slow Like a snail, but that is funny so IT's OK.
2 Likes · Like Permalink | Report

This is a pretty enjoyable read so far, hopefully it won't be ruined in later chaps. The MC is mostly what made it 4 stars as the book focuses too much on her coolness and op skills, meaning lots of the story is fluff and reactions
1 Likes · Like Permalink | Report

MTLed to c42. Honestly MC is just way way too OP. It was okay in the beginning for me because there's the element of comedy and it's fun, but like as the story goes on it's just too much. At some point the system-given ability became hers? And then there was another incident where she just happened to get another super incredible ability? Got bored, dropped.
0 Likes · Like Permalink | Report
Advertisements
Leave a Review (Guidelines)
You must be logged in to rate and post a review. Register an account to get started.

What's Wrong with Only Having a...