Novel Updates
RegisterLogin
Theme
Search
Your changes has been saved.
Advertisements
Given That I’ve Become a Villainess, I’d Like to Live Freely

Home >
Novel >
Given That I’ve Become a Villainess, I’d Like to Live Freely 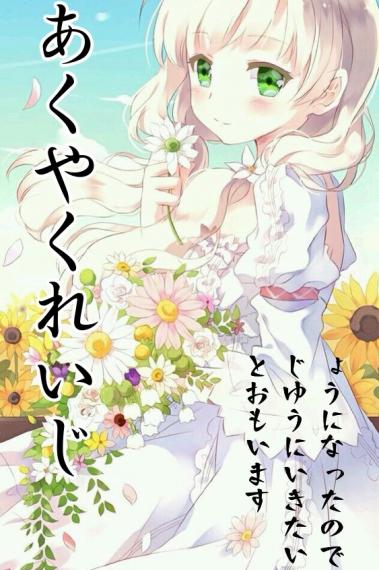 One entry per line
Nekomaru

Status in Country of Origin. One entry per line
107 Chapters + 22 Side Stories (Complete)

After saving a kitten from being hit by a car, Sudou Nozomi (25) unfortunately left this world.

Although I was lucky enough to be reincarnated, it was to a place where my previous self’s best friend was obsessed with. This is the world from an otome game.

However, I am not the heroine who finds happiness. Only a bad end – where my engagement is nullified – awaits me. I have become the villainess Roselia! However, the current me is still only five years old, so I have time.

“I still have time to spare! The future is hopeless, I might even die, so let’s live freely until then!”

I will improve myself leisurely.

These are recommendation lists which contains Given That I’ve Become a Villainess, I’d Like to Live Freely. You should give them a visit if you're looking for similar novels to read. Alternatively, you can also create your own list.
More Lists >>>

Well... it's as cliché as clichés can be if you're fond of "Otome reincarnation" plots, there doesn't really seem to be a harem, plenty interested but our MC even if cliché and as oblivious as all this characters are, obviously haves a thing for ONE of them which is nice to have an actual "Male Lead" being characterized properly. It's got very good world building although it also is very ephemeral and vague about it, it explains enough and keeps up with what is important, the tone is very contrasting, it's... more>> all pink and flowers until it suddenly becomes dark and gritty on some scenes so the contrast is striking but I don't mean that as a bad thing since all this is seen mostly trough MC POV it makes kind of sense because of the train of thought of our MC being as it is. The pacing is INCREDIBLY FAST, blink and you'll miss it, but since all this is kind of "I'll view the story trough a more realist lens" (the author touches very real very dark things, child trafficking, school bullying, even touches on how someone with a "harem" haves bad moral standards) it mostly focuses on those particular instances which I guess makes sense in the minimalist "web novel" approach. Just remember most of what we are reading is trough an "oblivious cliché reincarnated Otome character" but you realize how biased her view is when you actually read the other POVs, the other characters feel much more real (heck even the other oblivious cliché reincarnated Otome character suffers from the same bias as our MC but in a more twisted and s*upid way). It's an interesting novel that is very much "self aware" of what it is and uses it to its advantage to give it a twist in a different sense, doing commentary on this stories and still following the same Otome plot. <<less
0 Likes · Like Permalink | Report

Story seems directionless for some reason. There's hardly any plot or character developments. I endured till chapter 61, but that's it.. May be I'll try finishing it someday. I already have an idea where it is going though.
Spoiler

It looks like a triple reincarnation story. So far there are two, but it's kind of obvious who's the third, if any. If not, the two current incarnations were the friends from past life.

There are only 9 chapters yet but oh boi you wouldn’t believe the number of problems in this novel. 1. Logic basically doesn’t exist. The author is just trying to advance in the plot in the quickest way possible, but it just seems messy in the end. 2. Because it’s messy, it’s just really awkward. Especially the dialogues. The author wants the MC to be the typical perfect girl so every love interest falls in love with her within 10 minutes. She says all the right things to trigger love flags but... more>> it just sounds cringy in reality. 3. The scenarios are even worse.
Spoiler

She died saving a kitten. What a brave thing to do. But, girl, it’s been done times and times and again. First of all, who would jump on a road to save a kitten ? If it was in front of a truck, at most it’ll pass right under it. I’m obsessed with kittens, but even I wouldn’t do that. Plus, animals aren’t s*upid. Their hearing is much better than humans. This kitten should’ve heard the truck coming, so why did it cross the road ? Second of all, why are all drivers blind in mangas/novels ? Istg, they all die in a traffic accident. Stopping a vehicle shouldn’t be that difficult. Just saying, but let’s try to be a bit original here, there are tons of ways to die. But I’m just ranting here. Of course it’s okay to die like that, but because it’s like that in every novels, I’m getting annoyed. Don’t mind me.

[collapse]
The worst scenarios are the ones where the MC and the love interests meet, and when fall in love with MC.
Spoiler

MC begs for a pet, she gets a freaking beastman s*ave ?? Wtf.

[collapse]
The thing is, no one is shocked at all. They all go « Oh wow ! » For like 2 seconds then it’s over. And I don’t like the way the author just shove informations in our faces so it goes quicker while there isn’t much development. Don’t read this novel seriously. It’s meant to be very fluffy for no reason. I would recommend if you’re just looking for a distraction. I’ll try to update this review once there are more chapters. <<less
32 Likes · Like Permalink | Report

Game knowledge? Knows she's in an otome game and is the villainess... that's it. Her friend played the game not her. She doesn't know shit, no flags, no endings, etc. Modern knowledge? She was an animal lover and got hit by truck-sama for a cat. She's got no other useful knowledge. You can just take out those along with "otome reincarnation" and literally nothing will change, some reverse harem fluff isekai. No cheats, no powers, no knowledge. Unlike many other reincarnation stories, the fact that she's reincarnated is utterly pointless.
20 Likes · Like Permalink | Report

Well, to be honest, this "novel" is more like an outline of an essay or just a record of random ideas. If you ditch every spect such as logic, description, introduction, coherence, cohesion, etc. And just go for the cuteness and fun, this novel will definitely be one for you. If you want something like Common sense of Duke's daughter, Bakarina, and others, you will be disappointed.
8 Likes · Like Permalink | Report

I'm really looking forward to where this is going to go. It is similar to other villainess stories, but I have loved most of them that I've read so...... if it's not broke don't fix it? lol Update now on chapter 11: The story is a weird mix of slow moving (due to short chapters) and fast paced (due to little information). The translation is well done over all. Hopefully the author starts making longer, more detailed chapters as we move deeper into the story. I shall keep you updated!
4 Likes · Like Permalink | Report

NSFW warning don't look up the Japanese girl's original name. Sudou Nozomi is an adult video star; she's beautiful but holy crap explicit as hell LOL. II wonder if the author is really into her or if that was a joke or what LOL.
3 Likes · Like Permalink | Report

The bland story of a bland girl doing bland things. Doesn't do anything particularly exciting or offensive. Honestly, the most interesting thing is probably that the snobby prince who talks sh*t to her and hangs around with the reincarnated heroine is seemingly only buying into the heroine's nonsense because it lets him think he has a chance with the protagonist and otherwise seems fairly aware that the heroine is an untrustworthy b*tch.
3 Likes · Like Permalink | Report

Honestly I only voted it so high because all the other comments were a bit too negative. It's not a great novel but I've certainly seen worse. The target audience is definitely younger, like many 10-15 years old or something. Those of that age would probably enjoy it; it's the typical MLs all fall for MC who is just living her life.
3 Likes · Like Permalink | Report

I'm not the right age demographic of this novel but I read it because the premise looked cute... and it was. Cute.... but kinda naive and the villains are plain brainless psychopaths.
2 Likes · Like Permalink | Report

It's just a cute, fluffy story so far. She knows she is the villainess character through seeing a friend play the game. So she doesn't know much about what will happen or what the flags are. She is just an adorable, loving girl that is at the moment, surrounded by people that love and adore her. It's a cotton candy story.
2 Likes · Like Permalink | Report

I give 3 stars because although the story isn't bad, ot isn't great either. It lacks believable characters and developments (mostly villains) ; all characters exist to love her except the antagonist; there is little descriptions or context; and the chapters are short and very japanese-style (dialogue that goes nowhere, lots of onomatopoeia, etc). One of the things that irks me most is the mary sue protagonist and how every male in a radius fall for her at first sight just because and she is oblivious to it. ... more>>
Spoiler
[collapse]
Plus the fact that all the isekai in this story only exists to identify the other reincarnator because all knowledge as Nozomi is useless But lets not forget this is a fluffy story very shoujo-esque and oriented to young girls. At the beginning the story is pretty slow until she meets the antagonist and conflicts appear and escalate. So I wouldn't recommend it as must read but its a perfect lightnovel to read when you are bored and have nothing better to do. <<less
1 Likes · Like Permalink | Report

Chapter 21. No real character development. None of the characters have any discernible motivations. MC inexplicably seems overconfident of getting out of hairy situations through deus ex mechanisms. It's a tiring slog to go any further, so I won't.
0 Likes · Like Permalink | Report
Leave a Review (Guidelines)
You must be logged in to rate and post a review. Register an account to get started.