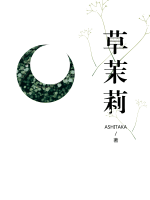 One entry per line
Ashitaka

Status in Country of Origin. One entry per line
34 Chapters (52 parts) + 3 Extras (Completed)

Life is mysterious. Even when the difference is as vast as that between the sky and the earth, a relationship can be formed and a love can come into existence.

These are recommendation lists which contains Four O’Clock Flower. You should give them a visit if you're looking for similar novels to read. Alternatively, you can also create your own list.
More Lists >>>

This story is both bleak and sweet. Normally I wouldn't read this sort of story but I am glad I did. The translation is so good, really top notch and the story grabbed me and wouldn't let go. I can't wait to read the rest. Translator-san thank you so much for your hard work! Highly recommended
0 Likes · Like Permalink | Report

As another reviewer has written, I want what Zheng SiQi and Qiao Fengtian have. I have never been in love, but I hope that the love that I will experience, can be as strong as theirs. It’s really heartwarming. I love their little warm moments, their conversations, just... seeing them happy makes me happy ヽ (；▽；) ノ Plot ... more>>
Spoiler

MC and ML meet while MC is chasing down a guy on University campus, to beat him up (it’s really reasonable, if I could, I’d do so as well.) Since ML was a University teacher, and saw this, he had to intervene. Afterwards, he drove to the hospital to visit the patient who was there bc of that guy. On the way, they had quite a deep talk ayeee (Before getting to know each other, when they meet, MC often asks questions... that you have to think quite deep about. Teacher Zheng... well I don’t know if his answers are right or wrong, but I agree to them, and the answer he gives, is just the right answer that MC needs.
MC, though strong, thick skinned and confident on the outside, also really... I think he looks down upon himself a lot. When he was 16, things happened, and he was “out of the closet” “forcefully” (so, he didn’t tell anyone, but was discovered by others) since MC lives in a small village, with ppl that despise others different from the norm, they’ve been raining down curses left and right, and really... cut MCs young and vulnerable heart deeply. Even his own mother has hit him, and cursed at him... aye I won’t talk too much about it, but really, it’s sad to think about.

So, Major Events in the novel

Little things that were stuck in my mind

And I... it made me think, and feel... so emotional. The wishes that he had, to hug openly, and all that? It’s like we’re taking it for granted, that everyone can do so, but it’s just not true (you can, but then there will be judging eyes, ppl talking behind your back etc). It’s like, you can’t hug, hold hands (romantically or maybe as friends) in public, without other ppl having wild thoughts, judging what they see and all that. It’s sad, when thinking about it. Something so ordinary as giving a hug, can also be a lifelong dream, that others can only wish for. It’s saddening but also often reality.
Beim alive is already hard as it is, why make life difficult for others and yourself. I hope there will be a day, when everyone can accept others as they are, their hobbies and their preferences, the people and things they love (within moral boundaries) Live and let others live. I hope everyone can have a happy life

[collapse]
I really, really, realllyyyy liked the way the author wrote! There are so many moments, in this novel, that really overwhelmed me, emotionally ah... I really liked
Spoiler

how the author ended the main part of the novel. It was a letter written by ML to MC and... just think about it made me tear up. I admire their love, their strength, and hope they will forever and ever be happy together.
Another thing, was that the extras ended with MLs daughter winning an award in a „composition competition“, in which she wrote: „I am the most fortunate. It's me who has two dads I love the most. Bit by bit, bit by bit, very happy.“ (mtl, part of it) and yeah, I teared up again.

[collapse]
And the translator did (and does) such an amazing job ahhh thank you for picking this up and translating this! It’s amazingggg <3 <<less
2 Likes · Like Permalink | Report

I want what ZSQ and QFT have!!! Such a lovely cp and the story is just so heartwarming and with a good pinch of angst to get your feels going. You can't help but root for QFT and also protect him. The translator is doing such a good job and I'm eagerly waiting for the new updates (even though I've already mtl-ed the whole thing myself lol)
1 Likes · Like Permalink | Report
Leave a Review (Guidelines)
You must be logged in to rate and post a review. Register an account to get started.