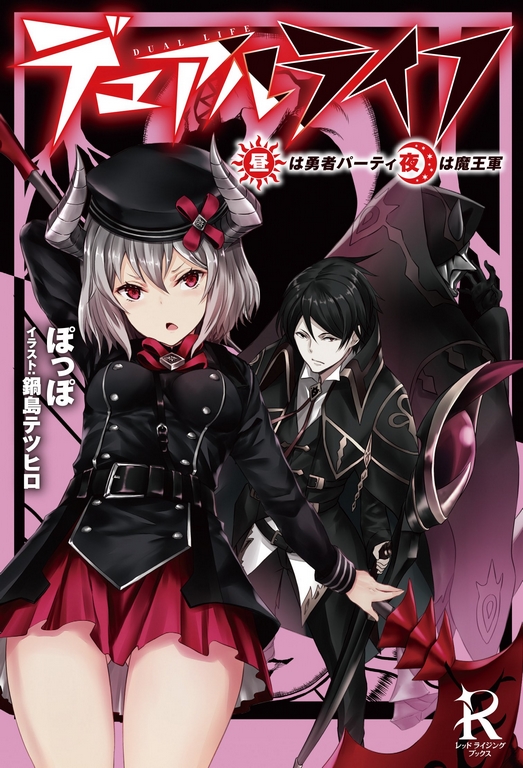 One entry per line
Poppo

One entry per line
Nabeshima Tetsuhiro

Status in Country of Origin. One entry per line
89 Chapters (Ongoing)

A spoiled and pampered Lady Hero, a noble and honest Female Knight, and a gentle Onee-san like female Saint-sama.

Along with the three women, the sole male in the group the black magician Falsa, on a journey to defeat the Demon king.

He is one of the Four Heavenly Kings of the Demon King army at the same time he is participating in the hero party as the head of the court magician.

Every day he fights as a human along with the hero party in the day and works as a demon in the Demon king army at night.

It was wishful thinking for Falsa, the half-demon, and half-human, as the people around him valued him highly, leading him to embark on a path of success from which he cannot return.

Falsa continues to work every day, fearing when his true identity will come out.

One entry per line
Dual Life ~Hero Party in The Day, Demon Army in The Night~
デュアルライフ～昼は勇者パーティ、夜は魔王軍～

These are recommendation lists which contains Dual Life ~Hiru wa Yuusha Party, Yoru wa Maou Gun~. You should give them a visit if you're looking for similar novels to read. Alternatively, you can also create your own list.
More Lists >>>

I'm Tired of Being too Over-Powerful!...
Advertisement