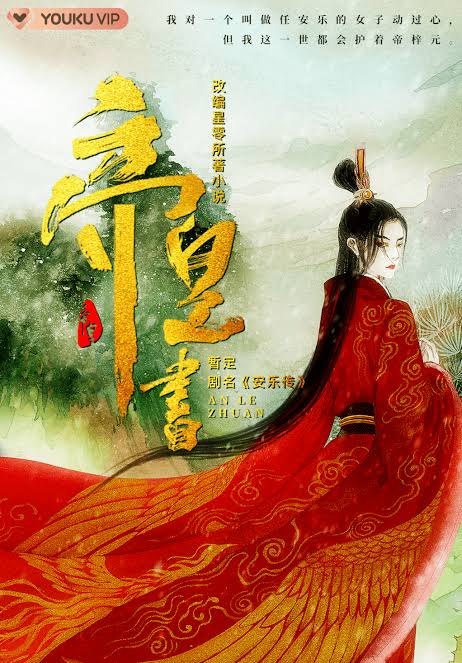 Status in Country of Origin. One entry per line
142+

“Ren Anle, do you wish to join me in the imperial court and create a prosperous era for Great Jing?”

She replied, “No. Your Highness’s rivers and mountains, His Highness’s own to keep.”

“Di Ziyuan, will you give up your grudges and join me in this life?”

She replied, “No. The Di family has been executed. My enmity with Your Majesty is as deep as the sea.”

The most difficult moments in her life was drawn with the greatest of ease. She has never forgotten that ten years ago, a royal edict brought the Di family to its knees. They sent her away to the south of Jin with her blood relatives gone. Ten years later, she became a surrendered general on the southern border.

He let her sit in the seven formations and protect the six armies, and let her wield the sun with her sword and defend the stars.

Both he and she have been chased by the crimson past for too long. In the circle with secrets and power schemes, they ignored the inner beauty of the spring times.

Di Ziyuan, your ten years of tumultuous memories with Han Ye are being forged into the bitter smoke of the Three Kingdoms.

And the imperial song you sang in the sands of blood, with the dust of the battle, will your sword be brimming or a sword succumbed to death?

These are recommendation lists which contains Di Huang Shu. You should give them a visit if you're looking for similar novels to read. Alternatively, you can also create your own list.
More Lists >>>

A Gem of a novel. Exhilarating, tear-jerking, suspenseful and beautiful roller-coaster.
An awe-inspiringly badass female protagonist that's seen never before.


Intelligent, cunning, badass, savage, ambitious, domineering, yet kind and compassionate and majestic. A greatly and consistently written character who's always 100 steps ahead of the scheming and cruel antagonists, to seek justice for the devastation they befell upon her loved ones and people. Ren Anle, also Di Zi Yuan, takes the crown for one of the most formidable and incredible female protagonists, I've encountered so far. A brilliantly written male lead.

Han Ye matches her game to the very best. Kind, loyal, equally intelligent, warm yet cold, cunning and ambitious, who won't sway a bit from his belief and ideal no matter the cost.
The story is filled with intrigues and... more>> suspense and also, a HEAVY amount of angst. The counter schemes are maneuvered very satisfyingly. One of the most beautiful love story, filled with the heaviest angst and pain that made my heart ache but gave me the deserved healing bliss, at the end. Everything Han Ye and Di Zi Yuan did and went through for each other was just overwhelming, unfathomable and amazing. Their hearts reverberated in unison for the same dream of establishing a peaceful & glorious country and till the end they persisted forward boldly even at the cost of their own happiness.
Spoiler

Han Ye's constant efforts at shouldering the responsibility of the the past grievances caused by his family to hers was admirable.

[collapse]
This novel assembles some great characters and relationship dynamics, along with the main romance of our protagonists, which is another reason for me to love it. The friendship between Di Zi Yuan and An Ning, portrayed like a brotherhood, different from the usual cringy and brittle friendships often portrayed between girls in novels, is my favorite of all. The relationship between Han Ye and Wen Shuo, Di Zi Yuan and Wen Shuo, Di Zi Yuan and Yuan Shu, Yuan Qin, Chang Qing, Wen Shuo and Yuan Qin felt extremely precious to me.
I'm done reading this novel with google translations once but re-reading it now seeing an official english translation being released. I couldn't move on for days after finishing, so I'm glad to re-read anew with better understanding. I hope this gem finds more eyes that witness the journey, and more hearts that cherish the emotions like I did. Not to mention, it'll always drive you on the edge of your seat and fuel an adrenaline rush with the suspense, intrigue and actions just as much. <<less

Dungeon Survival: I can see the...

I'm the Demon Lord, but All...
Advertisements