Novel Updates
RegisterLogin
Theme
Search
Your changes has been saved.
Advertisements
Are You OK 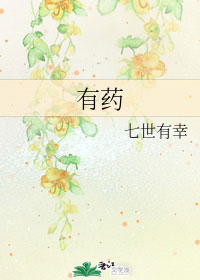 Status in Country of Origin. One entry per line
42 chapters + 9 extras (Completed)

Everyone is sick in this world, yet everyone thinks that they have the cure.

The imperial court seeks for transmigrators, conferring them all types of positions depending on their talent, in order to improve the civilization that lags behind and create a brand new world.

As the young master of Pang Men, Zuo Yunqi disguised as a transmigrator to sneak into the imperial palace, wanting to save his father. After the professional transmigrator-identifier Lou Zhu saw through his disguise, the two of them played rounds and rounds of mind games, made dozens and dozens of scenes, and finally reached a consensus at last.

However, while they jointly stopped a shocking conspiracy, they discovered that the transmigrators secretly established an alliance, trying to overthrow the administration and build a new society, and this discovery forced Zuo Yunqi and the others to take part in this warfare of scramble.

One entry per line
You Yao
有药

These are recommendation lists which contains Are You OK. You should give them a visit if you're looking for similar novels to read. Alternatively, you can also create your own list.
More Lists >>>

The structure this novel is written was very interesting to me, and I liked it. It makes it feel like a short theater, it was nice and easy to make these scenes seem like sketches and highlight the funny or dramatic or sad parts. I am very fond of the characters, they are so likeable and interesting enough to have their own arcs. But I still feel this could've been developed even further, deeper, they had enough content to explore and give a us a more detailed view of their principles... more>> and motivations. and there were some characters whose arcs were somehow disappointing, for the lack of a better word.
Spoiler

Zhou Rongqi was a GREAT character, he really had a reason to hold all those grudges towards his brother, the emperor, and Li Ke was his redemption in a way. I wish the author could've gone more into detail about how Li Ke helped Rongqi in many aspects of his life, going from a captive-capturer relationship into something very intimate to the point they were the only person the other truly trusted and were willing to give their lives for. And because Rongqi was a pained character with gray moral I feel he deserved a redemption arc, and not end up dying the way he did. I know that his soul might be trapped inside the dagger but still!!!! QAQ Li Ke and Rongqi deserved to be happy together and enjoy their remaining days in utter bliss [cries]

[collapse]
Although I wouldn't consider this novel as a danmei, THERE IS a lot of queercoded characters, they never state their status explicitly but come on!! you cannot there's hinted homoeroticism Lou Zhu x Zuo Yunqi
Spoiler

Lou Zhu and Zuo Yunqi were lowkey confusing because they would call each other "mine" and since the novel just goes briefly around how the characters interact with each other, you could've guessed that they got together a while ago, but then near the end this theory shatters..... UNTIL yunqi says he wants to protect lou zhu for the rest of their lives..... AND IN THE END lou zhu is like yeah I'm weak so I hope you can keep your word. so idk ma'am but that sounds pretty way for me

what can I say, this is probably the most canonical ship of the whole novel. zrq starts using lk to reach his goal, until lk dies in his arms and he gets to live the rest of his days alone and when he dies he is reborn into the day he lost lk with the difference that now lk is alive and well, since then they start working together to kill the emperor, but they treat each other no different from how a married couple does QAQ and zrq begs lk to kill him in the end, because he'd rather die in his hands than be controlled as a puppet and hurt him more than he already did in the past. It's very bittersweet the way their story unfolds, but it's clear that lk was the last thread of sanity zrq had, the only reason why he kept living

Although the latter is a minor side character whom appears for a few chaps and then is only in the background without anything special for the rest of the plot. but!!! it's very very explicit that they're together, like literally long daxia says nobody has ever caught his attention until qzd came into his life, and they retreat together to travel the world in the end. they're each other's significant other and it shows. these mf gays good for them good for them

[collapse]
for the rest of the characters like lin kai, xie liang and fan aiguo are so very loveable, they're the funniest characters and they are sunshines to sum it up. Anyways, I expected so much more in terms of plot development and details but it was a great novel, with this concept and all the other funny things like yuber, for example haha. I still think the donghua is a great adaptation and you probably won't miss a lot if you don't read the novel BUT I cannot say that for sure since the donghua is not yet complete, we shall wait and see. <<less
4 Likes · Like Permalink | Report

hhahahaha It is beautiful, I love that it has comedy but at the same time it is tragic, sometimes I can not understand if there are 3 couples or only two, but it does not matter. I like the characters, the story and more.
3 Likes · Like Permalink | Report

I'm dying..... what do I do with all these feels.....????? This series is severely underrated and the donghua is also severely underrated..... What to do? My Zhou Rongqi and Li Ke shipping heart will never truly find peace.....
... more>>
Spoiler

They got a really bittersweet end...

[collapse]
The only couple in the novel that truly ended up together and had a happy ending was Long Daxia and Qian Zhenduo.
Spoiler

They both became travelers in the end.

I TAKE IT ALL BACK!!!
Spoiler

Their story arc gets told in the last four extra chapters labeled "Heroes". And it was really, really cute.

[collapse]
Arguably, the main couple also got a happy ending too, but...
Spoiler

... their story fell at the "we'll meet again" ending trope.

[collapse]
Honestly, although quite a few details were changed and omitted in the donghua, I quite prefer the flow of the donghua more. Some parts were better explained and a few of the changed scenes left a stronger impact behind compare to the novel. Some minor characters were given a spotlight in the donghua whereas in the novel they were only either briefly mentioned or never showed up again. The personality also changed for a few of the characters, but that doesn't bother me much because each version was made to impact the story outcome differently for both the donghua and the novel. Overall, I technically wanted to give only a 4 star, but because I cried watching the donghua and cried reading the novel (especially over Zhou Rongqi and Li Ke while having the ending theme song on repeat) I felt it deserved the extra star. .....Siiiiiiiiiiiiiiiiiiiiigh......... What to do about my heavy heart with ZRQ and LK.....??? Are there any fanfic writers out there???? Pleeeeease..... I need peace..... <<less

My feelings about this novel are quite complicated. Although I really liked its main idea and composition, I also think it could be so much more. While the vast majority of novels with 100+ chapters feel dragged out, and one only wishes for them to finish sooner, this one feels a bit too rushed. Besides, I definitely expected more comedy and not leaving with my heart aching for the characters :C To cut the long story short, the novel is absolutely worth reading, but it is not advisable to make long... more>> pauses between the episodes, as it as quite difficult to follow its pace. Apart from that, it puts a bigger emphasis on the plot and world building than one would expect (in spite of how short it is), so one should be prepared. I was a little upset by the scarcity of actual romantic relationships between the characters, but it's really not that big of a deal. I think, it's sometimes better to underdo than to overdo, since there is always some room for imagination left. Since this novel is a pretty unique and exciting take on isekai, I'd definitely recommend to give it a read despite all its flaws. <<less
0 Likes · Like Permalink | Report

I love this one although it is sad that it does not focus much on couples. Still interesting, I never thought I would cry with this novel.
Aaaaah in love with the characters and eager to see the second season of donghua that will tell us more interesting things that happen in this wonderful novel.
0 Likes · Like Permalink | Report

Ohh my god it's soo good, like even though I came here after watching the drama, reading the novel definitely gives you different feel, like the way it's written is so funny and so easy to imagine how this scene must be going, it's like reimagining the world in a primitive way
0 Likes · Like Permalink | Report
Advertisements
Leave a Review (Guidelines)
You must be logged in to rate and post a review. Register an account to get started.

The Goddess Needs A Break!
Advertisements