Novel Updates
RegisterLogin
Theme
Search
Your changes has been saved.
Advertisements
Adorable Villain: Male God, I am not Trying to Rob You

Home >
Novel >
Adorable Villain: Male God, I am not Trying to Rob You 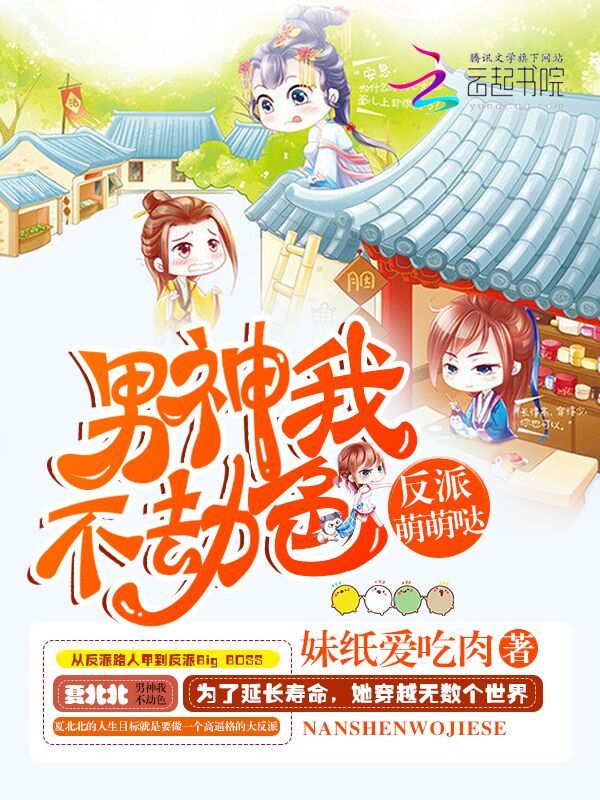 Status in Country of Origin. One entry per line
Completed
885 chapters

One entry per line
Jingyu
xxsy

The villain is an essential novel character that needs to be filled in. As a high-class villain club’s heir, Xia Bei Bei is determined to have her name go down in history as a byword for infamy villainess. However, to forge ahead towards the brilliant prospect as a true villainess BOSS, inevitably there will be a figure who appears in front of her from time to time who wanted to push her to her death due to some twisted rule.

Such-and-such Male God: I know that you have been coveting my beauty for a long time. So this time, I’ll reluctantly allow you to be intimate with me. Darling, you can’t backpedal. I’ll let you kiss me.

Xia Bei Bei: Cough* Cough* Male God, don’t give up on your treatment!

One entry per line
反派萌萌哒：男神我不劫色

Quick Transmigration: Report to the Host, You Have Been Attacked! (1)

These are recommendation lists which contains Adorable Villain: Male God, I am not Trying to Rob You. You should give them a visit if you're looking for similar novels to read. Alternatively, you can also create your own list.
More Lists >>>

This is gold! It's totally unexpected, I have quiet the prejudice about this exhausting transmigrated and reincarnated cliche plot that I just completely ignore all the novel with this genre! but this one is different. It's not your usual novel and it has unique touch of it. 10/10 Edit: I actually braved the waters! I'm afraid I jumped to the wrong ship so I MTLd the last chapter and I'm glad I'm on the right ship!!! Thank you very much translator san for picking this gold!!!??? ... more>>
Spoiler

The MC's ancestors are cursed that everyone from thier lineage will not live past 24 year of age so our great MC prepared in advance (donating her money, resigning from her work and confessing to her long time crushed through email ?but ending up sending to her boss instead). She is ready to die but at the drop of 12oclock in her birthday she received the system (yes, it's the ever popular transmigration/reincarnation system to become the best villain in each dimensions and gain months or years of real life extension) which she willingly agree coz duhh, who wants to die anyway.

This system differs from other novels because our MC will only be in each world/dimensions for 4 hours in the real world but in those worlds/dimensions, 4 hours can be months or years. So everytime she finished her mission, she will wake up (4 hours only, remember) and still need to go to work because she is broke, she donated all her money before thinking she will die LoL.

So in each dimensions or world, she need to complete and accomplish the villain plan so the suppose lead chars of each world will have a smooth ending (which didn't happen, just read it... Im not going to tell you why ✌)

The ML is someone who belong in the Villain Club system too just like our MC but his mission is to maintain and prevent any disturbance of the main story in each dimension. He's a pro in the Villain Club so he's like the best of the best (you know, the ML halo ?). He'll slowly gain interest on our MC who is ofcourse dense as ever LoL and he started following our MC on al of her missions. He is someone who knows the MC in real world and know her identity in the system too so he will be stalking our MC for quiet some time.

This novel is very fun to read and in each world our MC will always end up dying because that's her mission but in those lifetimes, she will always be remembered. (Did I spoil too much ?).

One of the lead moments I like happened around chapter 140, they are still in other world, when the MC was asking the ML about his opinion on what men likes because, the conceited and over confident ML assuming MC is asking about him which is a big NO lol ?. The MC plans to confess and ask her long time crushed for a date after she finished her mission but our ML was getting shy because he taught the MC is talking about him (yeah, they belong to one circle in thier real world so fat chance for him LoL)

Ch.144 Have you ever read a novel where the ML stepped on MCs feet when dancing bec he is too nervous? LoL

Ch.149 ML was crushed to ashes when our MC invited her long time crush in a date. MLs first ever defeat and heartbroken, he realized his love for our MC at this time. MC is flying like a butterfly at this time bec she finally had a date with her crush.

Ch.151 Of course, our shameless ML went to sabotage our MCs plan to confess LoL!

[collapse]
I love you from the deepest part of my Chinese novel loving heart ?. Please continue translating till the end even though the chapter count is long ? <<less
42 Likes · Like Permalink | Report

The MC has to play the role of a villain (there was one time when she even transmigrated into a male body) so that the story can progress as planned and the main leads can have their happy ends. She usually transmigrates by night. In between each transmigration she passes the day in the real world. These are the transmigrations I've read so far:
... more>>
Spoiler


[collapse]
With each successful mission she can collect points and level up, in between there are also some tests. When she reached a certain level she was given the chance to
Spoiler

revive a character in each of the worlds she previously transmigrated into. That character was given the knowledge of what happened in the storyline the MC played. This is so far my favorite part because with each transmigration the character she played or a side character had a very unsatisfactory ending just so that the main characters could have their happy endings. This way those characters knew what would happen if they behaved the way they did in the original storyline and could finally change their fate for the better. For example in the second world she survived the prince who remembered how the character the MC played helped him and how he regretted that he couldn't give her happiness. So he used his second chance to be with her and gave up the throne and his hatred. In the third world she revived her best friend who tried to avenge her death and got killed by the story's ML. In the fourth world she revived the story's villain who actually only wanted a home and a family. This way the character's the MC played and cared for could finally have the chance to have their own happy end.

OMG! I am so doomed I fall in love with a novel that has more than 800 chapters, but only 20 chapters tranlated OTL This is so good. A unique quick transmigration story, with good world building, and slow romance I hope translator will keep translating this novel
13 Likes · Like Permalink | Report

This novel treated the WORLD MSSION as real WORLD. How can I say this??? Its just most QT that I read so far feels so indifferent you know interaction between the MC and Indigenous people. They make you feel "ah.. their world mission is only inside the novel" which also makes you think that the indigenous people are not important hmmm.. Its a feeling that they are not real person but only a character in the novel that has givin life or etc. Haha.. I really couldn't explain well... But this novel... more>> makes me think.. oh... they are real this is reality not just a living person inside the novel but a living person inside the real world. Well anyways.... I found it unique and much more down to earth novel.. The MC is funny and cute you could also see that she's a begginer and have much to learn not OP but has someone who support her.. thats it... looking forward reading the 3rd arc.. <<less
5 Likes · Like Permalink | Report

For comedy this is okay.. But I couldn't get past 6 chapters even for that. MC is too stoopid, idiotic and childish. Can believe she has a normal high paying job (im judging how even the hiring went) , but anyways, there is no login anywer and if you prefer mindless reading, then this is for you
2 Likes · Like Permalink | Report

This QT is different from other QT novels. It has it own charms. I loved reading FL's journey of leveling up to become THE GREAT VILLAIN!! Yes the VILLAIN BABY! THE VILLAIN BABY! THE VILLAIN BABY! (Important things must be said three times!) And OMG!! I absolutely! Definitely! Love the male lead!! Boss Yan I must say GOOD LUCK on chasing your wife! You have a fat chance! You will successfully embrace our lovely BeiBei~
1 Likes · Like Permalink | Report

This QT story has its own charm I think, such as the dynamic of the system host and other users. Somehow, it's just not my cup of tea at the moment though :/ but I quite enjoyed the chapters I have read so far.
1 Likes · Like Permalink | Report
Advertisements
Leave a Review (Guidelines)
You must be logged in to rate and post a review. Register an account to get started.