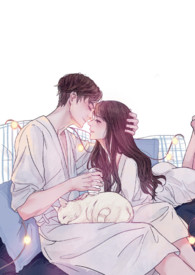 Status in Country of Origin. One entry per line
Completed (73 chapters)

Xie Ruyue and Meng Yunian have been together for seven years, and they have gone through the sweet period to the mundane period. Now they are in the seven year itch.

Xie Ruyue finally understood why there was a seven-year itch. For example, she and Meng Yunian were clearly in a good relationship, but she felt that something was missing and gradually she could not feel the feeling of love.

Xie Ruyue went to a couple’s relationship restoration hall under the guidance of a friend.

She saw so many ways of s*x interc**rse in the hall that she had never heard of and it made her blush. Xie Ruyue held back her shyness and paid the money, trying to make a change.

When Meng Yunian returned from a business trip, he found that his gentle girlfriend had changed. Xie Ruyue became more clingy, more unrestrained, and sometimes made excessive demands, such as often begging him to f*ck. Sometimes Meng Yunian f*cked her so much that she cried and begged for mercy. She was also always in excitement and always wet, which was very different from the previous Xie Ruyue.

One entry per line
七年之癢

After Sleeping With My Childhood Friend (1)
Do Not Reconcile (1)

These are recommendation lists which contains The Seven Year Itch. You should give them a visit if you're looking for similar novels to read. Alternatively, you can also create your own list.
More Lists >>>