Novel Updates
RegisterLogin
Theme
Search
Your changes has been saved.
Advertisements
The Reason Why Raeliana Ended Up at the Duke’s Mansion 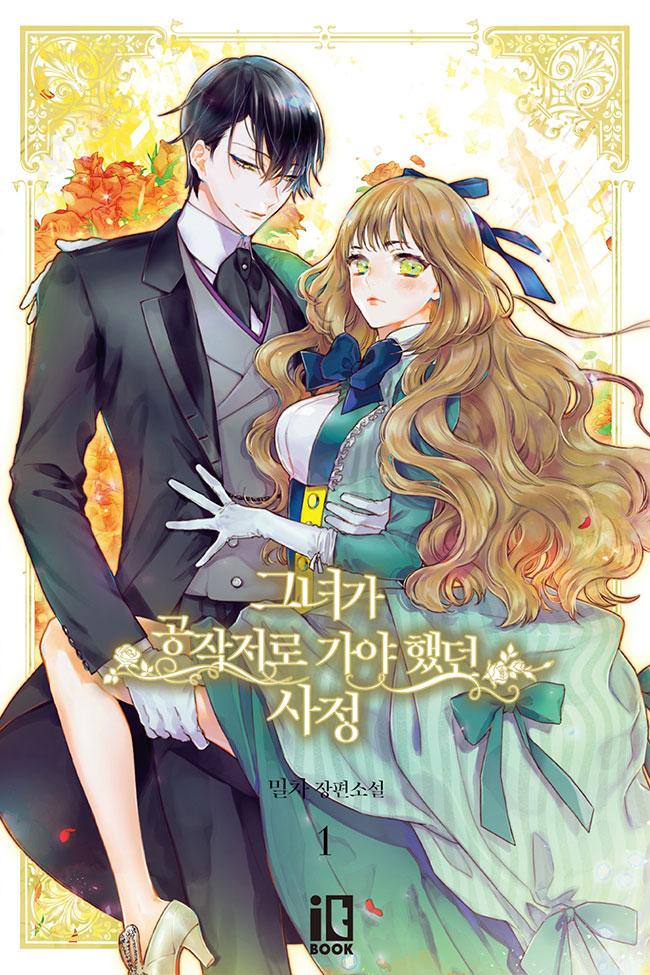 One entry per line
Milcha
밀차

Status in Country of Origin. One entry per line
3 Volumes + 1 Side Story
159 Chapters (Complete)

One entry per line
It Book
Kakaopage

One entry per line
TappyToon

Poisoned to death by her own betrothed?! Eunha didn’t wake up in a novel’s story just to get killed off again as an unfortunate extra! To change her story she needs a cover… 6 months pretending to be the fake fiancée of the novel’s male protagonist, Duke Noah Wynknight. But will this cold-hearted, angel-faced demon of a man really help her avoid another ill-fated ending?!

These are recommendation lists which contains The Reason Why Raeliana Ended Up at the Duke’s Mansion. You should give them a visit if you're looking for similar novels to read. Alternatively, you can also create your own list.
More Lists >>>

I read a manhwa and it was masterpiece. Well it's not like this story is so unique and doesn't have a cliche. But I clearly remember all characters even far side what means that they have a good backstory and unique, interesting personality each of them. I love FL and ML anf their interaction and relationship. They're my favourite couple and their relationship is really good. EVen if they didn't love each other from the beggining they gradually develop felling of love to each other and it was so naturally... more>> and cute and logical and interesting so I love them so much, really. Plot twist is also interesting part, but I glad that even there was some true twists and main problems of story (like who is exactly Beatrice) plot is more stright and I like it. And I want to say that tonight came out last side story (11 side story to be more presice). And I have compicated feelings of happiness and sadness at the same time. But I'm glad that I was in this journey with Rae and Noah and Adam and Heika and others If there would be novel traslation with a lot chapters then I will be glad to read them. <<less
7 Likes · Like Permalink | Report

one of the first things I read when getting into web novels and manhwa and it will forever be one of my favourites. This story holds a special place in my heart no matter if its not something extraordinarily different from isekais and the relationship with rae and noah is something I will eternally be jealous of. ladies and gentlemen, get yourself a man like noah.
1 Likes · Like Permalink | Report

Idk, but I might be one of the few who dislike how the plot turned out.
... more>>
Spoiler

At first I liked the FL, but after reading further about why she ended up there and the world being set up for her. I sort of started hating the "goddess" or the author of this world when I saw the POV's of the side characters who became cannon fodders for the FL. I actually felt sorry for original Rae, as she was a pawn used by the goddess to play around with. She was basically a puppet! Every character became a puppet for this so called "goddess" to be manipulated. The only reason FL was able to change the plot was because she "killed" the soul that the author wanted kill off. Making og Rae a villianess cannon fodder for FL as a stepping stone for her "happily ever after". And I hated that, because it was done at the cost of someones life for that ending. The goddess is corrupted and never got consequences for manipulating souls into a sick game for entertainment. I just couldn't fathom how FL didn't see that and was blaming og Rae for wanting to live, knowing one of them had to die because both souls couldn't exist in the same world. She was a hypocrite. She said og Rae could change her life, but that was a lie. Because the author/goddess already planned to kill her (og rae) off no matter what ending she chose. Also if she (FL) really thought og rae in Beatrice body could change her life, she shouldn't have killed her off like that. It made her a hypocrite! But she did because she knew about the souls and wanted to live as well. In a way, she was also selfish like og Rae who wanted to live as well. But the story was built for Beatrice the transmigator (FL) no matter what, so og Rae would have died anyways. Sad... FL plot armor was really strong, not gonna lie. When the actions she made through out the story may have been a bit different than some isekai plots, I was still getting Mary Sue vibes from her.

3.5/5 for me. I read the manhwa and it was very good until the ending. I felt like the ending is kinda rushed especially with
Spoiler

the confrontation with beatrice (og raeliana) and the motives behind the goddess and how she got away with it. I think beatrice should have appeared earlier in the story and her motive should have been deemed not as evil as raeliana thinks it is especially since raeliana did the same thing

The Hero Became a Mousegirl

Reborn as a Basic Barista
Advertisements