Novel Updates
RegisterLogin
Theme
Search
Your changes has been saved.
Advertisements
The Mightiest Hero of Black 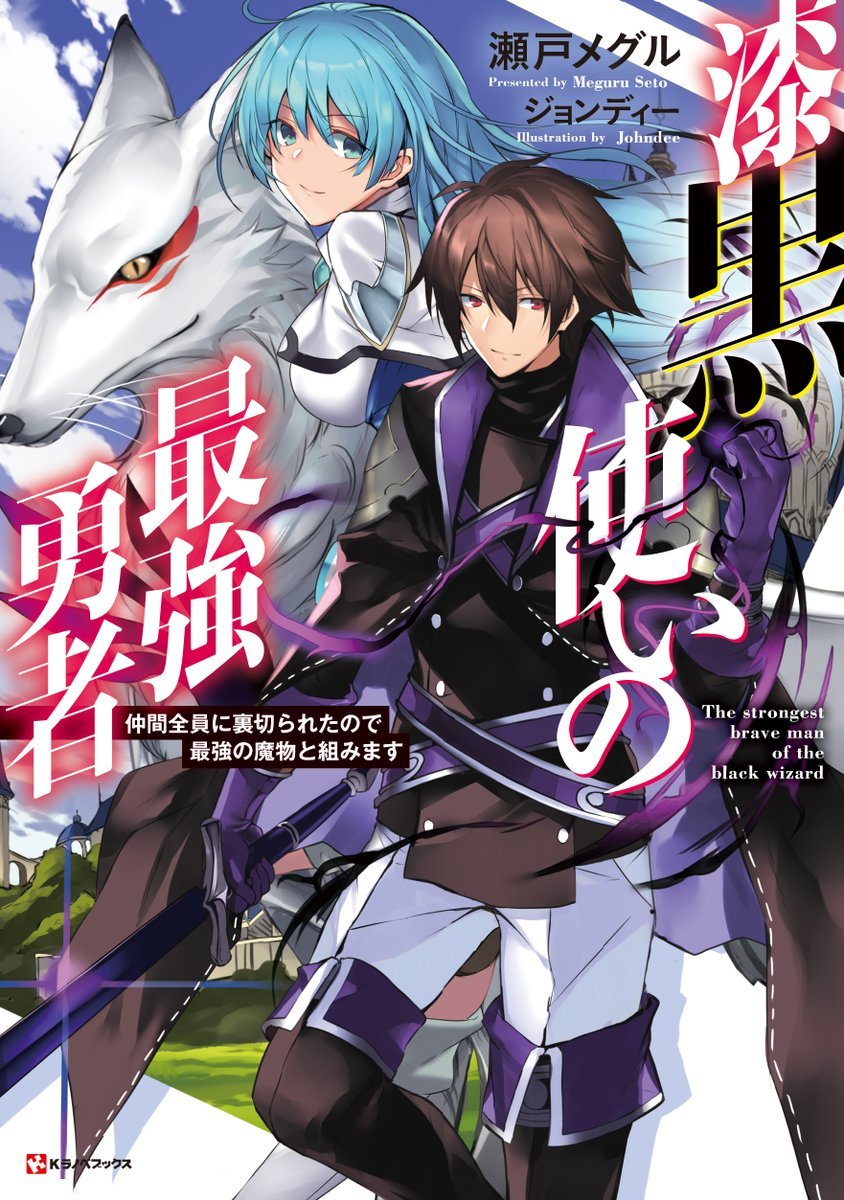 Shion, the ‘Hero of Darkness’. He was said to be the strongest hero ever. He believed one thing, and that was his current party members.

“I’ll defeat the Demon Lord with this party!”

That is what he swore to do, but a tragedy occurs. He was painfully betrayed by the girls that he trusted.

He barely held onto his life, but the incident left a deep scar in his heart.

He gave up on living, and while he was wandering around in a forest, looking for a way to die, a single monster appeared in front of him.

“Will you kill me, please?”

The monster asked Shion, who was still strong, despite losing his powers.

What Shion, who wanted to die as well, did was―

These are recommendation lists which contains The Mightiest Hero of Black. You should give them a visit if you're looking for similar novels to read. Alternatively, you can also create your own list.
More Lists >>>

Hi, i read the wn because after reding the manga I wanted to know how the story prgresses. Up until c62 the story is good... but not great. Some nice slice of life elements but some battle scenes too tht are nicly written... unfortunaly up until c62 there is no informeation why he was betrayed by Emily, Lamia and Luna. In the comment her where some posts that is was because of jealousy.. that would be really s*upid because at least in the first chapter of the manga it looks like... more>> that there was more to it with the reaction of the three to his questions. Is it really only jealousy... because then I will just drop it : (. Can someone answer this <<less
0 Likes · Like Permalink | Report

I've read the manga first and the manga version has better pacing than this. One thing I like is that there is a somewhat proper reason for the party members to betray the MC and MC is not just the righteous one in the party. Also the MC's partner is a male so that's good. So far it's not really based on revenge per se so it's best for time pass.
0 Likes · Like Permalink | Report

An opening so plain it hurts. No attempts at believable motivations, obvious logical holes, and a plot I'm willing to bet I can guess the next 100 chapters of based on the first 2 chapters. His party members betray him because... eh? I mean, they blame jealousy. However, it just doesn't make sense. You join this person's party and pretend to be his friend/family/love interest for THREE YEARS in order to kill him because you're jealous? Not just 1 person, but THREE people who were unrelated prior to joining his party.... more>> I mean come on!!! Then there's the whole point that they're killing off the strongest hero BEFORE killing off the demon lord. Firstly, this makes NO SENSE. Secondly, I can already tell you, a main driving plot of this story later on is going to be "without the strongest hero, the Demon Lord is free to wreak havoc, so please come back and be a hero." Then we'll have some drama about not wanting to come back and BLAH BLAH BLAH. It's too obvious!!! <<less
51 Likes · Like Permalink | Report

Yeah it's pretty bad. Nothing in this review goes past the first chapter but I do spoil it hard. Firstly, the setup is horrendously s*upid. We are talking Doctor Evil levels of s*upid. The plan goes something like this Hero A: Damn that hero Shion is too good... more>> Hero B: Yeah we just can't compare Hero C: I know we will hire people to infiltrate his party after a few years once he trusts them, we let them betray him Hero A, B, C: Yeah it's a plan high fives all around 3 years later: Ha ha ha you're all tied down, time to steal his magic and hide it where he can't find it. Oh noes he's still strong teleport him away Hero C: was that a good idea? Like maybe we should of just killed him rather than creating someone who's life is going to be dedicated to killing us? Hero A: Nahh he's Japanese he's going to live a slow life someplace and if the time comes forgive us <<less
9 Likes · Like Permalink | Report

This the type of Light Novel which "the manga" version (if it has manga) is better than the light novel itself. The story is simple yet interesting, but the writing isn't really good because it's too simple. The interaction between characters is simple, the plot is simple, the story progress is simple. It feels like someone tried to tell us a story about the good manga that they've read. Btw, if you expect this to be a sad revenge story, you'll be disappointed because it's not that kind of light novel. It's... more>> more like gintama, many comedy by just simple exchange between main character and that's why if it has manga version, it would be a lot better! <<less
8 Likes · Like Permalink | Report

Kudos to this series for doing what almost no other betrayal series has done - giving the betrayers a tangible motivation for betraying the hero without making them pieces of sh*t. Sure, it doesn't glorify the betrayer, but it also doesn't try to overly glorify the MC as the only righteousness in a world filled with terrible people. The MC's first partner is also a male - yay for not immediately running into a female and getting intimate with them! It's real plot, not plot. That said, the story is simple,... more>> Japanese updates are slow, and the English translation isn't anywhere near catching up. It's decently easy to read on Syosetu with Google Translate, but if you're not up for that this'll be a quick but light read. <<less
1 Likes · Like Permalink | Report

Nice, a different spin on the Betrayal Troupe. Grammar: 4/5 Writing: 3/5 Story: 3.9/5 The grammar is really nice in this novel. Thank you, Translator! The writing style of the author is a tad bland, but it fits with the MC who has pretty much lost his will to live. The story is a different take on betrayal genre, instead of revenge, the MC just loses all hope in life. I'm interested to see where this story goes. Hoping that the story "Gits good".
1 Likes · Like Permalink | Report

Seems interesting, I can somewhat tell how the plot will go. But it's too early to decide currently. I suggest you wait for more chapters to pileup before reading. The first two chapters we have seem kind of generic, though I hope it gets better over time. I'll give it a 4, for now. The translation quality is pretty good, you won't have big errors currently. I hope it doesn't get worse later on.
0 Likes · Like Permalink | Report

So far this series tickling my interest. Like something new but not in the same time. The fact the one meet him after broken is not a women, which is the normal cliche. Make it fresh and new for japanese series. There is no yaoi or shounen ai tag (i hope it was not a mistake from publisher), make it more epic than any new age adventure japanese. My review so far is really looking forward for this novel development of characther. Especially, the fox guy.
0 Likes · Like Permalink | Report
Advertisements
Leave a Review (Guidelines)
You must be logged in to rate and post a review. Register an account to get started.

The Dragon Mage Saga: A fantasy...