Novel Updates
RegisterLogin
Theme
Search
Your changes has been saved.
Advertisements
The Greatest Extra in history 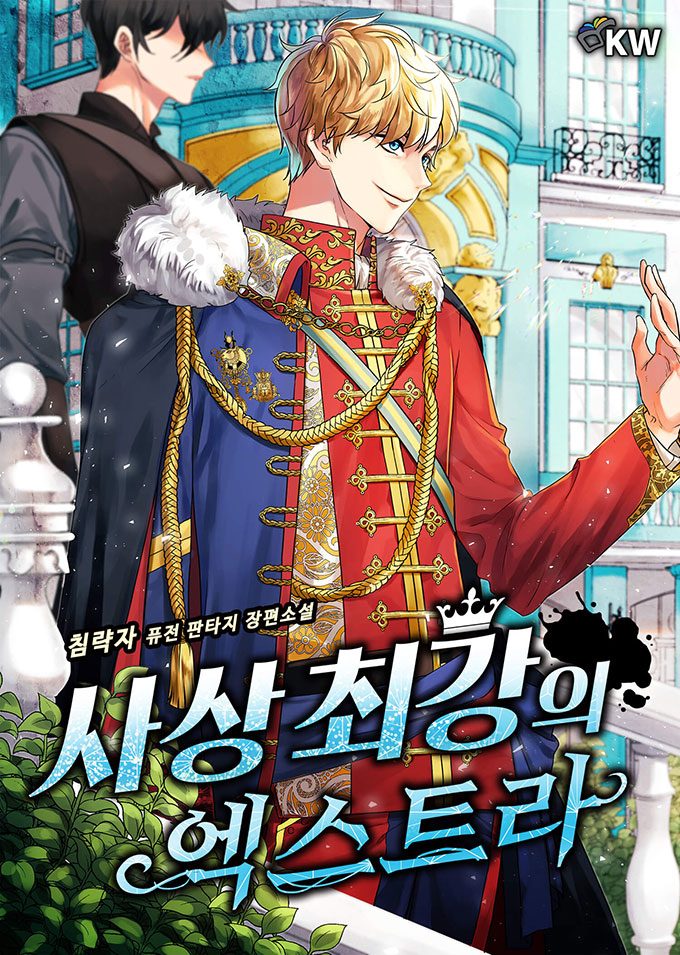 One entry per line
침략자

Status in Country of Origin. One entry per line
200 chapters (Completed)

One entry per line
KW Books

One day, when I opened my eyes, I became the 5th prince of the empire that appeared in the novel.

I was supposed to be happy.

But the empire fell and the 5th Prince was horribly killed.

These are recommendation lists which contains The Greatest Extra in history. You should give them a visit if you're looking for similar novels to read. Alternatively, you can also create your own list.
More Lists >>>

This novel definitely deserves more love than it's currently getting. I feel like the low reviews might be actually being pretty harsh. Characters definitely could use more personality, but I wouldn't agree to them being "one-dimensional". It's pretty early into the novel so it's hard to judge. MC is not straight-up OP, he builds strength and following as the story progresses. There is no harem.... more>> I am looking forward to more chapters to give a better, more-detailed review but it seems like the story was dropped? Eitherway, this is a novel I didn't regret spending my time reading. <<less
14 Likes · Like Permalink | Report

The story feels rushed with no descriptions and no character development. MC rambles in his mind for half a chapter and then something disconnected suddenly happens in one line. It might get better with future chapters but I can't read this because of the translators. They've butchered it with bad MTL, bad release schedule and cutting up a small chapters in several parts. There's already so little explanations and the one's you got will often lack meaning because the MTL messed it up. There are lots of MC ramblings, though. Boring, tell... more>> don't show monologues for exposition's sake. This is a pass. If a decent group picks it up maybe give it another chance. <<less
8 Likes · Like Permalink | Report

I feel like I am loading someone else's save game. We just jump straight into a reincarnation, no setup, no panic, no previous life, no plot explanations. We're rushing into a standard politics novel with 1-dimensional characters. I don't think it's very well written and seems to just exist to take advantage of the popularity of the genre. In one of the earliest chapters they say something like 30 assassins get sent every breakfast or something. That isn't a weakening kingdom it's fully decayed, not sure how you salvage an empire that can't even keep it's palace under control.
7 Likes · Like Permalink | Report

I love this type of novel. Similar to tr*sh of the Count's family, no romance, no harem, just adventure.
4 Likes · Like Permalink | Report

I'm stopping, I should give it a chance but... eh Most likely it's because he seems like me lol, he decides 'ok I'll try to be Emperor' just because the 3rd prince messed with him a little, could have other reasons but this is how it looked to me. Which is a "me" thing to do ie if someone says not to do something I end up wanting to do it, not sure if that's my Aries or Adhd impulses.
2 Likes · Like Permalink | Report

Honestly I was genuinely interested in the story. I love clichés and I don't expect master pieces from webnovels but this story is dry and flavourless. I feel like I would have given it more of a chance if the translation was good but even that is mediocre so yeah. Blah over all
1 Likes · Like Permalink | Report

I have been itching for novel like transmigrate as a scum prince but the empire is going to fall, so I'm just gonna ignore the absurb plothole that other people mention and just enjoy the smooth sailing MC gains more power and more powerful subordinate IAM curious about the other princes though, so far only 3rd pathetically jealous prince show up right now I'm curious how MC fight with the other more powerful princes. I guess this could count as one of the other reason why I continue reading this
1 Likes · Like Permalink | Report

the story is kinda dissapointing, especially when the MC try to act "mysterious"

i mean te author want to make a mysterious atmosphere but, not even the next chapter the answer is there. bruh wats dat? and the MC love to rumblle his mind that I can already predict whats going to happen in the next chapter.

or maybe the author is just a narcisssist bubt didnt know that he was,

like " the MC practise so hard that he almost never went to sleep in 2 weeks he shed sweat and determination and then huala! he became a junior sh*t"

while the other took years to practice diligently to reach that stage...

it's A SECRET TECHNIQUE!!

there was not even a side effects or something

whats the point of hiding it? that the greatest genius of their tower is not allowed?

it's clearly a leeway to make the MC op

and another thing is MC is self centered brat... dunno if it was part of his character trait but it's like a child trying to be maature which is funny

and also every character MC interacts hail him as a god or best genius soomething like that.

which make the character bland.

i literally thought the character is there just to make MC cooler.... haha

more like chinese novel I read in the past

Overall good story. Still waiting for the MC to show. Details is not much. But fun to read.
0 Likes · Like Permalink | Report
Advertisements
Leave a Review (Guidelines)
You must be logged in to rate and post a review. Register an account to get started.

I got reincarnated as my Vtuber...
Advertisements