Novel Updates
RegisterLogin
Theme
Search
Your changes has been saved.
Advertisements
This Bastard is Too Competent

Home >
Novel >
This Bastard is Too Competent 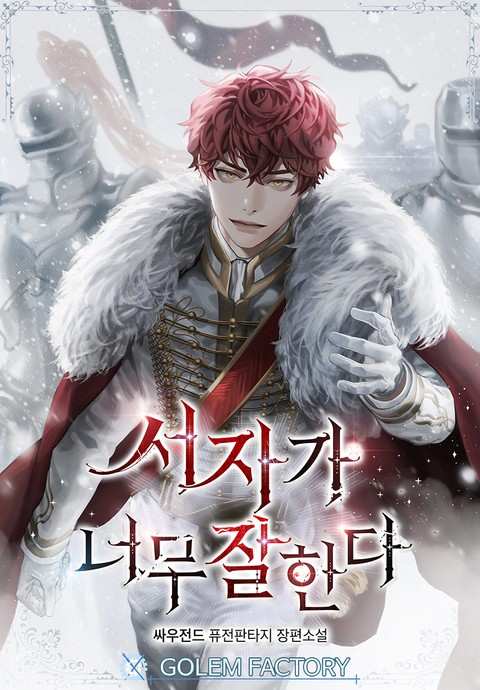 One entry per line
싸우전드

Status in Country of Origin. One entry per line
251 chapters (completed)

One entry per line
Golem Factory

He was the one who would become the greatest monarch in history.

“The spot you had climbed once, there’s nothing you can’t climb again.”

These are recommendation lists which contains This Bastard is Too Competent. You should give them a visit if you're looking for similar novels to read. Alternatively, you can also create your own list.
More Lists >>>

If you are looking for a story to mindlessly read with all the face slapping, convenient encounters, the MC dazzling everyone with his awesomeness, and for all his recklessness to be excused by everyone and instead come to his side, then you found it. Expect everything that moves to have some kind of hidden power or lineage, and for them to be somehow a part of the grand plans made by the big bad enemy, only for the MC to waddle in and yoink them with his future knowledge. Beyond that this... more>> story is quite shallow and short for the premise it had, and while the first few chapters made for a good toilet read, I don't see myself reading it beyond that. <<less
10 Likes · Like Permalink | Report

To all my fellow comrades that get excited at the scene of multiple dumbfounded OP characters, you have come to the right place!!!! At first, it didn't feel realistic, like ... more>>
Spoiler

How can a child intimidate or fight multiple opponents with a malnourished body.

[collapse]
What was that even?? <excited> But when the knights from the Duke come to pick him up, wow wow wow, so exxxccciting, I was feeling it too. And Yes!!! Of course the most important part is their dumbfounded faces and chills up their spine. Made my day. ^V^ So yes, worth reading. Definitely! Come join me with popcorns, fellow comrades!!! <<less
8 Likes · Like Permalink | Report

It's fun but it's disappointing towards the second half especially the ending. It seems the author quickly ended the story. There's no romance but the author did a great job in the immersion.
6 Likes · Like Permalink | Report

When the MC (Ian) was about to become the emperor, he was betrayed by the Duke who he trusted the most, and reborn from his past. As far as I've read the story focus on his revenge and I don't see romance for now Ian likes to gather strong people to his side to fulfill his goal. Thank to being reborn the MC is no longer a naive weak boy so ppl see potential in him and are willing to follow him.

And the side characters are cute and funny.

I can taste the delicious sweet vengence of how Ian messed with the Duke & his older brother. I barely see the flaw in the plot so for those who prefer power struggle between siblings with politics (no romance??) op MC, knights, ancient powers---this is your cup of tea!!!

The number of chapters is 30 out of 251, so gonna be fair - it will be difficult to give this an overall review because it is still way too early. Instead, I will let you know what I think on the current chapters. First, ... more>>
Spoiler

the MC of this is an illegitimate prince but managed to succeed in his previous life but then died after being betrayed by the Duke whom he trust. In short, this involved regression and time travel (read if you want to know more details)

[collapse]
Second, this is an OP character.
Spoiler

From people or knights to power to items - this is your type of novel wherein luck is on the side of MC. Known by many as the plot armor

[collapse]
Third, for the world building and other character - there are not many characters yet that were introduced. Same with the powers of MC - nothing is clear yet (lacks information). Lastly, the plot is good. It's my personal preference. I have no idea if romance will be involved in the future but for now, I like how the story was focused on achieving MC's goal for revenge and throne. Give it a try, it might suits your preference as well. PS: The translator is consistent on the updates every Thursday. But pls do advised that this is slow paced - 1x chapter per week. Enjoy reading! Ciao. <<less
1 Likes · Like Permalink | Report

I would to change my rating but dunno how 4/5 For now The story is promising although it had flaws but it's still good to read on your time off. It's a novel with no romance and I appreciate it ... more>>
Spoiler

reasons why it's good: in my opinion is probably the ML and his 2 knights. It's goes in to the usual cliché ML is the chosen prince when he's little he was abused and was being use by a duke he trusted but it's still savory and delicious. I like MC character although there's time where I wanna slap him and ask why did he let go of those bastards who insult him but I'll let it slide. His knights is very funny and I like that good job author.

I seriously thought he would make alliance with the second prince