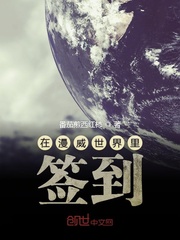 Status in Country of Origin. One entry per line
240 Chapters (Completed)

This was a story of a Hao Yun who use the sign-in system to sign-in, step by step from ordinary people to superheroes!

“Thanos get ready I’ll sign-in to defeat you!!”

One entry per line
在漫威世界里签到

These are recommendation lists which contains Sign-in Marvel. You should give them a visit if you're looking for similar novels to read. Alternatively, you can also create your own list.
More Lists >>>

First take after 10 chapters: It's badly written. None of the characters in the story react like real people would. ----- Full Review (thus far) To explain what I mean with an example: ... more>>
Spoiler

The MC's adopted mother learns from her son about the dangerous future, and also discovers that he had some level of powers. So what does she do?

Encourages him to fight by himself against a terrorist group. "You're strong enough now you can probably protect Mr Stark" basically.

This from the adopted mother that raised him for 16+ years.

Our MC has some basic electricity powers and peak human fitness. A bullet can easily kill him.

Yeah... no. I can't suspend my disbelief for such egregious writing. That's not how a real mother would react to the things he's said and done, period.

[collapse]
There are many other examples, in-story, that I'm not going to bother to list. . 2/5 . Note: 2/5 instead of a 1/5 because the plot seems like it could've been a fun and interesting Marvel fanfic... if only it was written better. <<less
8 Likes · Like Permalink | Report

Bad part: Hard to read in parts, mostly due to the author's use of Chinese idioms. MC is the typical loser gains cheat but still acts like a Dick. Good part: I like the genre and the author seems to be weaving the story into the existing world well.
4 Likes · Like Permalink | Report
Advertisements
Leave a Review (Guidelines)
You must be logged in to rate and post a review. Register an account to get started.

Whispers of a Dead Empire
Advertisements