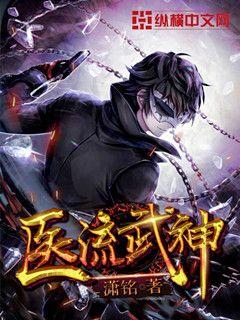 Status in Country of Origin. One entry per line
1276 Chapters (Ongoing)

The unparalleled Demon King Ye Xuan, who was able to heal the dead or the living alike and holder of the medicine Holy Scripture, was betrayed and killed by his fellow Demon Kings. But he reincarnated into the body of Ye Xuan, the prodigal son of the Ye family and vowed to himself that he would return to his peak and take back everything that belonged to him!

One entry per line
医流武神

Returning from the Immortal World (1)

These are recommendation lists which contains Medical Martial God. You should give them a visit if you're looking for similar novels to read. Alternatively, you can also create your own list.
More Lists >>>

its actually sooo boring, . Tried waiting for the MC to stop being sooo forgiving because of multiple offenses his enemies did but nope, . Every single bullsht happening is always happening, offending some young masters here and there and not killing them even after multiple murder attempts on his life, . He even has a "Motto" which is also bullsht " He was a Demon King. He will repay goodness or harm in kind!... more>> If nobody offended him, he wouldn’t offend anybody! But if somebody offended him, he would kill him! Even if a god offended him, he would still kill him! This was Ye Xuan’s motto. " what a demon king, . Offends someone, . Beat him up, . Makes them apologize, . And just forgives them multiple times, . What a boring ass sht, . Even after his motto pops up he still does the same sht, . I don`t really mind MC's not killing enemies but after multiple attempts? Nah, . This sht boring AF, . <<less
7 Likes · Like Permalink | Report

its fast pace, started off nice but ... more>>
Spoiler

he woke up from his coma at the start of the story, he was proving how powerful he was and obviously way different from the tr*sh type person he was before. Then its started getting annoying because everyone ignored everything and still looked at him as tr*sh anyways. His girl/wife is just freaking naive af, she acts like an ungrateful c*nt towards him. Its unfortunate because shes truly a good honest women. Down side to her is she believes everyone but him her cute female cousin/roomate is ungrateful as well. This all changes later of course but reading it had me frustrated. I like the book I just wish all the people weren't so over the top arrogant and the fact that everyone that attempts to murder/cripple him gets beat up not killed/crippled in return to continue the cycle of revenge. Its pretty decent at its core if u can get over the annoying things I stated above. I give it 3.1 stars so far, 50ish chapters in it still holds my interest and I look forward to more chapters. I really hope it gets better as it continues. Give it a shot

The Legend of The Tamer
Advertisements