Novel Updates
RegisterLogin
Theme
Search
Your changes has been saved.
Lantern Against the Wind

Home >
Novel >
Lantern Against the Wind 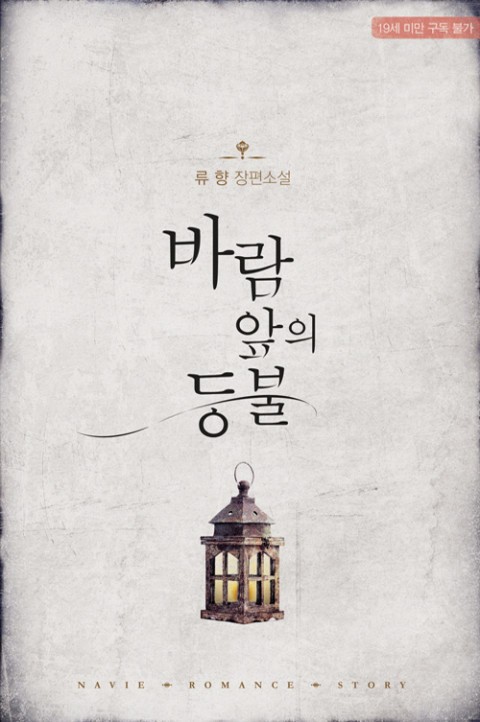 Gareth is a mercenary who carries the scent of blood wherever he goes. There was no need for family; he lived a life where death awaits him at any moment, but yet he took Elena to his estate.

Elena is the eldest daughter of the Townsend family. Nevermind her desolate estate, her family was on the brink of poverty, so she decides to be Gareth’s wife.

To Gareth, Elena was like a lantern that shone silently in the dark, and he was the turbulent wind trying to light out her lantern.

These are recommendation lists which contains Lantern Against the Wind. You should give them a visit if you're looking for similar novels to read. Alternatively, you can also create your own list.
More Lists >>>

Wow, the story line is great and the FL, I liked her character, she's understanding and she knows how to use her kindness to control the Domineering ML. Such an amazing Plot, I missed great plots.
0 Likes · Like Permalink | Report

I like darker romance, but this is too much for me. The logic of the characters and how everything unfolds just doesn't feel cohesive. Like why they do the things they do just doesn't make sense. Gareth comes off as just ridiculously s*upid, and we constantly hear how the FL is so strong and not like other girls but she's turning into a doormat pretty fast. This reminds me of light and shadow, another novel that seems to romanticize r*pe and abusive relationships without really exploring the true effects of... more>> it on the FL. The writing is ok though I guess. <<less
0 Likes · Like Permalink | Report

Beautifully written/translated, and love the storytelling. The FL's a bad b*tch. Would recommend for people to read if they're really into historical, tragic, medieval novels. Hard for me to call it smut bc there's no such thing as consent (as of yet)... smh.... Honestly, I had no idea what I was getting into - I didn't look it up before reading and once I started I couldn't stop! ... more>>
Spoiler

I'm just really really really really hoping for some bomb character development because the guy's an ass. like really - he gets so emotional that he can't help but be an abusive dick. or idk he has some kind of f*cked up trauma but its honestly not an excuse. he r*pes the poor girl and thinks nothing of it. he can be so f*cking hypocritical sometimes and it's so dang f*cked up. I feel so sorry for the girl and the fact that she has to live with that. I really hope this doesnt turn into some novel where the FL has to "fix" while being treated like tr*sh. the ML bc he doesnt deserve it from her (imo) - he doesnt even respect her. my blood pressure tho.......

Nice story! The characters are really well done, the FL is strong and smart and you look foward to the character development of the ml.
it doesn't start with love and roses which makes it even more interesting! can't wait for more updates 😊
4 Likes · Like Permalink | Report

This novel is very interesting. The ML is a c*nt and the FL is very strong spirited. The characters are both very well written and do feel real. The plot is stirring, but I can't imagine that it gets any thicker. Nevertheless, it is a romance so that's to be expected. I am really excited for the development of the relationship. Story has a lot of potential.... more>> Edit: ok ML is just some mental man. This story is suited for people who LIKE DERANGED, MORALLY BANKRUPT MLs. It's suited for me so my rating is still 4 stars but proceed with caution! <<less
4 Likes · Like Permalink | Report

I came for the smut but stayed for the story. If physical, verbal and emotional abuse are triggers for you then I wouldn't recommend this novel. The FL, while she has flaws, strives to be strong and independent at a time when women were regarded as inferior to men. ML has been through traumatic experiences and has his own demons. He's borderline narcissistic IMO but I'm excited for his character development. Echoing the others in saying this story is realistic. I love fluffy stories and loveable MLs but I also love stories where... more>> the characters learn through the hardships and lessons life throws at them and come out stronger than ever. <<less
3 Likes · Like Permalink | Report

A story that has so much potential. It's too realistic and as expected from the characters. They all felt alive and has real personality as if it is really happening and not because of the author's plot. But anyways, the romance is really subtle right now. The ML is currently confused and is numb to emotions. FL is really pitiful tho. I would like for their love to bloom soon, I hate seeing her always crying and ML being cruel to her.
3 Likes · Like Permalink | Report

The emotions this novel evokes in me makes me can't help but be immersed in the story thus increasing my curiosity as to what will happen next! I like angst and not at the same time. But in this novel, it provides just the right amount of angst and compensates those with sweetness, right after! I feel satisfied reading this novel...
0 Likes · Like Permalink | Report
Leave a Review (Guidelines)
You must be logged in to rate and post a review. Register an account to get started.