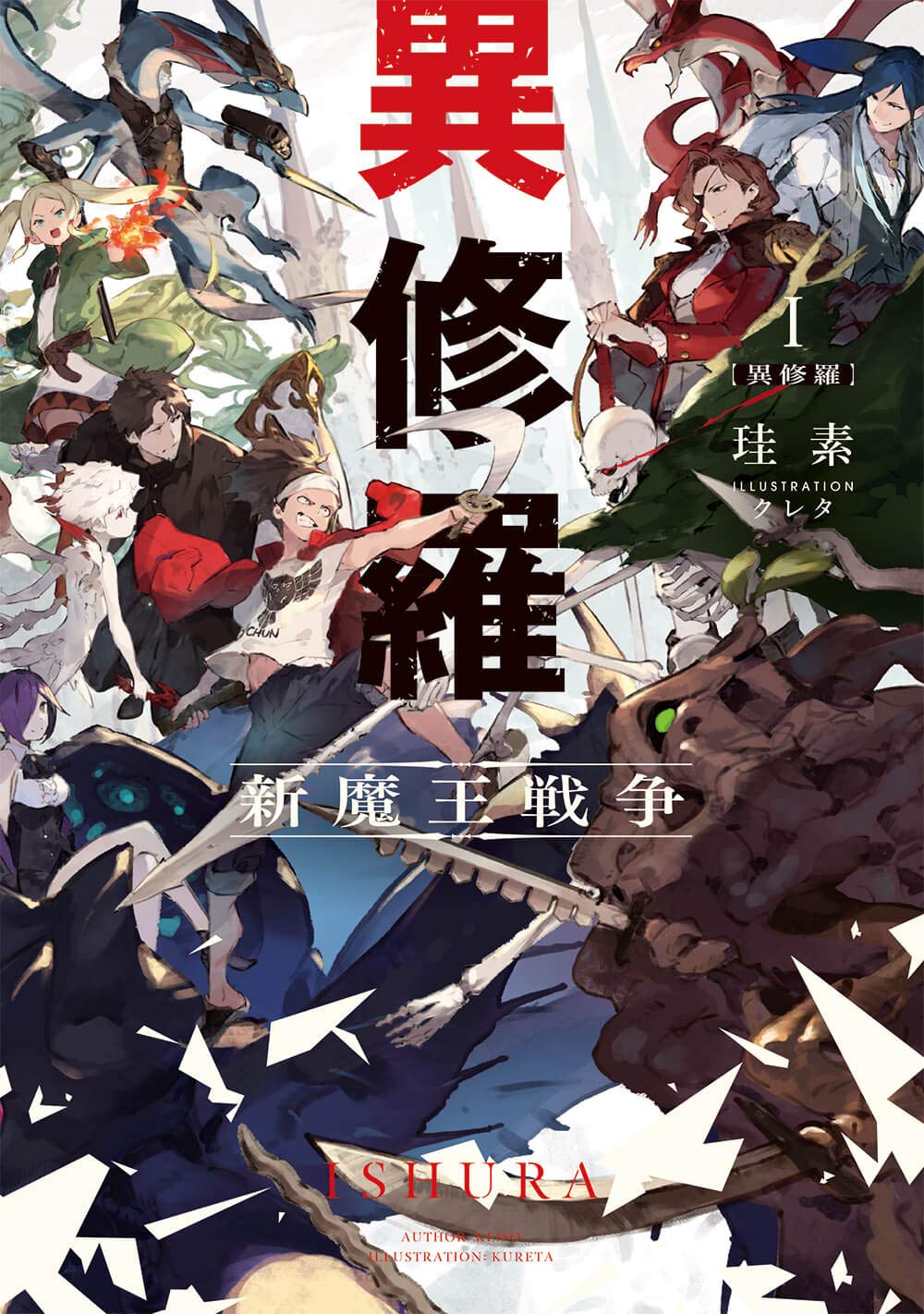 One entry per line
Keiso
珪素

The worlds enemy that spread terror to everything in the horizon, the “real demon king” was defeated by someone.
The name and existence of that one hero is still unknown.
Now that the age of terror was over, it was necessary to determine who that person was.

At the worlds largest city――the Yellow Capital, the strongest were gathering.
The one that gained victory there would be determined to be the hero.
A new era was about to begin, an important game to create idols of heroes.

For twenty five years, being subject to torment by the demon king, a reality that was far away to the extremes.
An era where all races sought strength in the face of one threat, perhaps it produced a threat not less than the Demon King.

At the time the tale they sought came to a sudden end, only the Shura that desired a place to battle remained.

――At present, the names of the Shura were fifteen.

One entry per line
Ishura - The New Demon King
異修羅

These are recommendation lists which contains Ishura. You should give them a visit if you're looking for similar novels to read. Alternatively, you can also create your own list.
More Lists >>>