Novel Updates
RegisterLogin
Theme
Search
Your changes has been saved.
Advertisements
In the After School Library, A Refined Lady’s Romantic Comedy Can’t Be Compromised

Home >
Novel >
In the After School Library, A Refined Lady’s Romantic Comedy Can’t Be Compromised 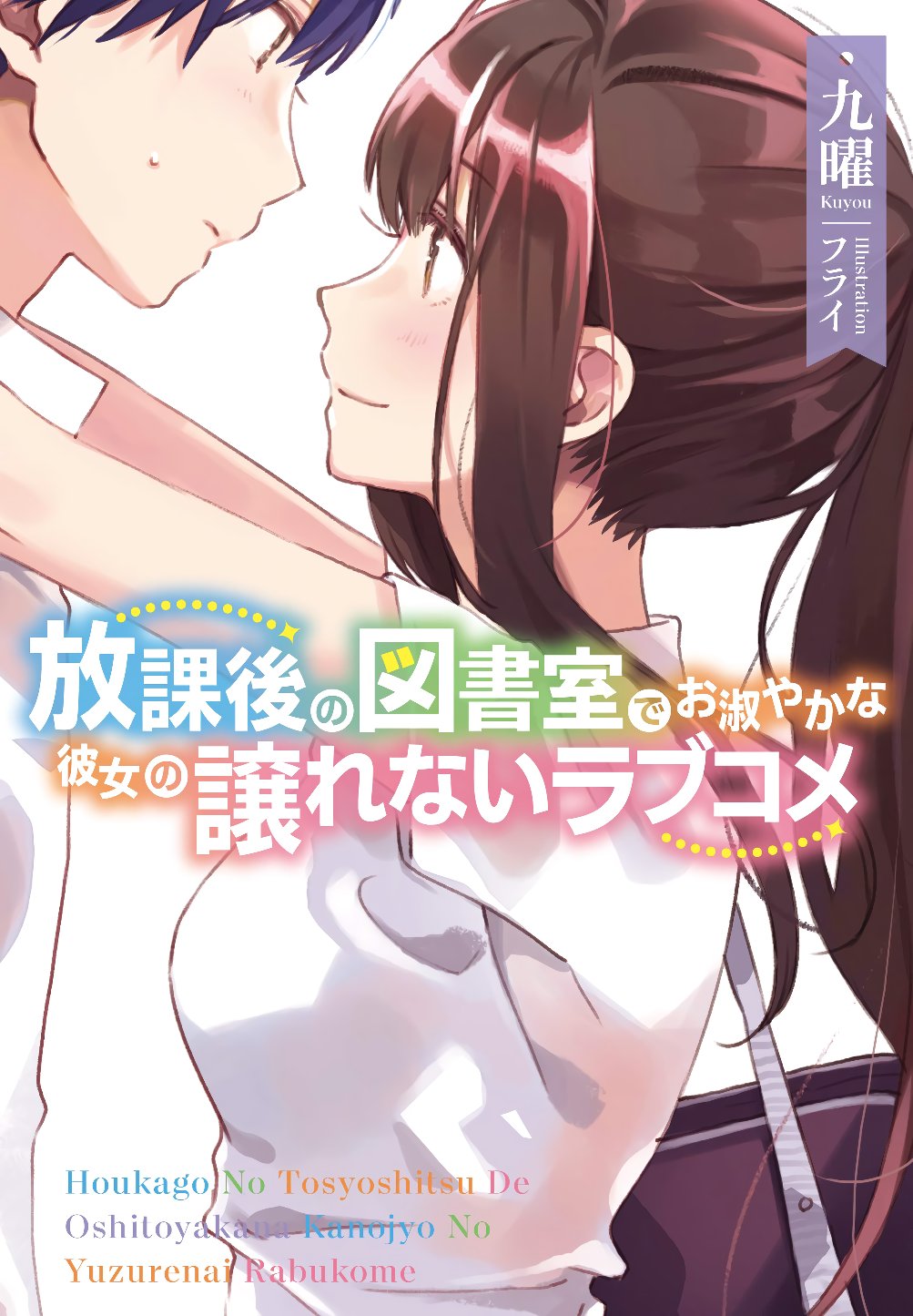 One entry per line
Kuyou
九曜

One entry per line
Fly
フライ

Makabe Shizuru grew up in a single-parent household, and was left alone after his mother was killed in a traffic accident.

However, on the night after the funeral, a man claiming to be his father appeared and offered to take Shizuru in.

And so, when he visited the man’s house, he found Hasumi Shion, a popular female student at the same high school, waiting for him there with a cold gaze.

‘Well, I’m proof of her father’s betrayal. That reaction is expected…’

Nevertheless, they were still siblings and were going to live together under one roof.

On the other hand, Shizuru has long been pursued by a beautiful, refined lady, Takinami Ruika, a senior student at his school.

A cold half-sibling and a refined lady(?)

Shizuru, who was supposed to lead a quiet school life as the only member of the library committee, but one day, his surroundings became rowdy and colorful.

One entry per line
放課後の図書室でお淑やかな彼女の譲れないラブコメ

Saeki-san to, Hitotsu Yane no Shita: I’ll have Sherbet! (Spin-Off)

These are recommendation lists which contains In the After School Library, A Refined Lady’s Romantic Comedy Can’t Be Compromised. You should give them a visit if you're looking for similar novels to read. Alternatively, you can also create your own list.
More Lists >>>

If I have to summarize my impression of this novel in 2 words, then it would be - Above average. But considering the fact that more than 90% of RomComs are mass produced tr*sh filled with overused tropes who all follow a pre-defined pattern, getting an above average in this genre is actually a compliment in my books. The MC is straight out of Red Data Book of RomComs Protagonists which means he is not an underconfident, ugly, wimpy, loner, unpopular, suffering from social anxiety, inability to hold conversation with... more>> girls, self-depreciating or socially awkward piece of shit. He is calm (actually too calm), coolheaded, have friends, social and can easily talk to opposite gender without any problem. He is neither an alpha male nor a beta loser, just an ordinary normal person which is a breath of fresh air. What I liked the most is the problem between him and his half sister. With how his sister treats him, you would expect it to follow the general trope of her misunderstanding about him and eventually warming up to him when he shows his kindness, but the novel approaches this from different angle indicating that the actual cause of problem laid somewhere else, a cause which is so common place and is often ignored most of the time when two people become siblings.
Spoiler

She wasn't angry at MC; she was actually angry at her father for cheating on her mother and having a child with another woman. She tried to accept him as her brother but he was showing the same womanizing traits as her father which put her off. MC had gone ahead and convinced himself that he was cause of her hatred and she is the one who cleared his (and readers) misunderstanding. Logically, it makes sense that she would hate her father than her brother but this viewpoint is ignored in RomComs. Sold.

[collapse]
I would repeat again, this novel is above average and is nothing special; it is nowhere to be included in good novels but it's definitely above most of the RomComs simply because it avoids most of the overused conventional tropes and sticks to normalcy and not overblown, exaggerated forced, wish fulfillment plots. Read this when you've run out of good novels and would appreciate an average storyline to pass time; at least you won't regret reading it. Edit: Never mind what I wrote earlier, it was based on Volume 1. Halfway through Volume 2, things start going downhill fast and ultimately crashes hard in last volume. To be brief, the MC keeps on repeating 'Makabe Shizuru isn't cut out for love' like some sutra and keeps on dragging it until the end (This is the last line of last volume). Takinami reminded me of some background character whose only job is to fawn over MC for no reason. As a character she was never developed. The only interesting character was Hasumi but
Spoiler

well since author wanted his bland ship to sail,

[collapse]
she got the shorter end of the stick. And worse, it employed all conventional cliched tropes in Volume 3, removing the sole strength of this novel not to use mundane tropes. This smells of axed but it doesn't change the fact that story derailed after Volume 1. Knocking off 2 stars as a thanks for wasting my time for going out of my way to read the raws. <<less
13 Likes · Like Permalink | Report
Advertisements
Leave a Review (Guidelines)
You must be logged in to rate and post a review. Register an account to get started.