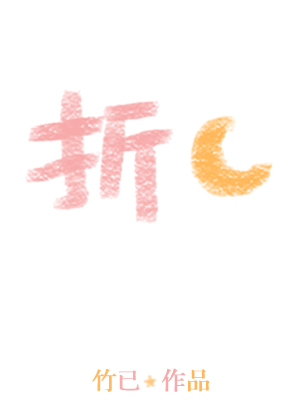 Status in Country of Origin. One entry per line
94 Chapters (Completed)

The day Yun Li decided to stop chasing Fu Shizhe, she deleted all his contact with tears in her eyes.

Then later, one day when the two were together.

Yun Li wasn’t a very social person. She hesitated for a long time, thinking whether she should delete the contact of a man, who has recently started to show her affection.

On the side, Fu Shizhe leaned on the sofa and gave her a lazy look. Then he chuckled, and said without much warmth, “Sure.”

One entry per line
折月亮

These are recommendation lists which contains Folding Moon. You should give them a visit if you're looking for similar novels to read. Alternatively, you can also create your own list.
More Lists >>>

Personally I thought the beginning was enjoyable to read! It was a bit stagnant around ch40, but overall I enjoyed the book. It's very slice of life and slightly (?) slow burn which is why the beginning might be a bit boring to you. However, it's in line with the MC/ML's personalities so it's acceptable. Hidden Love is still my favorite from this author/universe, but I think I liked Folding Moon more than First Frost. Do note that Folding Moon has a lot less cross-interaction in the universe than the other... more>> 2 books, which makes sense since the other 2 novels focus on the Sang siblings. If you are wondering how this is connected, Fu Zhengchu used to chase Sang Zhi from Hidden Love. Sang Yan's bar is also featured in this novel, but that's about it. For those who are curious about Fu Shizhe's past/reason his personality changed (big spoiler) :
Spoiler

Fu Shizhe's best/childhood friend, Jiang Yun, committed su*cide while they were both studying for their doctorates. Jiang Yun was like a brother to Fu Shizhe, so his death impacted him hard, especially since there were signs of Jiang Yun's unstable mental state. At the time Fu Shizhe could sense something wrong, but did not understand the extent of Jiang Yun's inner turmoil as he had kept it from Fu Shizhe. Therefore when Jiang Yun dies, Fu Shizhe reflects on things he overlooked. The MC and ML met 2 years after his best friend's death, so understandably ML is still very affected by what had happened.

I think the worst part is that Jiang Yun's death occurred right after his talk with Fu Shizhe. Not only that, but the same building as well (Jiang Yun had jumped). The Jiang family had asked Fu Shizhe to make sure Jiang Yun takes his medication (he was diagnosed with depression and anxiety) after Jiang Yun had c*t his wr*sts. Fu Shizhe did so, also out of his own concern, but Jiang Yun was spitting out the medicine secretly (Jiang family blamed Fu Shizhe when news broke out, which left ML feeling as if he is the one to cause Jiang Yun's death). Fu Shizhe had found out about Jiang Yun's diary entries before his death, where Jiang writes about his feeling of incompetence, stress of school, being taking advantage of/blackmail, wanting to drop out but parents disapproving, envy towards Fu Shizhe's intelligence etc. Overall a lot of bottled up emotions on Fu Shizhe's side with him feeling heavy guilt/remorse.

For the most part, Jiang Yun considered Fu Shizhe as his younger brother. It is only when Jiang Yun's mental health took a dip for the worst that he starts to become jealous of Fu Shizhe and compare to him. Jiang Yun thought that gradually getting off the medicine would make him normal again, but we know that is not the case.

I loved it! Both MC and ML are cold and more antosicial at the start, but as they open up to each other about themselves and their past, they gradually change to be better versions of themselves! It has some heartbreaking moments especially in the latter half (99 chapters altogether), but also a lot of very cute and sweet moments! Easily mtl-able, and definitely recommend!
4 Likes · Like Permalink | Report

It was boring at first and didn't actually progressed chapater 27. The ML was fine. The problem was the MC. She had the, " I though you felt like this, I thought you don't like me enough " the " I thought" syndrome. She didn't get a text for 2 day, she had to fly back home to visit a sick brother and asked him to accompany her, he told her, he can't (since his grandma just died and he is scheduled for operation), just after he said, he can't, she... more>> asked for break up, there are things that happened before she came, that she kept on dawdling about, it hurts the ML to recall the past. But she always felt like she has to know everything or being left out or so Theh broke up, reunited because ML was chasing her back. It would have been a 5 but nah! <<less
1 Likes · Like Permalink | Report

reading this because I absolutely loved Sang Yan from First Frost and I thought Fu Shizhe is the same playful and chatty type as him. i was really, REALLY wrong. ... more>>
Spoiler

he's so asocial and withdrawn and I think it's related to his past?

[collapse]
I only managed to survive through chapter 38 with MTL. and no, the reason I dropped this is not because of the ML. the FL is my main problem here. FL was described as introverted and shy especially to strangers (which I can heavily relate to), but she's quite clear in the head at times. emphasis on at times. sadly, her IQ and EQ seem to fall lower when it comes to ML whose EQ is also low considering his mysterious past. FL sometimes behaves like such a naive maiden I forgot she's already a postgraduate student and not a high school girl in love.
Spoiler

one example is how she figured the ML refused her advances because of his words "I don't want to fall in love (for now), " and she was, understandably, very sad. but her sadness lasts for such a long time it will make you think that she has a hidden illness and will d!e soon if her confession is not accepted instead. at least that's what I feel from her emotion and thinking process. she's also kind of wishy washy and really like making herself feels pitiful with the "he doesn't like me, but I love him so much, he's the light of my teenage life..." mindset.

[collapse]
normally, I wouldn't mind reading this kind of angst plot since it makes my heart clenches painfully the way I like (this sounds masochistic LOL), but that is if the one who thinks about it is a teenager and not a freaking adult/young adult who already got her bachelor's degree. I mean, for a woman who survived at least four years of stress-inducing study in a university, FL sure thinks and behaves childishly. maybe this is because I subconsciously compared the FL to Wen Yifan from First Frost (since both have the same author), or maybe it's thanks to the MTL that burned my brain. I'm unable to enjoy the plot at least far enough until I can finally know what happened to ML and pity him. all in all, this one started very good to me, but ended up as something I will remember as a waste of time for me to read (at least until I'm bored enough to read this again in the far future). <<less
1 Likes · Like Permalink | Report
Advertisements
Leave a Review (Guidelines)
You must be logged in to rate and post a review. Register an account to get started.