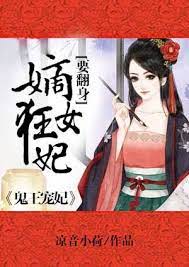 One entry per line
凉音小荷

Status in Country of Origin. One entry per line
912 Chapters (Completed)

One entry per line
奇热小说

She was a secret agent that had transmigrated from the 21st century, the “Living Queen of Hell” Zisu. She could defeat her scheming bit*h of a stepmother, pretend to be a pitiful white lotus, and play around with playboys. It was just that her personality was slightly cold and overbearing!

She was played by fate, after her engagement was called off, she was forced to marry the “War Ghost” by an imperial order?

Rumors say that the “War Ghost” was a man who was in control of the military force and had such a high status that even the emperor feared him. However, he was a cold-blooded, bloodthirsty and cruel person who was ruthless in killing others. He was almost 20 years old but not a family dared to marry their daughters to him!

Never would they have imagined that… even heroes have a weakness for the charms of a beautiful woman. When the War Ghost meets the Living King of Hell, he becomes wrapped around her little finger, willingly being henpecked by her!

“Are you really willing to do anything?” Yu Zisu smiled playfully.

These are recommendation lists which contains Arrogant Consort Adored By War Prince. You should give them a visit if you're looking for similar novels to read. Alternatively, you can also create your own list.
More Lists >>>

The genre is Mary Sue character transmigrates to Ancient China, you either like it or you don't. For the genre, this is pretty good. The MC is physically and verbally a badass. There's loads of action. The enemies are hateable (Though not top tier hateable). They do make it up with numbers, so much so you have to wonder how she managed to live to the opening without an M60 and a bandolier of grenades. The ML surprise is handsome and wears a mask (what's up with that?) Final checkbox... more>> there's plenty of face slapping. The above gets this to a 3, toss in good writing and a solid translation you have 5 for fans of this genre <<less
4 Likes · Like Permalink | Report
Advertisements
Leave a Review (Guidelines)
You must be logged in to rate and post a review. Register an account to get started.