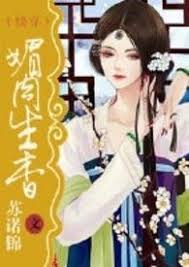 One entry per line
苏诺锦

Gu MingYue is absolutely done with being the cannon fodder side character of a novel… To think that she, born with beauty and status, had her life and her man stolen by a white lotus who had nothing on her! What on earth is going on!?

But everything changed after she met the one called “System”. After finding out that she was a mere cannon fodder in a novel, and that by completing various missions, she would be able to achieve what she wanted most – to be reborn into her world!

This is a story of a strikingly beautiful and poised cannon fodder, out on a mission to complete quests, and there is only one way to do so – have sex!

One entry per line
媚肉生香

These are recommendation lists which contains Aromatic Flesh. You should give them a visit if you're looking for similar novels to read. Alternatively, you can also create your own list.
More Lists >>>

I continued to read the raws of this story. The first 3 arcs are light and leaves you with a satisfying end. HOWEVER, I just finished arc 4 (not 100% sure if it's arc 3 or 4) where the MC is the step sister of the male lead and I have to give you a BIG trigger warning. This arc contains r*pe, s*exual abuse, blackmail and overall is a very upsetting arc to read. The male protagonist is really scum of the universe and deserves much worse than the ending of the... more>> arc. I was so angry that I cried. Anyhow, any book that can make me cry is usually a good book. Arc 4 (?) really gave this book the depth that is needed to make this book deserving of 5 stars. This is really promising and I really appreciate the flow of the stories. I just hope that next time the male protagonist gets what he deserves. <<less
24 Likes · Like Permalink | Report

Writing this purely because of arc 3 - cos damn, that broke me. I hate the male lead in this (the step brother), no redemption till the end, still scum.
Spoiler

dont expect any happy ending in this one, it's full angst and non-consensual s*x.

not the designated world the system was going to transport her to next, so needed to do a different mission to leave

I looked for smut but arc 3 f*cking broke my heart. F*ck. That was unexpected. ... more>>
Spoiler

I've read novels with pseudo-yandere ml's. Those guys are sissy's and everything they do is romanticized, they're just a little possessive. This man here in arc 3 is a real yandere cuz he's a criminal. Yanderes in real life are criminals, so for the little girls out there with immature prefrontal cortex reading this behind your parent's back for some reason, bad boys are bad boys. If they do drugs, steal, kill, and r*pe you, that's not cool. Just wanna leave that there.

Anyway, I wanna know what happened after the MC died. I wanna see that scum ML suffering to death. All that comes out in this review are curses cuz f*ck that ML. My heart hurts so bad. Song Zhiyi and Gu Mingyue's fate was broken like that. They could've been together for even one lifetime. This relationship could have been the light in GM's dark life. Should've put a tragedy tag on this. I couldn't bear to read the smut between GM and that tr*sh cuz it was so r*pey. I just skipped it and wanted to see if he'll die. Unfortunately he's not the one who died. F#CK. I WANNA SMASH THAT PIECE OF SH*T'S HEAD

[collapse]
One reviewer said that she cried in anger reading the arc 3, I thought she was exaggerating. Turns out I underestimated myself. After reading arc 3, I wanna kill and and transmigrate to the novel to personally assassinate that scum of the earth. Now I'm at arc 4. But I need to rest cuz my emotions are going everywhere. I'm angry. But even if I'm angry I would still recommend this to those who are looking for QT's with smut and plot. Smut novels can rarely make me feel much emotions. But this one made me feel sad and angry. It's good. I haven't read the rest of the arcs yet but so far so good. I hope it continues. <<less
12 Likes · Like Permalink | Report

This is the first time I’m leaving a review about a novel. Well at first I thought this was just a pwp story but I was really surprised especially in the arc 4 (the stepbrother-sister). I really liked how things are not just HE and how the Male Protagonists of every arc did not just fall for her at first sight. They’re very 3 dimensional and have their conflicts regarding their views and feeling.
7 Likes · Like Permalink | Report

Listing for my reference (contains spoilers) I'm reading the raws, so some parts might not be translated yet. My mandarin is just half baked. I might be missing some parts of the story. Plan to read my favourite parts in the translated version again when it's done. Arc 1 (My sickly husband) Fluffy and sweet male lead. Enjoy it, you will need this for later Arcs (Happy Ending) Historical ... more>>
Spoiler

She is the wife of a prince who is pretending to be sick. She seduces him and makes him fall in love with her by being a perfect caring wife.

She is the bedwarmer for a duke's son and is a suspected spy sent by the male lead's step mother. She seduces him and makes him falls in love with her. But he still treats her roughly up to the end. Can be considered happy ending.

I skipped alot of this Arc. It was so hard to read. Step brother with mental issues blames her for his attraction to her and plays with her very roughly. She gets pregnant and runs away after alot of physical torture. She then meets a very supportive guy who she falls in love with, gives birth and builds a family with him. It all ends in terribly when she meets her brother again. He kidnaps her, abuses her, kills her love and in the end she commits suicide. Later in the story, it is shown that the brother does regret his actions. Became crazy and also commits suicide in a mental hospital.

She is the adopted daughter of the male lead. He planned to marry his son to her when they grow up. But the son dies. To stop him from marrying again and killing the original body, her mission is to seduce her dad and make him fall for her again. He uses lies to convince her to sleep with him (while feeling guilty about it), though she is the one who instigated the whole scenario while pretending to be an innocent girl. In the end they move to a place where incest is accepted and live happily ever after.

[collapse]
Arc 5 (Masochist underworld boss's bodyguard) Male lead likes it rough and being controlled. So she gets to be the one in charge for once. (Happy Ending) Modern Day
Spoiler

She is a powerful fighter, assasin bodyguard. And when trying to save the male lead, finds out he gets turn on by pain and likes being controlled/ordered around. She becomes his domanatrix lover. She saves his life a few times and it all ends well in the end when his dad wanted to kill her cos he thought she was trying to murder his son. But she confesses she loves him so much she wanted to kill him when he fell for the female lead, he was so touched by the seriousness of her feelings he commits to her. I find this Arc quite amusing

[collapse]
Arc 6 (Save the female Cannon Fodder) Just started reading the raws this Arc, so not much info yet. Post Apocalypse world
Spoiler

The system malfunctions and sends her into a post apocalyptic world as a zombie. But she becomes human later... to be updated later..

After looking at the reviews I decided to skip tragedy arcs 😅. Can someone please tell me where to read the rest tho please 🥲 I can’t find it on mtl please. It looks like some of u guys have been reading a lot so can u pls recommend me a website to read the rest ch like machine translation please 🙏🏻
4 Likes · Like Permalink | Report

I randomly came across this, found it interesting, searched raw and I am continuously reading it and Omg.. The third arc broke my heart so much I am bawling.. I cant get over it.. The tiny hope for a happy ending for the MC was broken by that scum of a person. Just shattered my heart to pieces. Initially I was skeptical about it cause of all tags but since I had nothing to read I just wanted to go through and
So far from what I have read this... more>> novel is beautifully written. They are so good that story from all arc can actually turn into individual novel minus the excessive smut.Its like reading those reincarnation/transmigration to cannon fodder (sometimes angsty) novel but in less chapter with smart MC, with smut scene and system that gives mission. And at the ending of arc 3 I cant stop myself from reviewing it. <<less
4 Likes · Like Permalink | Report

I love this novel. If you want smut and don't want too much dog blood in quick transmigration this story can accommodate your needs. This is the best smut transmigration I read. My thoughts: There is no need for a male lead to appear yay.♡ (ӦｖӦ｡)
Spoiler

I love the gentle doctor to be the ml, but that scum ML of the world killed him (╯︵╰,)

I have to say this is what you kinda expect from a snu snu novel but ✨with a plot✨. So our FL is a supporting character in her prev life, she was betrayed and killed unjustly. With the help of the system she can be reborn in her own world but of course after doing her missions.... more>> Her mission is basically have s*x with the mainlead at the same time get them hearts. I really like how the female lead helps the main lead by using the knowledge she recieves from the plot. In some reviews they have reached chapter 40+ and I'm really begging (๑•﹏•) for them to give me links. <<less
1 Likes · Like Permalink | Report

I love it, (♥_♥) Her thoughts really has a emphasis on the story. I mean she has feelings, Even though she's just carrying through her mission. In the 3rd arc I'd be happy if the doctor was the ml. She genuinly loved him, considered him as her child's father. But, that was my wishful thinking him to be the ml. A human tr*sh was ml. I really cried when 3rd arc came to an ending. The shadow of his mother's suicide overlapping with FL was the best pain she could... more>> give him (ML deserved it) . Currently reading 4th arc, I'll write when I'm done with it. Actually I wanted to write when I ended but after reading 3rd arc, the frustration toward 3rd arc's ML was overwhelming. So I just wrote. 😝 Edit; I take back the feeling things, she's losing it by every arc. Currently at the arc 9. <<less
0 Likes · Like Permalink | Report
Leave a Review (Guidelines)
You must be logged in to rate and post a review. Register an account to get started.

I've turned into a Fox girl?