Novel Updates
RegisterLogin
Theme
Search
Your changes has been saved.
Advertisements
After Rebirth, I Am the White Moonlight of All The Big Brothers

Home >
Novel >
After Rebirth, I Am the White Moonlight of All The Big Brothers 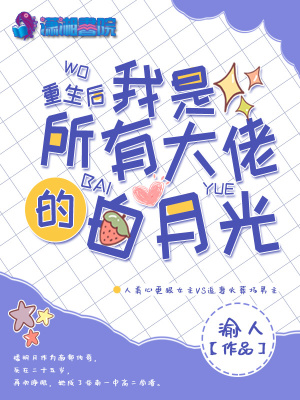 One entry per line
渝人

Status in Country of Origin. One entry per line
945 Chapters (Completed)

One entry per line
hongxiu
Qidian

In her previous life, Lou Mingyue was a legend in the imperial capital. At the age of 22, she was already a “super boss” standing at the top. Finally, she was eventually killed by her trusted aides and died at the age of twenty-five, becoming an unreachable peak in the hearts of countless people.

When she opened her eyes again, rebirth after twenty years, she became a second-year student of Linnan No. 1 Middle School.

Then——the primary school chickens shivered: “Jiang Fuyue, she got a perfect score in the exam again! The physics teacher came to her again for the answers! The math teacher said that she will have her give out the exam questions next month!”

Big Brother No. 1: “Only when she comes back will my world have light.”

Big Brother No. 2: “If she wants the stars, I will pick them, and if she wants the moon, I will go and catch it. I will give everything to her in exchange for a smile.”

Big Brother No. 3: “Sister, can you forgive me? I’ll give you money, the company, and my life.”

She is the moon in the sky, the inextinguishable light, the guiding light, the cinnabar, and everyone’s belief.

… Xie family’s Ninth Master has been having a headache recently, and his little nephew was beaten just after transferring to another school. It is said that the other party is a girl who weighs less than 100 pounds.

Two days later——little nephew: “Uncle, I want to chase her!”

Ninth Master: “I have a disease in my brain.”

One entry per line
重生后我是所有大佬的白月光

These are recommendation lists which contains After Rebirth, I Am the White Moonlight of All The Big Brothers. You should give them a visit if you're looking for similar novels to read. Alternatively, you can also create your own list.
More Lists >>>

surprisingly there isn't a review here... I just want to say that this was written really well. as long as you're interested in an OP genius MC who works hard to improve the nation and her OP ML who treasures her. the MC is proactive and not passive in their relationship which was a huge bonus. it's still relatively different from other transmigration novels, she directly transmigrates to 20 years in the future which was excellent and refreshing... the past relationships and entanglements are not dog-blood and are handled alright. she dabbles in... more>> various industries but this is mostly academic wise compared to other novels where you dabble in show-biz, business, military, under-ground big boss etc...I mean it doesn't have very tiny aspects but is not significant... honestly, this is just an OP MC with the protag buff completing miracles and being the hero. I love this kind of sh*t and it's extremely stimulating.... as long as you don't mind so illogical things and overstretched possibilities, sit back and enjoy. <<less
4 Likes · Like Permalink | Report
Advertisements
Leave a Review (Guidelines)
You must be logged in to rate and post a review. Register an account to get started.