Novel Updates
RegisterLogin
Theme
Search
Your changes has been saved.
Admiral, You Have It

Home >
Novel >
Admiral, You Have It 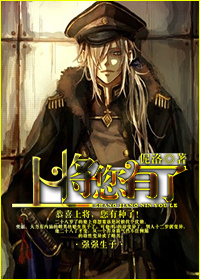 Status in Country of Origin. One entry per line
86 Chapters + 2 Fanwais (Completed)

The 28-year-old Admiral Vee thought it was time to find an elegant, beautiful, generous and cultured sub male to get married and have children, but he f**king mutated, others mutated at the age of 12, but he only changed at 28.

From a dominant male who couldn’t divulge any mistakes into a sub male.

To go from being the one marrying someone to the one getting married in one fell swoop, who in the right mind in Talis Empire would dare to marry him?

Who the f**k would dare!

No one would f**king dare!

One entry per line
Admiral, You Have It
AYHI
上将，您有了

These are recommendation lists which contains Admiral, You Have It. You should give them a visit if you're looking for similar novels to read. Alternatively, you can also create your own list.
More Lists >>>

MC is cute in his own... Uniqueness :)) Like brawns more than brains, a literal blondie/jock. His brain circuit is OMGLOL but everybody shuts their mouth for fear of being beaten to paste... Except for the ML who braves death. Story is more about the couple's SLICE OF LIFE w/ interstellar as backdrop. Bun is pretty precocious and cute. He grow up rather fast as per interstellar scifi. Plus points for plenty of smutty parts. I love how MC is as aggressive in bed as he is in battle... more>> despite being bottom. TBH I myself were confused at the first chaps (I even left this story for a while) but it will get better later on. I'll put this little summary under the spoiler's tab
Spoiler

The Admiral found an amnesiac in a planet he had a mission on and he had a suspicion its someone with a high position. He kind of want to keep the guy under the excuse of making him a pet (but he's already attracted to the guy). Somewhere along the way, amnesiac guy remembered his illustrious identity but pretended not to remember so he could stay longer with Vee. As for the reason why the emperor personally knows Vee will be explained later. While their feelings develop it was revealed that the guy who let himself treated like a pet and get beaten a lot is the eldest Prince of a rival planet/country.... A Crown Prince! The military guys are sweating lol. Vee is all IDGAF but is angry bcos this guy caused him a major injury in war before. They eventually got together. A lot of things happened including Vee being revealed as the long lost son of the emperor and justified his marrying in to the other kingdom. A while later, they had a bun... Fun times seeing the big, violent military guy trying to be "careful" of his pregnancy. There will be a rebellion in Ml's country later and MC will show off his kickass self once more. While pregnant. Despite the nice action scenes, this is still generally the couple's slice of life so don't expect any deep twist and turns.

It's not that bad. I honestly felt bad for the translator seeing so many bad reviews and wanted to chime in to pep them up. The novel isn't a heavy thinker type read. It's definitely more light hearted. Both the ML and MC are bratty with one another. The ML knows how to trigger the MC and the MC enjoys blowing up over it so thier relationship weirdly works. I know this is a weird comparison, but it's like the Cartoon Networks " Dexter's Lab" (am I remembering that title correctly...).... more>> If you are not familiar with the show, sister Didi loves to cause havoc for her brother Dexter. She destroys his lab by pressing buttons she shouldn't and knocking things over all while acting innocent and Dexter loves to scream about it. With his smarts he could avoid these situations but doesn't. He loves her anyway and you can tell that is where this novel is headed. The two cause havoc (injuries) to one another through thier "fights" but they both keep going back for more so don't feel sorry for either. Don't take the characters or the novel too seriously. And yes, the ML and MC are childish to one another but some real-life relationships be like that. If that doesn't sound fun to read than I wouldn't read this. I however enjoy thier antics and check in regularly for more. Please, if you see another review that shares your negative feelings on the novel that's already posted, like it instead of writing yet another negative review that will tank the translators feels. It's not wrong to leave a negative review (assuming you liked the tags shown, just not something not listed) but when you see the last couple of reviews have been bad back to back or that there are many, maybe hold off on writing yours until more positive ones have been left for our freely translating translators sake. Some of us other readers still want to finish this novel. >.< <<less
8 Likes · Like Permalink | Report

Maybe my rating is a bit harsh, I'm not sure if it's because the author is bad at storytelling or if it's the writing but it just wasn't engaging at all.
14 chapters in and I still haven't a clue about MC's personality other than that he's an admiral. Which for some reason is repeated so many times it gets annoying. We don't get much information about MC and likewise with ML. Maybe author was going for mysteriousness but it just felt draggy and dull. And what exactly is the... more>> plot? So far it's about MC raising ML which is so bizarre there's hardly any good explanation behind it. <<less
2 Likes · Like Permalink | Report

so literally I think this novel has some scheme or conspiracy whether between Vee and the emperor or Prince Will (I read on MTL so I don't know the actual name the most important is that he's the ML right?) with his family... and what happen actually? there nothing as sorts... no betrayal no pain (my expectation is too high)... just an ordinary enemy from the outsite... ... more>>
Spoiler

so yeah the story is nice but lack of internal turmoil... that Vee is so crazy about war and a little s*upid about things regarding anything except war... how can he think he lay an egg instead of giving birth?! and his husband just has an extreme regeneration ability that does't need us to worry about him...

I greatly enjoyed the story.. I think this is the first time I read a masochist ML and it's just alright, it's not an extreme M anyway.. Good ending. I just hope there's family interaction in the extra.. Or add more extra. ;)
1 Likes · Like Permalink | Report

I read most of the book and honestly, I felt it was super dry. Not much excitement despite the MC being a mighty general/admiral+ (secret?) royalty and ML being the (former) enemy country's prince. Honestly, there really isn't much going on apart from him rescuing the ML then abusing the ML while the ML always annoys him, even the romance sees so forced. However, I do like that the MC kept his personality throughout. For a novel with the smut tag, it surely was disappointing. its not horrible but id only enjoyed... more>> it to the point of 2 stars maybe 2.5 if I'm generous. <<less
0 Likes · Like Permalink | Report

The premise sounds interesting and the translation quality until now is good. 👌🏻 I can't say much about the plot yet, since there aren't many chapters currently.
0 Likes · Like Permalink | Report
Leave a Review (Guidelines)
You must be logged in to rate and post a review. Register an account to get started.

I Was Summoned To Have Tea...