Novel Updates
RegisterLogin
Theme
Search
Your changes has been saved.
Advertisements
A Non-combat Magic Artifact Researcher ー Actually Was an Extroadinary S-rank Mage～ Though He Worked Overtime Without Compensation and Contributed Greatly, He Was Labeled as Incompetent and Was Fired

Home >
Novel >
A Non-combat Magic Artifact Researcher ー Actually Was an Extroadinary S-rank Mage～ Though He Worked Overtime Without Compensation and Contributed Greatly, He Was Labeled as Incompetent and Was Fired 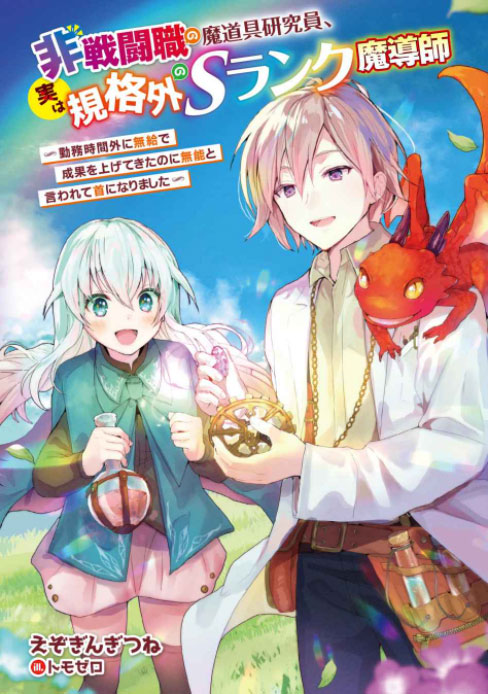 Status in Country of Origin. One entry per line
80 chapters (Ongoing)

“Strout, from tomorrow on, you have no job to do here.”

The Magecraft Tools he designed were all revolutionary.

He increased the notoriety and fame of his Academy and had plenty of funding.

One day, suddenly, envying his talents and blinded by the potential profits of the upcoming Magecraft Tools, the President of the Academy and his supporters expelled Werner from the Academy.

Without any other options, Werner ventured into the wilderness and decided to continue his research in peace there.

He had enough money saved up, and he is still receiving royalties from his previous inventions.

He had no doubt that he could live at his own pace this time without worry or concern.

On the other hand, without him, the Research Division of his Academy was unable to successfully develop any further tools from Werner’s previous research and was in a state of panic!

The President of the Academy and his supporters struggled to meet deadlines to even publish a poor quality Magecraft Artifact and were at a complete loss.

The exasperated Kingdom’s politicians began plotting to pull Werner into their organizations, and an underground religious organization began making their moves to go after Werner’s inventions……?!

With a Dragon and a new female disciple, aiming for peace and safety, a comfortable and behind the scenes daily lifestyle, Werner’s isolated research life begins!!

One entry per line
非戦闘職の魔道具研究員、実は規格外のSランク魔導師勤務時間外に無給で成果を上げてきたのに無能と言われて首になりました

These are recommendation lists which contains A Non-combat Magic Artifact Researcher ー Actually Was an Extroadinary S-rank Mage～ Though He Worked Overtime Without Compensation and Contributed Greatly, He Was Labeled as Incompetent and Was Fired. You should give them a visit if you're looking for similar novels to read. Alternatively, you can also create your own list.
More Lists >>>

This is a pleasant surprise. You can guess what kind of novel this is from the title and this sort of thing is totally 'my cup of tea'. What I particularly liked is that the MC isn't as clueless as they usually are, and there is also an actual PLOT! This is gentle stuff, with challenges easily overcome and villainous mobs given comeuppance. 5 stars for being a great example of this kind of novel.
3 Likes · Like Permalink | Report
Advertisements
Leave a Review (Guidelines)
You must be logged in to rate and post a review. Register an account to get started.