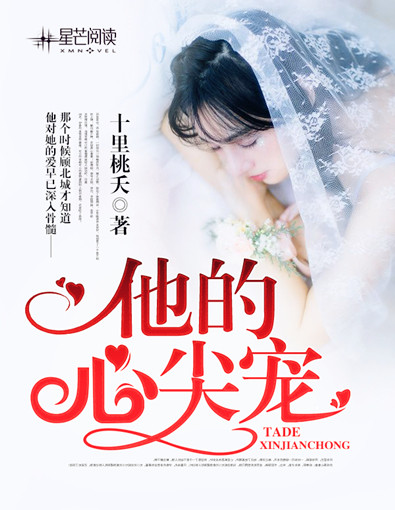 One entry per line
十里桃夭

One entry per line
Anysoft

After marrying Alex for three years, Crystal finds out the marriage is just a lie. A lie Alex makes to take revenge on her for Maya, his first love.

One entry per line
他的心尖宠

These are recommendation lists which contains A Marriage Deception. You should give them a visit if you're looking for similar novels to read. Alternatively, you can also create your own list.
More Lists >>>

Firstly, the novel is not great to begin with. But I skipped to the last chapter and warning it's not a HE. In fact, it's pretty bleak: ... more>>
Spoiler

As revenge, MC killed herself at the end! And he obviously found out everything by that point + realised that he loved her.

I mean, that's a good revenge indeed. But you only have one life, girl! You should have dumped him and found another man. That would've also hurt him.

I'm not good at writing a constructive review but I'll try my best. Here's my initial thoughts about the story so far, 1. The flow of the story is confusing. It started with an angsty vibes without telling the backstory of why Crystal (female lead) did what she did to her husband, Alex (male lead). It did not have necessary information of the couple. Then suddenly, the first love of Alex appeared in a flash that made the flow distrupted even more. Although, the chapters are still few, I can... more>> tell that it would be even messier in the future. 2. The morals of the story is concerning, well for me. Even if the male lead do not love his wife and even so they do hate each other's guts, he have no right to decide about child bearing and abortion of a woman. Yes, it's his child but to think that he will go an underhanded measure out of anguish and jealousy makes me sick. At least, act like a decent man and a good father. 3. The characterization. Y'all, the characters so far were so messy and always on edge with each other. It's like a roller coaster ride, you can't keep up with their pace of emotions since there's no time and space for them to breathe. I don't know what the author is thinking when she's writing her characters but, I'm crossing my fingers that it will get better. <<less
9 Likes · Like Permalink | Report

Don't waste your time for this. MTL-ing this. Basically, I just skimmed through it, since I can't handle the s*upidity. I love the ending for this novel though. ... more>>
Spoiler

ML tried to redeem himself (apparently ML love MC) but MC doesn't care about ML anymore, after so many trials and turbulence, she just gave up.

(her dad died because of scum female and ML also partly blame for that, MC went to prison because of that B, tried to killed herself and failed for 6 times. When she got out, she just live for revenge)

Made scum female crazy and gave the best revenge for ML, punished ML with suicide (falling of from the cliff) right in front of his eyes. Serve him right. Scum male!

So after reading more from this translator, I can say that they are bad, but so is most of the works that they translate. Things move so quickly and illogically that it feels like it was written by someone who is 14 years old and wrote twilight/Harry Potter Fan Fiction in high school through their late twenties and then wrote this. I would not recommend reading this. I used to laugh at how poorly written these CN novels were, but this just hurts me. Not because the story is tragic,... more>> but by destroying my faith in humanity and its future. I enjoy a good tragedy and betrayal story line, but unless you are desperate, you are better start looking elsewhere. The KNs have gotten a bit better at writing tragedy story lines over the years, at least for their introduction. <<less
3 Likes · Like Permalink | Report

Anyone with big brain hole, read this as you please. A very f*ck up novel. I'm getting the feeling again of how these authors from chinese hates female. If you like the feeling of being suffocated and your guts being pulled then this is the right novel. Sofanovel translator are the best place to find these kind of novel. :) You're welcome.
2 Likes · Like Permalink | Report

A poorly written novel. There’s nothing about this novel that tugs on my heartstrings like the classical tragedy novels. I feel like the author tried too hard to come up with the most f***ed up scenarios and stuff them into this novel to make it look as angsty and tragic as possible. There’s no character depth either (all the background stories are superficial). The ML and 2nd FL in the worst way possible so that the ending is more satisfying To put it shortly, it’s about getting the satisfying ending after seeing... more>> the MC going through one f*cked up moment after another <<less
2 Likes · Like Permalink | Report

After reading the first few chapters, I believe if anyone loves tragedy and dog-blood drama then this is their cup of tea. The sense of realism is completely broken in this one (not like it exists in CN novels in general) and flow of story is not in a chronological manner. I mean past is shown in bits and pieces but there's an order for everything. The way the past is shown, it interrupts the current flow of the story. Though I'm at initial chapters, from the flow it can... more>> be considered that this story's fate is quite doomed. Not to mention after reading the reviews, I lost my appetite in reading this story. If it's true as the other readers claim, then doesn't that just mean that the FL is giving face to the ML by killing herself? Well if we're talking about a sense of realism, then 'suicide' could be considered as a 'realistic' act after all the trials the FL has passed through. If one goes through that no. of trials like loosing your child, both mental and physical abuse (using your 'voice' and not letting the other voice their opinion to force them to get abortion can be considered a type of physical abuse..), repeatedly being thrown into jail, looking at your husband being supportive of another woman, not only trust but with no sense of security and protection from another... being completely isolated from another person's warmth, repeated loss of reputation, loss of a dear family member due to some scummy gong whom you used to worship and for whom you suffered a lot... well it's obvious to be driven to insanity...I mean even if the other person doesn't loose their mind they would surely be depressed and traumatized for life. <<less
1 Likes · Like Permalink | Report

This is such a hard read cause the massive pile of misfortune and misfortune. I mean sure it's interesting though the short chapters and the fact that you find the progressive depressing story really doesn't help. I mean I have pity for the MC, I just kinda want her to be free from all this BS.
1 Likes · Like Permalink | Report
Advertisements
Leave a Review (Guidelines)
You must be logged in to rate and post a review. Register an account to get started.