Novel Updates
RegisterLogin
Theme
Search
Your changes has been saved.
Advertisements
The Villainess Will Leave Without Any Regrets

Home >
Novel >
The Villainess Will Leave Without Any Regrets 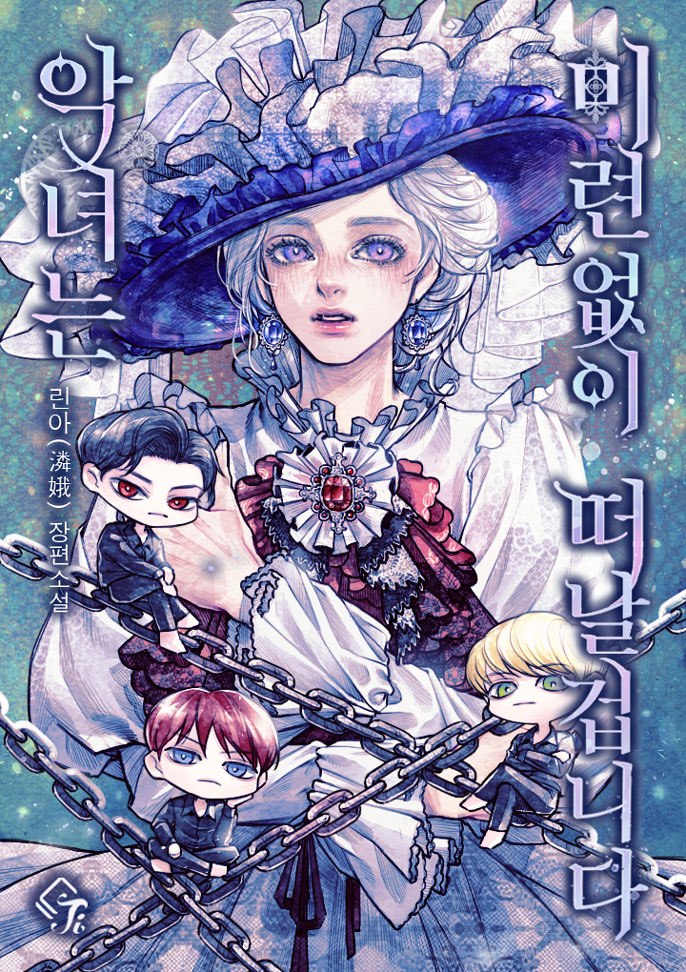 One entry per line
리아

One entry per line
PINN

Status in Country of Origin. One entry per line
92 Chapters (Complete)

She was a b*tch, villainess, and devil who had her father at her mercy.

After running away from her hometown, a report of her younger brother’s death made her come back.

“Why did you come back here, you evil wench!? Are you after the family inheritance now?”

This isn’t what you should be saying to your daughter, especially after you haven’t seen her in eight years, Mother.

But she had something to protect: the young child her sibling had left behind, her nephew.

Abella, who remained within their mansion, began to dig into her father’s death.

However, many things differed from her memory.

Her fiancé, who was the same as before, seemed to be hiding something.

A bad friend of hers, who she thought had hated her, said that he missed her.

And a friend who confessed to her.

Everything was different than what she’d expected.

As the secret of her father’s death was revealed, Abella’s soul began to crumble…!

Who can save Abella, who’s prepared to die?

These are recommendation lists which contains The Villainess Will Leave Without Any Regrets. You should give them a visit if you're looking for similar novels to read. Alternatively, you can also create your own list.
More Lists >>>

Welcome to this novel, where every ML is meh at best and worthy of being punted into the sun at worst. The entire story seems to just be MC being relentlessly abused by everyone around her for the s*upidest reasons possible while you get monologues in the narration where the author tells you all about how they're not that bad. Like, seriously. ... more>>
Spoiler

One of the male leads spends his introduction scene being angry and rude at her because he resents her for leaving a place where she was only abused. He blames her for "abandoning" him. And that's not even the worst ML as far as being an absolute dipsh*t goes!

And let's not even talk of the mother who treated the MC with nothing but hatred and disgust for the entirety of MC's life, but the author wants us to believe that she did it all because "she was protecting MC", even though MC was not protected of a single bad thing in her entire life. And that we should feel bad because she feels Slightly Bad about it.

This pathetic attempt at a character's justification happens while the mother is once more deciding to throw her daughter to the wolves to protect herself and her grandson btw, but sure, she just simply didn't have a single other choice.

[collapse]
I was willing to give this novel a shot despite the bad reviews because I'm not against melodramatic literature by any means, but that's not what I found issue with. What I found issue with is that this novel describes the life of an extremely broken MC that lived a life of almost absolute misery, but instead of blaming the people responsible, the author would have the MC blame herself while also writing whole monologues trying to justify and redeem literal abusers and show that they're not THAT bad when actually, they absolutely are. If you want a choice of 3 different levels of toxic ML's, with a side dish of absolute garbage abusive mother, and even the cute little nephew being an absolute dipsh*t (In the very first scene that is a glimpse into the future after MC leaves, it is shown that the nephew recognizes that MC has been miserable living there all along, and that the place is hell on earth for her, but he still sends people to track her and drag her back because he "thinks she should be where people love her".) No one respects MC, her agency, her thoughts, or her emotions. Not even herself, and ESPECIALLY not the author, who likes to imply that leaving an abusive life is something to be guilty about, and frames MC's attachment to a family that did nothing but tormet and abuse her to the point where she's willing to sacrifice her own hard earned things as "love". This novel makes HORRIBLE statements about abuse and it's victims, and I wouldn't recommend it to my biggest enemies. <<less
1 Likes · Like Permalink | Report

The story has no impact, it just jumps into a dry boring story. There aren't any details, nothing is explained. I don't know the world they are in, dont know the continent name, don't know the countries name, don't know why cities are so different its a ball of nothing. So many details need fleshing out but the story just pushes forward and skips all the interesting detail. Characters aren't introduced, they're just there to make fMC look amazing or go against fMC by being total idiots. FMC is a woe... more>> is me type character always suffering and thinking how horrible her life. Its annoying some random crap happens she does this and that but there's no detail. Its dry and boring and curt. The rating is low for a reason don't bother. You'll just get annoyed and bored. <<less
12 Likes · Like Permalink | Report

The story is pretty melancholic since the pov is from an MC with a pretty sad upbringing The story is slow paced with just enough content to keep you readingw. The story goes on as it unfolds the details of her childhood and past relationships with an angsty touch. It makes me want to know the characters better and their motivations. But what makes me invested in the story is that how they handle a childhood trauma that still lingers when the MC is an adult from the MC's perspective. I... more>> hope the story won't mess it up though. The story also tells us about the other characters and their motivations but so far it's still vague and I haven't root for a supporting character in this story yet. It'sa pretty decent story with a character-driven plot. It still has its minor flaws but so far the story has been solid and easy to read. High expectations on this novel! I hope they'll translate it untill the finale :D <<less
5 Likes · Like Permalink | Report

It so good. It slow plot so hard to see what happen in future and too many mystery with her background or what make she think that way. But I glad it make her more imperfect MC that can be relate. Since what she has suffer in past make her current attitude. In some way I wish I wait for more chapters before read it but I’m not regret because that something I sill look forward what this going with plot. She suffer because she happen birth on cursed” day that... more>> everyone fear of that most people would kill children who born that day. So she don’t have good childhood. Also on what summary based her view might not what she think about people around her but that not mean she never suffer from their harsh word or action. bonus that Simon (nephew) is so cute so far he intro like late 20s ch so not much see their interact but I could see how Simon warm up to her because of her brother teach Simon all about her. MC has support from her brother which heartwarming for me. <<less
2 Likes · Like Permalink | Report

The protagonist is so boring and the story can't even go more than three paragraphs without telling us how rough she has it. The supporting characters are also super flat, which is unfortunate because I have this kind of kneejerk dislike for the protagonist that makes me want to root for them simply because they don't like her. But alas, their reasons for hating her are so dumb and vague that you can't even really get mad at them.
0 Likes · Like Permalink | Report
Leave a Review (Guidelines)
You must be logged in to rate and post a review. Register an account to get started.