Novel Updates
RegisterLogin
Theme
Search
Your changes has been saved.
Advertisements
The Villain Recognizes the Villainess 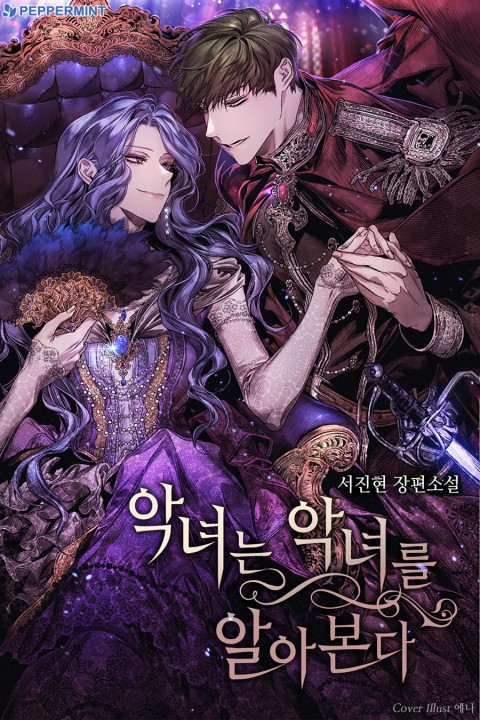 One entry per line
서진현

Status in Country of Origin. One entry per line
83 Chapters (Complete)

One entry per line
Peppermint

I thought I got used to being called a ‘villain’… but even now I’m called a villainess in a novel?

Soo-in no longer needed to be a villain, nor did she want to be one.

But at one point, she felt something wasn’t right. Everything fit together so tightly, and someone was cleverly driving Beckinia into the ‘villainess’ role.

“You’ll never expect to be hit like this. Your place, from now on, I will steal it.”

In order to reveal the ugly face of Mianel, the heroine of this novel, she decides to become a villainess once again.

Meanwhile, a man approached her.

“You can use me. In that regard, I can tailor myself as the lady sees fit, but,”

Hysis stopped talking and suddenly looked straight into her eyes.

Only then did Soo-in realize what his intention was.

The plot’s change was starting faster than I thought.

“Would you please cooperate in getting back my original position? From their point of view, this could also be called a rebellion.”

These are recommendation lists which contains The Villain Recognizes the Villainess. You should give them a visit if you're looking for similar novels to read. Alternatively, you can also create your own list.
More Lists >>>

1 group(s) hidden due to dead links. Click here to show all releases.
Advertisements
Write a Review
1 Review sorted by

It's a pretty good concept, murder mystery vilainess, but the writing needs improvement, The buildup could also be better. I'd normally wait longer to rate, but it's unlikely the annoying prose style will improve ... more>>
Spoiler

Note all these names are best guess as they are not consistent in the text
Soo-in: Korean girl that tranmigrates into the novel as Beckiana

Mianel Nercid: Becky's half sister and apparently the antagonist. Has some sort of divine ability on her way to being a saint

Count Liane Nersian: Beckiana's and Minael's father apparently doesn't have much pull in his own family

Hysis Denise Raven: Raysid's older half brother. Soo-in decides to immediately pursue him instead of Raysid to disarm the death flag (preemptive strike and killing Mianel seems ever so much more effective)

Setup: The novel starts with Beckisna being executed and apparently not understanding why. Next thing you know it's back in time and Soo-in who has read the novel transmigrates into Beckiana. She decides to avoid her deathflags with extreme prejudice, but it's not to be. She is being set up. So she has to find who is setting her up and stop them.