Novel Updates
RegisterLogin
Theme
Search
Your changes has been saved.
Advertisements
The Sleepless Night of the Maid

Home >
Novel >
The Sleepless Night of the Maid 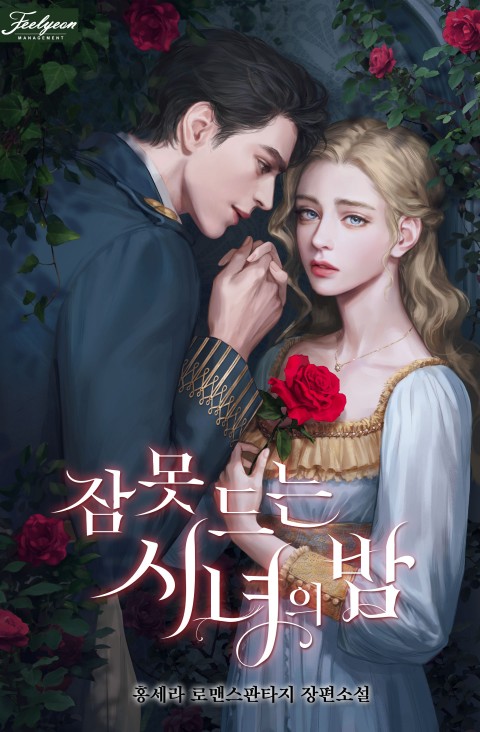 Status in Country of Origin. One entry per line
111 Chapters (Ongoing)

Eva Massies, once a daughter of a noble family, now lives in a house of acquaintances as a maid. She met him for the first time when her life was at rock bottom. Her handsome, strong, and dazzling former fiancée, Crown Prince Edward.

Edward asked worriedly as he took her hurt foot.

Perhaps it was because of how affectionate his voice was. A voice that had been suppressed all this time brazenly slipped out. To top it off, being soaked wet in water, wearing a pair of worn-out, patched socks, hitting rock bottom, all of these were shameful.

“Are you feeling ashamed because you’re hurt? Your foot is still beautiful even like this.”

He said those words like it wasn’t something to be concerned about.

“There’s no need to be ashamed. For whatever reason, you did nothing wrong, Eva.”

He soothed her fear by calling her name. Only when he’d left did she realize. That man who stayed only for a moment, that man who would be deeply engraved in her heart, was her first love.

Once again she met Edward after going through a rough time.

After defeating numerous nobles’ daughters and becoming a lady-in-waiting.

After her heart grew stronger.

After she no longer thought about him.

“It’s the lady of the bedchamber’s job to make sure that everything is sufficient and provide anything that Your Highness needs before sleep. That’s why, if you wish to hold hands, do as you wish.”

“Have I ever acted as I pleased in front of a lady even once?”

His voice was cold, drastically different from before. He held her, his glaring eyes felt very intimidating to her.

“If I knew you’d come to the imperial palace, I wouldn’t have let you go that day.”

Edward, who had his face close to her, warned in a low voice,

“So this time, I was thinking of doing anything however I wished.”

These are recommendation lists which contains The Sleepless Night of the Maid. You should give them a visit if you're looking for similar novels to read. Alternatively, you can also create your own list.
More Lists >>>

I like it so far...I like how the story goes. the FL is not a push o er.. she's strong and kind. I wasn't confused while reading it. The ML was pretty nice. Please update soon.. Thank u
1 Likes · Like Permalink | Report
Advertisements
Leave a Review (Guidelines)
You must be logged in to rate and post a review. Register an account to get started.

The Side Character is Actually The...

Youjo Senki: Tanya the Evil In...