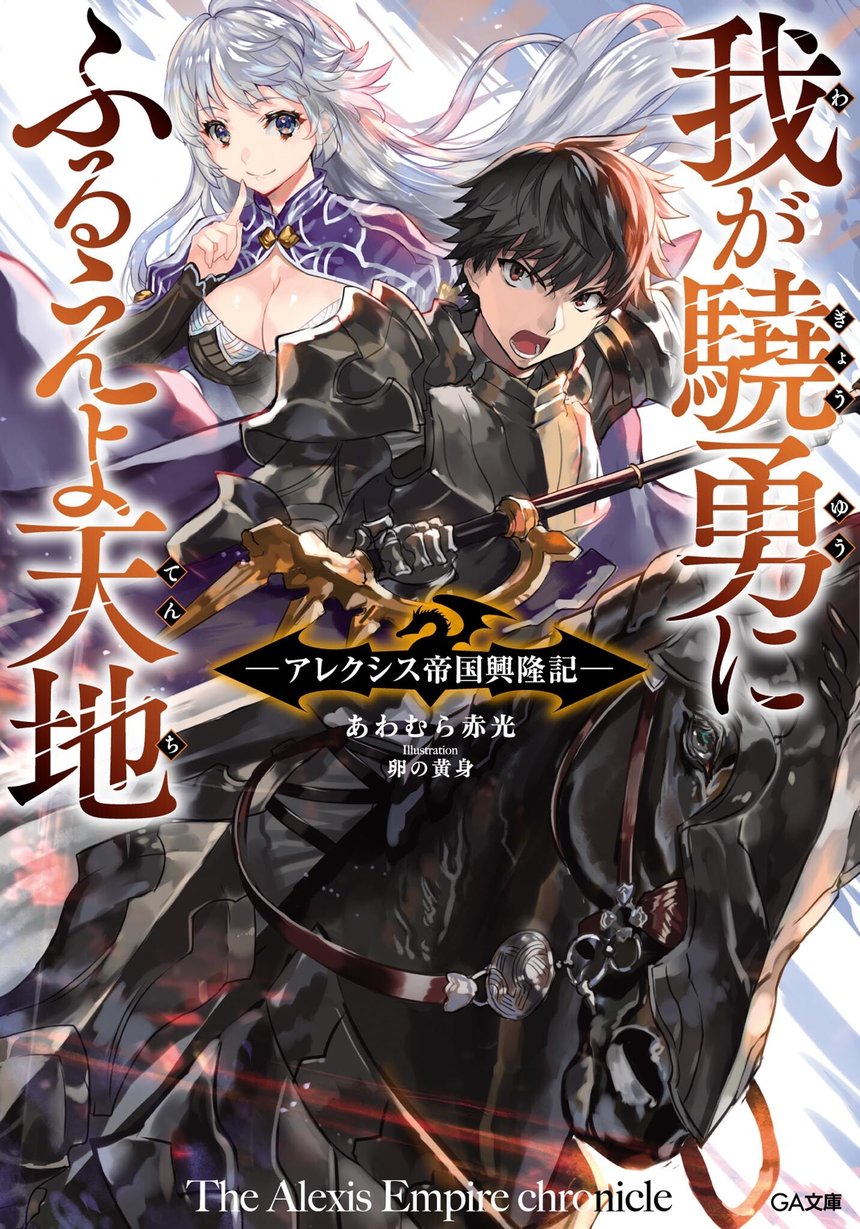 One entry per line
Tamago No Kimi
卵の黄身

Status in Country of Origin. One entry per line
9 LN Volumes (Ongoing)

One entry per line
GA Novel

The bravery of the peerless Great Emperor Leonard the First was evaluated as a universal truth.

However, in his younger days, before he unified the continent, he was only a boorish clumsy youngster, his homeland was stolen away from him and and he was branded with the infamous name of “Nosferatu” (bloodsucking prince).

This is the story of an great counter-offense, a great revolt.

Leonard vowed to recover his homeland and truly became a mighty warrior!

Several mighty generals, sages, talented women and prodigies, compared to Gods and Demons, attracted by the single-minded Leonard congregated around him.

Eventually they became a great power able to engulf their depraved fatherland, and contended against rival countries.

Now the curtains open to a heart throbbing and passionate war chronicle packed with bravery and strategies, a thrilling yet orthodox series filled with a collection of heros and heroines!

These are recommendation lists which contains The Alexis Empire Chronicle. You should give them a visit if you're looking for similar novels to read. Alternatively, you can also create your own list.
N/A

It's been 2 years since I read the volume 6 which at that time was the latest volume. I've bought volume 7, 8, 9 last month and just finished catching up. I must say that the politics, plot, heroism and the character development was really superb, the villains and their generals are all strong on their own. So far, Leonard's already a politician. And after the conquest of the Admov empire in volume 7, the current enemy is his own brother and the prince of the southern empire. Also, there's the 3 Kingdom alliance that was formed to resist Leonard's camp. The battles were really impressive. Especially on how it was delivered. Leonard's camp also suffered difficulties and even defeat that makes this unpredictable. The bottom line is, every volume has it's own pros and cons depending on people's taste however the only thing that I can say is that, this is really good. Kudos to the translator for picking up the series. Keep up the good work.

I'm really enjoying this novel so far. The court intrigue is fantastic, and the expression of the world and the characters are believable. Worth a read if you enjoy the premise of a strong warrior fated to die in battle, reincarnating in the past, in a rival empire, and struggling to survive. Lots of mystery with regard to how this happened, and what it means for the situation where the warrior of the past may still exist.
0 Likes · Like Permalink | Report
Leave a Review (Guidelines)
You must be logged in to rate and post a review. Register an account to get started.

Kiri to Shinkirō | Mist and...
Advertisement