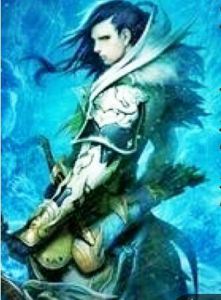 Status in Country of Origin. One entry per line
1059 Chapters (Complete)

A warrior absorbing the stars energy to strengthen the body, astonishing the heavens, smashing the starry skies, stepping on the universe!

An enchanting star descends on the earth encompassing the whole sky.

The Arrow God must not be provoked, wherever you hide, no matter if separated by countless sky, the massive lands, the Arrow God sees and can do his bidding.

One entry per line
至尊箭神

These are recommendation lists which contains Supreme Arrow God. You should give them a visit if you're looking for similar novels to read. Alternatively, you can also create your own list.
More Lists >>>

Your MC is half reincarnated and half transported into another world (as in transported into another person's body). So, what is his cheat ability? A super computer incorporated in his mind that allows him to train and learn much faster, easier and better than others. Unfortunately, the author kind of forgot about this and just threw it in the background as "you know all know why he's so good, I'm not going to bother mentioning this super computer processing mind again".
As for the plot, apparently the Emperor, who is a tyrant, got an oracle reading and said that an archer, or bow user, will overthrow his tyranny. Therefore, he decided to hunt and kill all archers. So, the MC has to get stronger while hiding his true identity and overthrow this tyrant. And at the same time, he has to goal of chasing after his girlfriend, who will ascend to a higher realm/world.
There's no harem or multiple love interests. This I like. There's only one love interest but she's not much of a female lead. Her screen time is minimal. It's still the "damsel in distress" but a variant. MC isn't trying to "save" her but she is still one of MC's motivation to become strong.
Up to Chapter 680 or so, the MC uses three different weapons, his fists, a spear and a bow. And from weakest to strongest is in that order as well. By Chapter 680 or so, MC was told that he should focus on only one weapon and master that because once he masters that everything else will fall into place. So, whether he actually focuses on the bow and become a true archer god, I don't know.
He also has the "Black Hole" Star and "Sagittarius" Constellation by default. 1 Star is normal, anymore than that is not. A whole constellation only occurs in the legend. MC uses his "Black Hole" Star and absorbed fire to create a "Fire" Star. Therefore, he has three different stars/constellations.

[collapse]
With that done, to put it bluntly, I place this novel in the category of where character developments are horrible. The MC is pretty much a loner. He gets help from people that acts as his mentor/master. But that's all they stay as. A random dude that comes and help and disappears, no attachment. His girlfriend is not a lot better. There is a background story but her role is minimal in general. He's pretty much always going on adventures alone. His adventures are very standard. I don't see anything spectacular but nothing too horrible either. If you're looking for another "Xianxia" to add to your reading list because you have nothing else to read, it's not a bad choice. But it's definitely not my top choice and I got fed up with it and dropped it. <<less
17 Likes · Like Permalink | Report

interesting story, it is has the common elements of xianxia. The pace of the story is good, the author justifies any power-up of the MC and the MC is mature enough. The one thing is that the translation of this story need an editor. currently I am at 13 chapter, and my heart is pounding because of a cliffhanger. in short, this is a good story for those who like xianxia story.
5 Likes · Like Permalink | Report

This is definitely a good and intersting novel. Have some similarities with other xianxia story but have its own differences. As the name implies it uses bow and arrows as its main weapon rather than sword and I love to see how the author going to show how badass bow and arrow can be. As of now reading at chapter 12 and I have high hope for this novel so 5/5 for now
4 Likes · Like Permalink | Report

Read 10 chapters and had to stop. Cause it was so bad. Author keeps repeating sh*t over and over chapter after chapter. Also author keeps writing how great the MC is and sh*t but he's really just a care bearing noob. Reminds me of another horrible novel called Lu Xiaofeng where the author keeps talking about how awesome the MC is.
2 Likes · Like Permalink | Report

At the beginning it's a good story for light reading, (do not try to read it in depth, it's not worth it) but the story continu with the same plot ... more>>
Spoiler

After killing all his enemy he will offend someone else and the cycle will repeat itself.

Their are 6 realms of power in this story but each one contain the same plot (he joins a sect, make enemy, become stronger than everyone in the sect, beat all his enemy, join another stronger sect, make enemy...)

Literally same things with some variant all the story.

Well their is romance but of course a cliche one...:-) Fall in love separated by powerfull sect, rejoin, separated again... and that for hundreds of chapter.