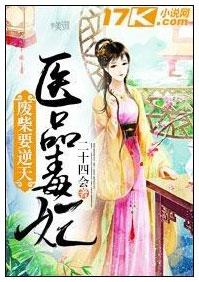 One entry per line
二十四会

Status in Country of Origin. One entry per line
489 Chapters (Completed)

Follow Bai Luochu on a journey back to the peak as she reincarnates into the body of an orphaned daughter of the former great general of the Cloud Water Nation.

With the Three Great Immortal Sects in front of her, her mortal enemies who caused her death, how would she rise to the top again?

With her astounding medical skills and ability to create heaven defying poison, Bai Luochu heals the crippled meridians of her new body and attracts the attention of all three princes of the Cloud Water Nation!

These are recommendation lists which contains Poison Physician Consort. You should give them a visit if you're looking for similar novels to read. Alternatively, you can also create your own list.
More Lists >>>

3* at best since I read lots of worst novels. lots of inconsistent and confusing plot holes that made me always guessing what did author means... (it begin with A, suddenly become B midway, later become C at whim, etc... what the heck?) plotarmor comes as the princes which without any particular reasons giving everything for MC growth...
0 Likes · Like Permalink | Report

A rebirth/reincarnation story where the MC is reborn in the same world but in a different body. MC is intelligent, patient, knows her limitations and smartly overcomes those limitations of the body she is reborn into to overcome the difficulties she faces. BUT the story has plenty of plot holes (example - inconsistency regarding the original body's memories, out of the blue medical techniques) - considering that barely 20 something chapters have been translated, it seems like a bad start... For now, would like to read more of the story (mostly because... more>> of the MC), and see how it develops... <<less
3 Likes · Like Permalink | Report

It's a bit early to review this, but.... well, in the beginning it's like any typical cultivation reincarnation / transmigration story. The MC finds herself in a difficult situation after waking in this new body yet manages to come out unscathed due to her past skills / knowledge. As the other review mentioned, the MC is smart and intelligent and knows her limits - altho, there is a bit of repetition of "due to her [insert past identity] she can do this amazing thing blah blah blah". The writing is... more>> okay, I would say better than most in stories like this. Altho as I said there is a bit of repetition and more "tell" than "show" in areas where it'd be better to use description or just show through the MC's actions. The translation is very good tho, with very few mistakes, so it makes reading this even better. However, having said all that, there are already two rather big plot holes that I found hard to ignore:
Spoiler

Like gryffinpuff said, first comes up the issue of the original soul's memories. In the chapters two and three, the MC mentions she saw the memories, and thus concluded she reincarnated. But then later, she suddenly says she didn't recall anything when she woke up? And that she needs to investigate this new body's identity?

Ok....I was willing to get past that, since it's not too major, but then:

One of the nation's princes appears in her room (she's staying at another prince's residence) and she basically says when she realizes he looks sickly: "Ah, you're here because of my medical skills, right?"

But the problem is.... she hasn't had the chance to show her medical skills yet! At least not to anyone else that isn't us, the readers, so why is she saying that?

I think gryffinpuff worded it incorrectly - it's not that the readers found her medical skills to be out of the blue, she managed to treat her own injuries and is clearly skilled enough to create poisons w/ some herbs she bought. The problem is her suddenly saying that when she has never met this prince nor been in any situation where she's shown miraculous medical skills to the public - and it would've had to be a tremendous and significant show, because this is a prince! Otherwise, why would he go to her, who at this point is only known to be a "servant girl", when he can get much better doctors for himself?

Again, this isn't anything major either, but it is something harder to ignore. And it makes me feel as if this might happen a lot later in the future, where suddenly things pop up w/ no logical basis.

[collapse]
Anyway after that, my eyes started glazing.... especially when she has a romantic dream w/ the two princes that she's met at this point. (Technically, she's met 3 princes by chp 23, but one of them is essentially a kid to her.) It's like.... it might just be foreshadowing, but ugh, a love triangle foreshadowed through a dream is just too ridiculous. So idk, the writing is okay, and the MC is good enough to keep reading, but the plot holes and the repetiveness I mentioned and that "dream" are making me doubt whether I should keep going. <<less
2 Likes · Like Permalink | Report
Leave a Review (Guidelines)
You must be logged in to rate and post a review. Register an account to get started.