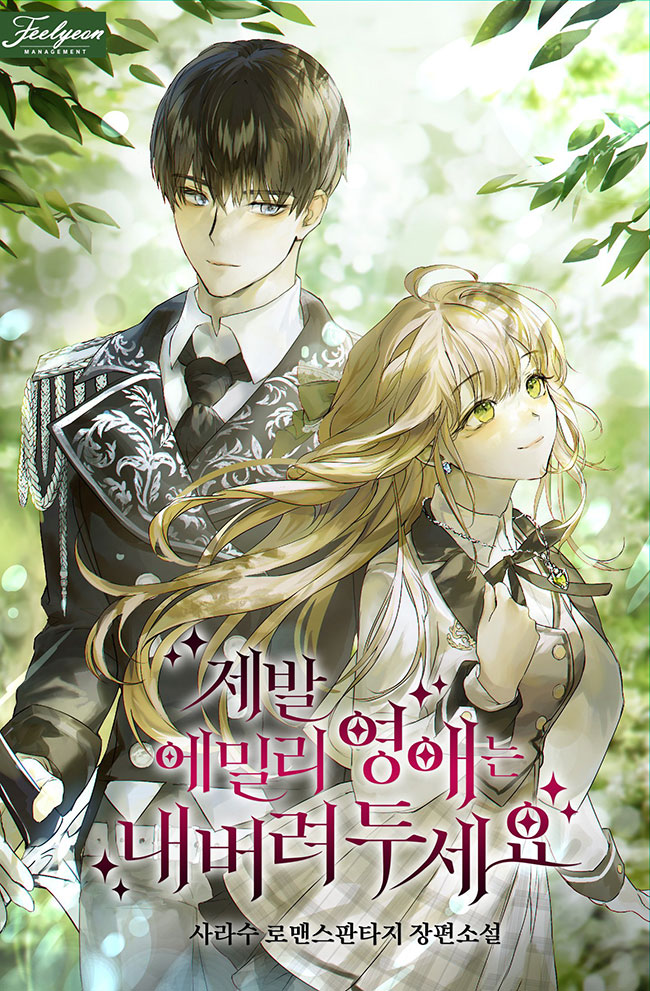 One entry per line
사라수

One entry per line
Eunji
은지

One entry per line
Feelyeon Management

Emily Adesio, with the Academy Acceptance Certificate in her hands, enters the academy, dreaming of a happy school life, but is unexpectedly caught up in an incident.

Ethan Valenti, who helped her by chance, is gradually drawn to Emily, and Emily is also shaken by his aggressive approach…

Before Emily could feel a strange sense of relief when he stopped, he grabbed the waist-high window railing with his right hand and easily jumped over into the building.

In an instant, a black shadow fell over Emily, who was startled by the sudden narrow distance. It was because Lord Valenti, who was much taller than her, was looking down at her with his back against the window.

As the shadow cast around her, Emily instinctively tried to back off. But before she could even move, Valenti reached out to grab the handkerchief she held out.

“Thank you, Emily. It was very kind of you, but you didn’t have to return it.”

The sweet romance story of Emily, who is ordinary but always surrounded by unordinary situations, and Ethan, who dedicated his first and last love to her.

These are recommendation lists which contains Please Leave Emily Alone. You should give them a visit if you're looking for similar novels to read. Alternatively, you can also create your own list.
More Lists >>>