Novel Updates
RegisterLogin
Theme
Search
Your changes has been saved.
Advertisements
Of Mountains and Rivers

Home >
Novel >
Of Mountains and Rivers 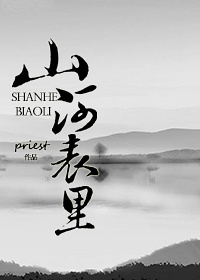 Status in Country of Origin. One entry per line
77 chapters + 3 extras (completed)

A tale of an adventure between two people secretly in love with each other.

The story follows Chu Huan, a former secret service agent who was pursuing the ringleader of a drug trafficking group, “Big Ghost”, when he accidentally fell off a cliff. A series of bizarre adventures ensue.

These are recommendation lists which contains Of Mountains and Rivers. You should give them a visit if you're looking for similar novels to read. Alternatively, you can also create your own list.
More Lists >>>

This novel is such a delight!!!! I didn't expect to fall in love with the world-building so much. It didn't have specific tags and I wondered if it was a mistake to stumble upon this, I kid you not, it's one of the best novels out there (which I say about almost every Priest novel I read). The MC, Chu Huan, he's such a badass assassin, he's smart, good looking, cunning, loveable and funny. Quite shameless, too haha. His little tricks and shenanigans backfire on him, that's hilarious to read. ... more>>
Spoiler

He was teaching the clan Mandarin and he made them call him as Big King, he was so smug about it.

Until Nan Shan asked him what best brother was called in Mandarin and he said it was b*tch. Then his name changed from Big King to b*tch/ sl*t King hahahaha. He deserved that lmao. I read the MTL version so it might be incorrect.

[collapse]
The ML, Nan Shan, he's just so lovable. He is bold, straightforward, yet blushes easily. He's so doting and protective, I love him so much. One of the best ML ever!!!! Nan Shan might be the most beautiful character in Priest's universe!!! Also, the fact that Chu Huan fell in love at first sight, who wouldn't?? I am not surprised!!! And, THEY ARE MARRIED AHHHHHHH The side characters are all well written, Yuan Ping is my favourite. He's always opposing Chu Huan, they are always bickering, they are so adorable and precious!!!
Spoiler

Lu Ge and Yuan Ping are definitely in love, I won't listen to anything else ahhhh. Priest didn't explicitly say they are a couple, but I know they are hahahah.

[collapse]
The plot was so good, the adventures, the horror, the character growth, the sadness when they sacrificed, the happiness when they succeeded, everything made me so emotional. I couldn't stop crying at the end, I didn't want to finish reading this novel as I didn't want to move on. The couple dynamic is so adorable, I think they are in my top 5 CPs!!! Plot: 1000 stars Characters: 10000 stars Main CP: 100000 stars The ending was so beautiful, I could imagine the scene vividly. Everything tied up well at the end. I cried so much, this was such a beautiful novel. I highly recommend this novel. This is just so perfect!!! Please give them lots of love~ <<less
31 Likes · Like Permalink | Report

"As I see it, as long as you are not dead, even if you have nothing at all, you still count as being alive." This was an unusual experience for me. I got into this novel without any expectations because there weren't many tags for it when I started. Now that I've finished reading, I can kind of understand how no number of existing tags can accurately describe what kind of story this is. I think that while Imperfections is about hope, Of Mountains and Rivers is about living and loneliness,... more>> told in a vivid way that is almost like a fairy tale. After spending three years enclosed from society, our MC, Chu Huan, accepts a mission as a secret agent, only to accidentally slip off a cliff upon completion. Wounded in a rural area, he takes a bus to the last station and finds two strangely dressed men holding a cardboard sign awaiting his arrival. Not being able to speak Chinese, both seem foreign to the country. After waking up, Chu Huan falls in love at first sight with the beautiful one, our ML, Nan Shan. Nan Shan wants Chu Huan to come back to the village with them to teach the children Chinese. After initially declining, Chu Huan agrees because while being nursed back to health by Nan Shan, he felt a fire that he hasn't felt in years. Thrilled, they take him back to their village on the other side of the river... It was an excellent start that was able to captivate me after six chapters. What stood out to me was the number of funny scenes there were. I really enjoy priest's humour, but none of her other novels that I've read had this high ratio of comedy. Their attempts to overcome the cultural and language barriers really killed me. Another thing that drew me right into the story was MC's tender character. While being competent and shameless, his weaknesses and vulnerability felt so real and relatable. He is slightly withdrawn and is used to going with the flow. His recklessness was balanced out by the ML's sweet, earnest and unwavering personality. Their push and pull dynamics reminded me very much of Changgu in Sha Po Lang, who are only one of my favourite CPs of all time. Nan Shan even knows the same trick that Chang Geng uses to momentarily paralyse Gu Yun, which Nan Shan has to employ because Chu Huan hides away a lot. He hides both his body (he is a spy) and his mind, constantly causing Nan Shan to fret. This also induces Nan Shan to assert his possessiveness -there is more physical intimacy in this story than in other priest's novels. Lastly, I absolutely adored the green poisonous snake with the triangular head. Strangely enough, I think the snek is my third favourite character in the novel after the CP, and unexpectedly ended up being an MVP. I don't cry that easily, and I'm not sure what my problem is, but the snek was the only character I cried for in this novel. All of this culminated in it urging me halfway through this adventure when suddenly, the real genre of the story finally started to expose itself. I was taken aback because the angst that appeared didn't come from the direction I was anticipating. All I can say is that the blazing questions that you'll surely ask will be answered at the very end and that the story relies on symbolism, which really hit home for me in hindsight. I'm looking forward to seeing how they will adapt this imaginative plot into the live action. Overall, it is one of the more accessible novels of priest: it is more compact, has more fluff in relation to the plot, and has a highly likeable CP. Please ignore all the one-star ratings, there is absolutely no reason for them. People are probably just dumb and impatient. <<less
6 Likes · Like Permalink | Report

i love priest and I love her writing and how tropey and fun her books are, but this book is seriously turning me off... the book was going fine until the main character, Chu Huan, a Han Chinese meets the other protagonist, Nanshan, the leader of an ethnic minority group (china has 55 ethnic groups) living in a village near the mountains. okay, I know priest is very uncritical of race relations (see: 杀破狼 Sha Po Lang) although in that book I could still sort of close an eye; but... more>> in this one, the full racialized differences come out: Nanshan is uneducated and exotic. BUT very handsome and very intelligent, which makes him desirable and admirable. their language barrier is narrated with a lot of humor, but Chu Huan is the 'center' and Nanshan is the 'fringe' -- Nanshan is expected to communicate in Chinese, and jokes are played on his clumsy Chinese. sigh... <<less
2 Likes · Like Permalink | Report
Advertisements
Leave a Review (Guidelines)
You must be logged in to rate and post a review. Register an account to get started.